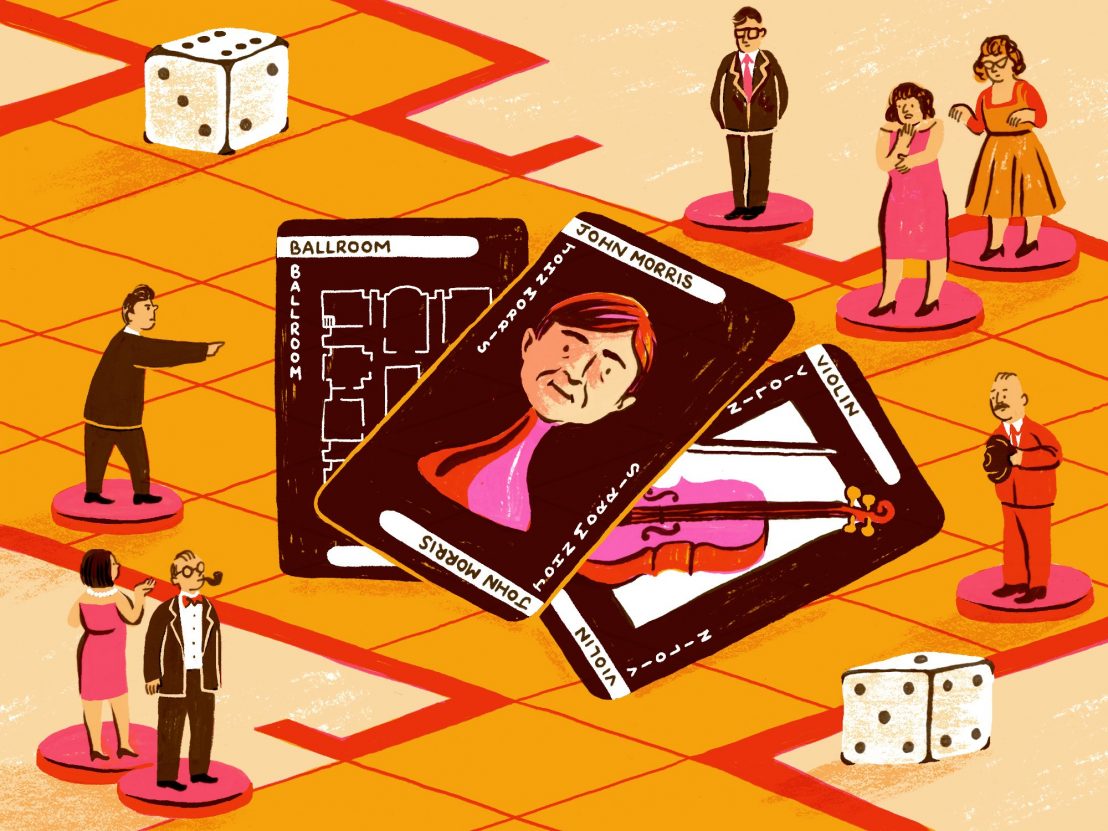 When Clue was released in 1985 it received lukewarm reviews from critics who labelled the film, which was a big screen adaptation of the murder mystery board game Cluedo, “gimmicky” due to its three different endings and a central Tim Curry performance so frenetically camp it’s as if he’s ingested all of the speed in Hollywood.

But time has been kind to the crime comedy. The spooky old Hollywood atmosphere, Curry’s infectiously fun role as tour guide-cum-butler Wadsworth, and the film’s snappy dialogue – particularly from the wry Mrs White (Madeline Kahn): “Life after death is about as probable as sex after marriage”; “Husbands should be like Kleenex, soft and disposable” – combine to make Clue feel like Scooby Doo for adults.

Arguably the glue holding the film together is John Morris’ energetic score. An ironic take on a Hitchcock horror, the composer, famed for his collaborations with Mel Brooks, mixes strings with ’80s synths as the film’s tone rapidly shifts from spooky to stupid. For the climatic ‘I know who did it’ section, the score is basically the fuel that powers Curry as he sprints around the mansion, retracing the killer’s steps. The mansion theme, meanwhile, is fabulously brooding, the hammy music helping mould the film’s self-aware schlock.

“It was such a charming movie that I just loved as a kid,” Merrill Garbus, the lead singer of art pop duo Tune-Yards, tells LWLies. “Morris did this perfect send up of a suspense score and when all those camp strings came in, it was like, ‘You should be scared now!’ I love how signposted it all was. It’s a lot like going on a haunted house ride at one of those old theme parks. It’s so cartoony.”

Since releasing their experimental debut LP ‘Bird-Brains’ in 2009, Tune-Yards have pioneered an innovative brand of hyper-animated dance music. The chaotic drums of ‘Gangster’ and ‘Water Fountain’ are destined to make you dance with no inhibitions on a hot summer’s day. A lot like Morris’ Clue score, Tune-Yards’ music is playful and capable of unexpected shifts in tone, with Garbus’ velvety voice gliding through each track like Wadsworth jogging through the different rooms of the haunted mansion.

“Maybe Clue has been a subconscious influence all this time,” reflect Garbus, adding a cheeky giggle. “I love Clue because it is such a relic of the slapstick comedy era. John Morris also did Young Frankenstein and Blazing Saddles, which are quick-witted comedies that don’t really exist anymore. You wouldn’t expect a film based on the Cluedo board game to have such rich instrumentation, but it really does.”

She continues, “At the end of the movie you get three different endings, where the killer changes each time like the board game, and his music takes on this rapid pace as Tim Curry runs around the mansion explaining how the killer did it. It made me fall off the couch laughing when I was little. He uses the same harmonic template, but a slightly different take on the music by gradually speeding it up. Being able to surprise your audience with music is very important and Morris could do that so very well.”

Tune-Yards (also comprised of bassist Nate Brenner) have now graduated to Hollywood, with their score for director Boots Riley’s absurdist 2018 comedy Sorry To Bother You driving the film’s offbeat satire. The score perfectly captures the eccentricities of Bay Area rappers such as E-40 and Mac Dre while paying tribute to horror oddities such as The Wicker Man and Suspiria.

According to Garbus, making this step up wasn’t easy, with the duo putting “thousands of hours” into the score. “Scoring stuff is a series of trial-and-error experiments. We have to send things to the director and say, ‘This is what we made based on your screenplay, what do you think?’ You need a lack of ego and not to get stuck on one thing.

“Boots might ask us to change a key change into a minor rather than a major, so you need flexibility and to be able to work on changing something until it turns into gold. When you deal with a director with a clear idea of the mood they want to evoke, it might mean five times more of your music goes into the trash can than it would normally, but when it all comes together it’s such a lovely feeling.”

Their next film score, which Garbus strongly hints could be another collaboration with Riley, will heavily reference the soundtrack to the 1962 psychological thriller Cape Fear. Garbus says she and Brenner were directly influenced by composers like Morris, who are able to put a fresh spin on something that’s already familiar.

“It isn’t easy to write music like Clue because Morris is putting an ironic gaze on something we already know so well. We already know Hitchcockian suspense, but how do we do it a little too obviously so the audience is able to laugh at suspense? It’s a curious balance. Conducting an orchestra to play ironically isn’t easy, but Morris does it in such a formidable way.”

Garbus is also a talented puppeteer and, before Tune-Yards took off, she would host experimental puppet operas to small audiences at a theatre in Vermont. She says this experience made her greatly respect composers who write music for comedies, particularly because they often don’t get their dues due to snobbery around the art form.

“I think comedy composers often don’t get their dues and aren’t taken as seriously as other musicians, but to parody something you need to nail that style exactly. You need to tear apart the thing itself and then rewire it so it becomes a social commentary. When you think about how someone like Morris does a parody of a successful score, you’re not always considering how much work and energy that takes. I hate snobbery around those kind of musicians; Weird Al Yankovich is a genius!”

The Clue score taught Garbus that movies and pop music could be interlinked, and she says it would be a “crime” if new generations didn’t discover it too. “The Clue soundtrack taught me that you could turn a movie into a pop song. It taught me that creating something someone goes out the theatre humming is beautiful. They go to see your movie for the story, but if they come out singing your song it is a big bonus and something a person never really forgets. This is the exact experience I had watching Clue as a child and that happy feeling has stayed with me.” 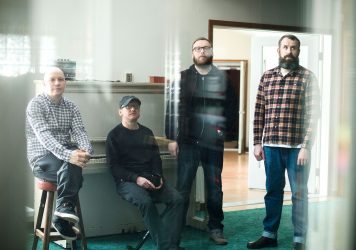 Mogwai on how to turn a film score into an album