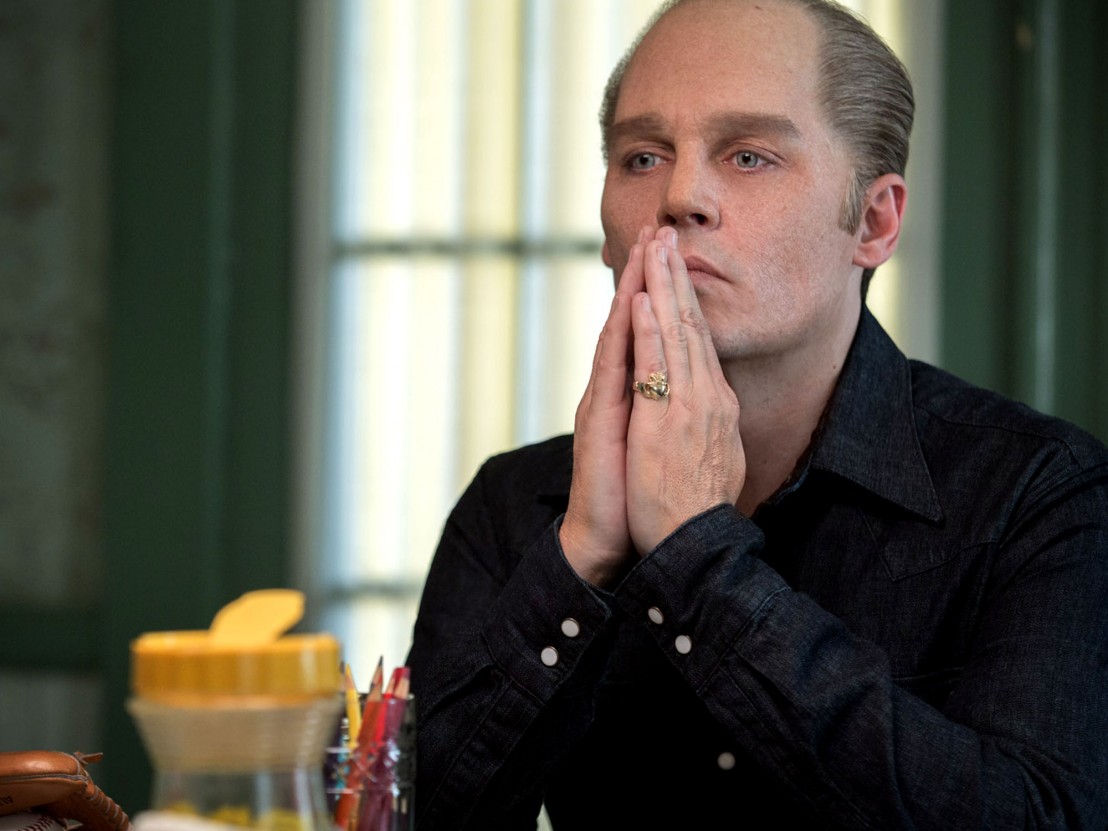 It might be hard to believe, but notorious mob boss James “Whitey” Bulger, portrayed by Johnny Depp in the new film Black Mass, was able to build his criminal empire in Boston unimpeded because he was effectively given a free pass for years by the FBI in exchange for feeding them scraps of information relating to the activity of other criminals. Depp’s performance as Bulger matches the astonishing source material – he plays the pale, gaunt gangster like Gary Oldman played Dracula – a charismatic, shadowy figure who seems virtually untouchable.

Scott Cooper’s biopic is based on a book of the same name by Dick Lehr and Gerard O’Neill, the latest in a long line of extraordinary, outlandish American true crime novels to have be adapted for the screen. Inspired by Black Mass, here are six more of the best, which, if they hadn’t all been true, no one would have dared make up.

Sergio Leone’s gangster epic, about childhood pals turned big city crooks, was based an autobiography of Grey’s life as a gangster (Robert De Niro was to play “Noodles” in the film), which Grey claims to have written while in prison. “He dares to tell the truth about cold-blooded Killer Mobs and how they work,” raved pulp writer Mickey Spillane on the original book jacket, though Grey has admitted that a good deal of ‘The Hoods’ was either invented or embellished to protect others from incrimination. Leone had been trying to make the book into a film since the late’60s, and Grey sadly died just as the film was about to go into production. All the lying, cheating, stealing and beatings made ‘The Hoods’ the perfect prototype for Goodfellas.

In 1963 two LAPD cops pulled over a car because of a faulty back light. In the car were two desperate criminals, who, incredibly, managed to kidnap the cops and drive them out to a field to execute them. One of the cops was killed, and the other escaped, only to be tormented by guilt, his life and career disintegrating in the aftermath of the incident. The story presented potential Hollywood producers with a problem: the cops in the film aren’t heroes, and the criminals are seedy lowlifes. Neither good nor evil triumph – all that is clear is how insignificant one’s fate is in the grand scheme of things. In the end Wambaugh had to produce the film of The Onion Field, in 1981, independently; and it’s perhaps more powerful and affecting as a result. John Savage’s performance as irreparably damaged cop Karl Francis Hettinger is truly heartbreaking.

Michael Mann’s Thief, starring James Caan, was based on Frank Hohimer’s thrilling book ‘The Home Invaders’, which details its author’s career as a top rank cat burglaries for the Chicago Mafia. Incredibly, one of the first things Hohimer did during his raids, which netted him between $3m and $5m a year, was to check the fridge for baby formula. If he found any he would, “heat it up, find the baby and put the bottle in its mouth, and then change the diaper. If that baby wakes up, a mother’s instinct is to wake up the second that baby cries hungry or wet.” During one burglary – which is notably omitted from the film – Hohimer was caught in the act by a woman who then asked him if he would kill her husband for 10 grand. Hohimer calmy gave the woman a phone number and told her to ring it in a few days. “I’ll say ‘FBI’ and that way you can be sure it’s me, and then you tell me what you want doing and that way I can be sure it’s you.” The number was for the actual local FBI office.

In the 1970s, tarnished NYPD detective Robert Leuci agreed to help investigate illegal police activities (which included taking drug dealers’ money as well as their heroin and cocaine, which they resold), and, in doing so, found his loyalties torn and his life descend into a maelstrom of legal bureaucracy and betrayal. Sidney Lumet had form directing films about real-life cops blowing the whistle on police corruption – 1973’s Serpico was itself based on a book by Peter Maas about a virtuous NYPD officer named Frank Serpico. 1981’s Prince of the City, a fitting companion piece to Serpico, features a towering central performance from Treat Williams as a cocky, idealistic cop reduced to a nervous wreck when several colleagues whom he implicated commit suicide – using their own service revolvers, no less. Leuci, who retired from the force to become a writer and teacher, died in October aged 75. Although a disappointment at the box office, Prince of the City is now regarded as a classic.

The story goes that when Martin Scorsese finished reading ‘Wise Guy’ by crime journalist Nicholas Pileggi he had already made up his mind that he was going to turn it into a movie. It’s easy to see why – Henry Hill, who Pileggi describes as “a hood, a hustler, who schemed and plotted and broke heads, who knew how to bribe and con, a full time working racketeer, an articulate hoodlum,” is a fascinating character, having begun working for the mob at 13 and unabashed about the thrill that stealing and spending money gave him. Scorsese once remarked of the characters, “They broke all the rules, so the film would have to break all the rules.” Hill’s rat-a-tat recollections provided Scorsese with the film’s superlative voiceover as the lavish and stylish gangster lifestyle gradually turns sour:“I threw the guns in the trunk of the car, and I heard this helicopter. I looked up and saw it. It was hovering right over my head and it was red. You notice a red helicopter over your house at seven o’clock Sunday morning.”

‘The Iceman: Confessions of a Mafia Contract Killer’ by Philip Carlo (2006)

Based on Philip Carlo’s biographical portrait of Mafia hitman Richard Kuklinski, the 2012 film The Iceman, which stars Michael Shannon as the bi-polar family man/cold-blooded killer, doesn’t come close to capturing the grimy, matter-of-fact carnage that Kuklinski meted out in New York throughout the 1970s and ’80s. In one particularly horrifying chapter, Kuklinski recalls how, short of contract work, he would regularly drive into New York and murder down-and-outs using portable power drills or knives – just for the buzz of the kill. By the end of the book, Carlo claims Kuklinski was the funniest person he ever encountered, and would have made a terrific stand-up comic. The film is a dud, chiefly because it forgets to pitch Kuklinski’s Grand Guignol reign of terror as black comedy.