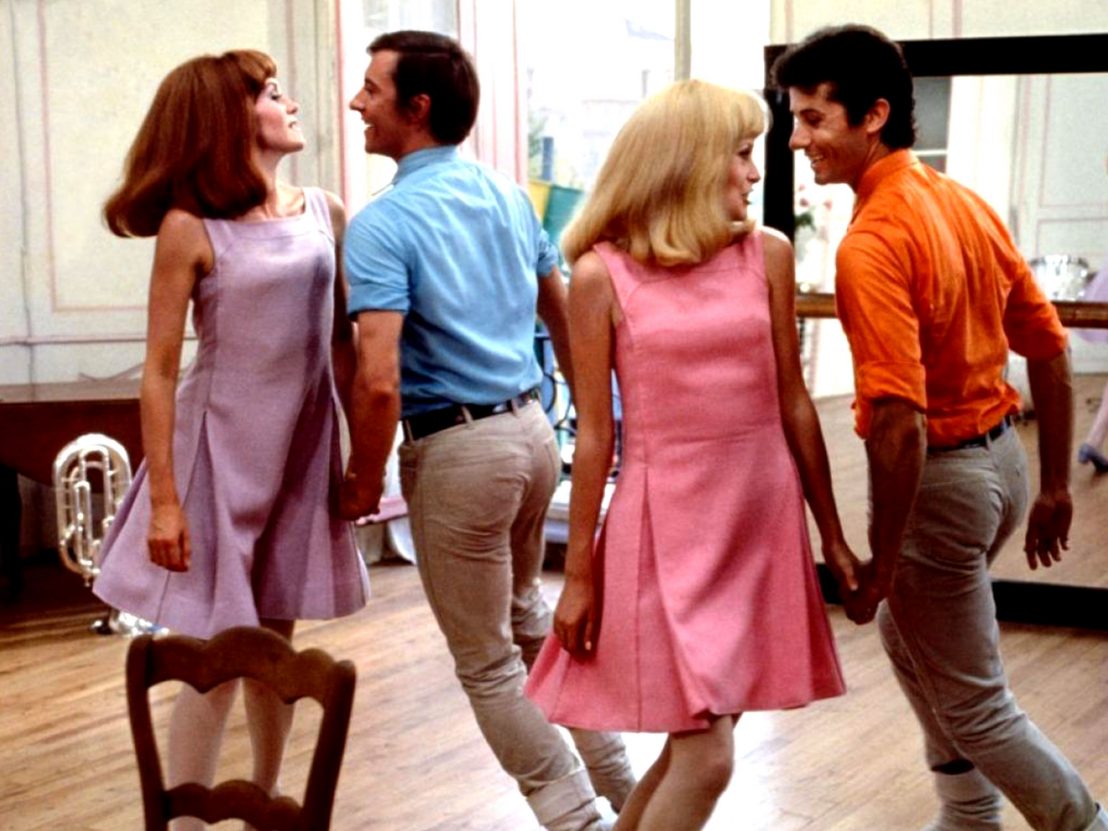 Few French films of the 1960s match the sheer visual audacity, humane spectacle and radiant colours of Jacques Demy’s The Young Girls of Rochefort. Mixing Hollywood Technicolor splendour with a distinctly fairy tale vision of postwar France, Demy achieves in his chosen form of the musical what many of his New Wave contemporaries achieved in their own respective reclamation of American genres, and certainly with the same high standard.

The young girls in question are sisters Delphine (Catherine Deneuve) and Solange (Françoise Dorleac), a ballet instructor and musician in the provincial town of Rochefort looking for love and escape. A festival is taking place in the town over the weekend and soon a variety of characters are performing their own comedy of errors, dancing gradually towards each of their natural desired loves.

Demy’s film is as much a vehicle for the real life sisterly pairing of Deneuve and Dorleac as much as anything else. Their on-screen relationship is otherworldly, at times barely acting as they shoot each other glances of affection and joy at the sheer fun they’re having with the roles. This is even considering how Deneuve was far less versed in physical performances, having to go the extra mile with the dance routines in particular to get up to scratch with her already trained sister. With this being Dorleac’s penultimate film before her tragic death in a car crash the year of the film’s release, however, a sense of melancholy is present in hindsight. At least Demy captured this chemistry for posterity. 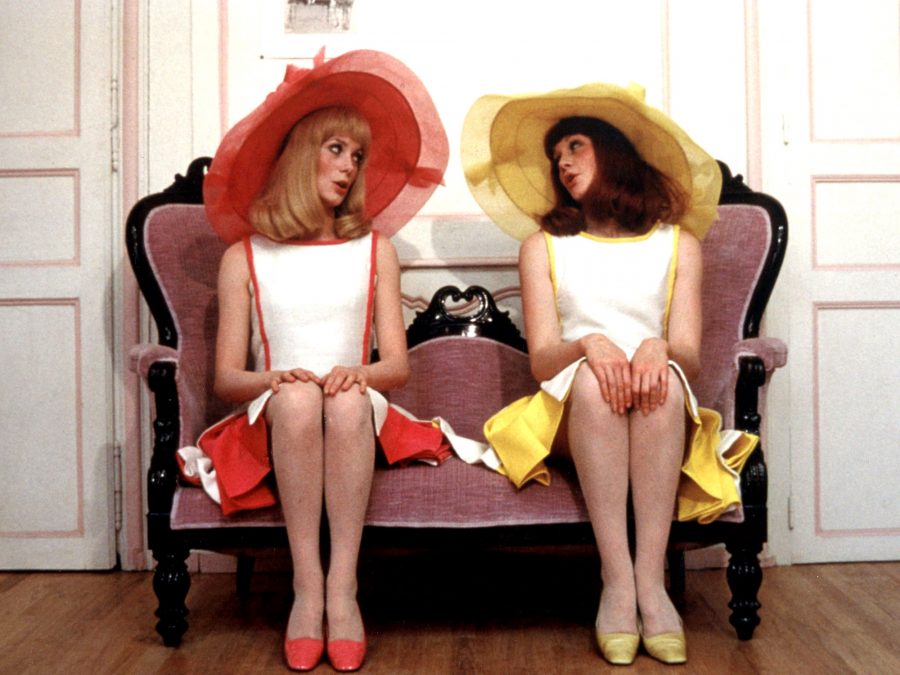 It’s impossible not to appreciate the distinctly French augmentation that Demy quite naturally performs in his film. As typical for the director, he consciously takes the very basics from Hollywood musicals but always retains a distinctly unusual French flavour. Balancing alongside the presence of Gene Kelly and obvious nods to Stanley Donan musicals, for example, is a sub-narrative regarding a sordid and gruesome murder. The visual world is also littered with distinctly late ’60s images of logos and consumerism adjacent to provincial architecture. It’s an unusual mix and yet the bravado of the whole film allows it all to work.

Michel Legrand’s music ties all of Demy’s lavish, dreamy visuals together and is arguably the strongest element of the film. Aside from the now-famous songs (is there an instance of any French sisters not attempting at some point to sing ‘Chanson des Jumelles?’), Legrand’s motifs litter the film in casual as well as overt moments, portraying the era’s penchant for cool lounge and soft jazz as much as big, show-stopping numbers. It’s one of Legrand’s highlights and that’s saying something considering his long and esteemed career.

In the end, Demy creates something truly original. Rather like with Jean-Luc Godard and François Truffaut (albeit in their case with genres such as crime and melodrama), Demy looked to the films he loved simply as a point to jump off. From there he goes his own way and turns that most American of forms into something refreshing and distinctly of its place and period.

The Young Girls of Rochefort is out now on Blu-ray courtesy of the BFI.