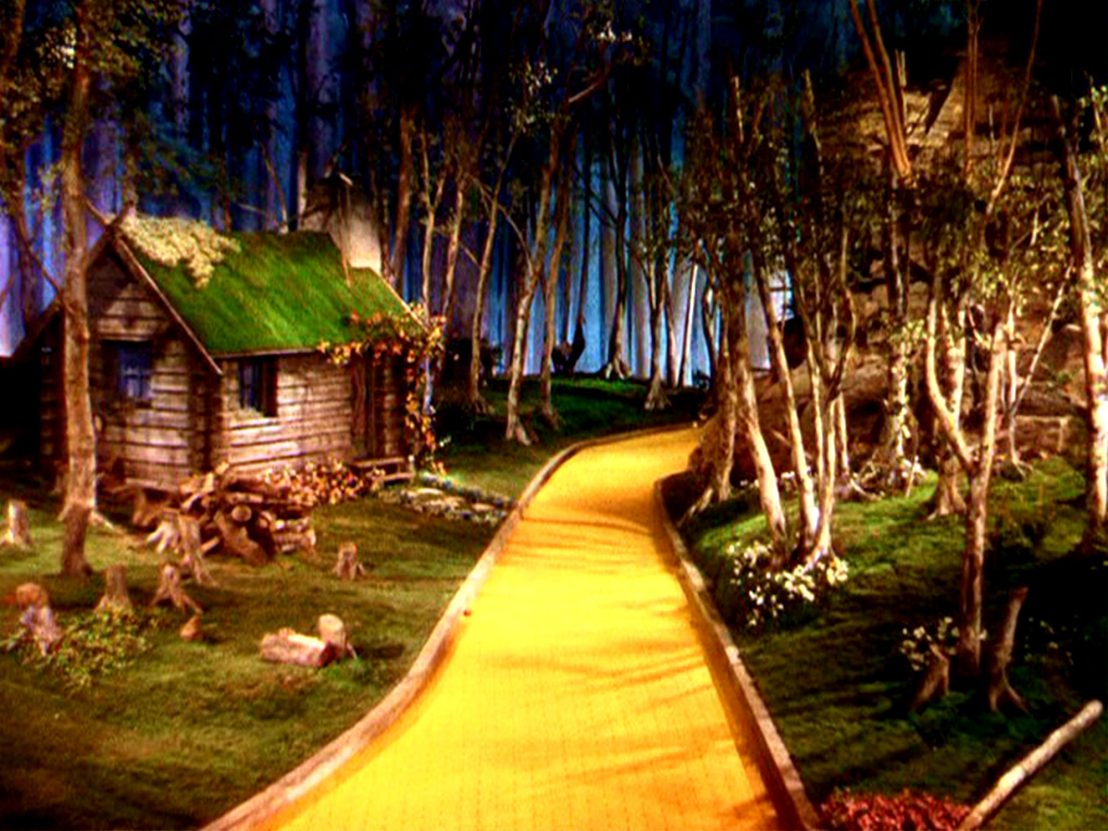 Released 80 years ago, Victor Fleming’s The Wizard of Oz is best remembered – and indeed beloved – for its pioneering use of Technicolor (in Baum’s book, Dorothy’s shoes are silver, not ruby; they were changed to showcase the new colour motion picture process) and for composer Herbert Stothart’s Oscar-winning score.

Of course, the film is also notorious for exacerbating both Judy Garland’s use of amphetamines and barbiturates – prescribed to her at the behest of Louis B Mayer in order to increase the young star’s productivity on set – and her self-image issues. Mayer later referred to the 16-year-old as his “little hunchback”, and in 1947, less than 10 years after her breakthrough role, Garland tried to kill herself for the first time.

Darkness abounds in The Wizard of Oz. The man originally cast to play the Tin Man, Buddy Ebsen, ended up in an iron lung after his silver make-up, made up of aluminium powder, got into his lungs. Wicked Witch Margaret Hamilton also spent time in the hospital, suffering second-degree burns on her face and third-degree burns on her hand. Once recovered, she returned to work under the proviso she would no longer have to work with fire. Her stunt-double, Betty Danko, subsequently spent 11 days in the hospital after the ‘broomstick’ she was sat on – basically a painted smoking pipe – exploded. The burns on her legs never healed.

Delving deeper into the film’s murky backstory, there is one urban legend that repeatedly surfaces: that an actor who played a Munchkin can be seen hanging themselves during the scene – which has come to be known as the Tin Woodsman sequence – where Dorothy, the Scarecrow and the Tin Man skip down the Yellow Brick Road bound for the Emerald City.

The studio’s official line has long been that what looks like a little person swinging from a tree is actually a shadow cast by a large crane, hired by Fleming, along with other animals from the Los Angeles zoo, in an attempt to make the forest seem alive. It is said that as the trio began skipping down the road, the crane unfolded its wings defensively, casting a strange shadow in the background.

This supposed myth is complicated further by the multiple versions of the film that exist. When The Wizard of Oz was re-released in 1989 for its 50th anniversary, the confusing footage had been cleaned up. The bird appears in a different place to where it first appeared. This is the version that is now considered the definitive cut, the one you’ll likely have seen on television. Yet if you review the original footage, it still feels like something is off.

Snopes.com, the internet’s go-to resource for fact checking urban legends and folklore, suggests alternative theories for the illusion, including a stagehand wandering on set, or even falling from one of the trees. They note that it is important to remember the resolution of the film when shown on television – when the ability, via VHS, arrived to fast forward and rewind footage – isn’t as sharp and as distinct as when the film was shown in cinemas. It was only when the film was released on home video that the legend really took on a life of its own. Details were added to the story; the actor playing the doomed Munchkin was ‘lovelorn’, and the actor’s behaviour during the production was brought into question.

Producer Mervyn LeRoy once stated that the actors “had orgies in the hotel and we had to have police on every floor”. Garland, as well as alleging that many of the Munchkins groped her, recalled them as “drunks” who “got smashed every night and the police had to scoop them up in butterfly nets.” Make-up artist Jack Dawn once told the story of a German little person who got drunk, fell into a toilet and had to be rescued. What is not widely enough known is that the US actors cast as Munchkins had just survived the Great Depression, many working as carnival ‘freaks’ or as vaudeville comedy acts. Others had fled Nazi persecution in Europe.

In May 2018, the last surviving actor to play a Munchkin in the film, Jerry Maren, passed away aged 97. He often said that the Munchkins’ alleged bad behaviour had been overstated, citing a combination of excitement – for many it was the first time they’d met others like them; Maren was the only little person in his own family – and the wages paid to them. “My father worked in a hotel and earned $5 a week,” Maren once recalled. “I got $50 a week [on the film].” And yet Terry, the Cairn Terrier that played Toto, was paid $125. Leo Von Singer, manager of popular vaudeville group ‘Singer’s Midgets’, was paid $100 for every little person he brought in. He pocketed 50 per cent.

The fact that the Munchkins weren’t due to arrive on set until after the Tin Woodsman sequence had been filmed should be enough to put paid to the legend that one of them met their maker in the woods. The exploitation of an already beleaguered minority should be remembered and analysed without a sinister tall tale tainting their legacy. 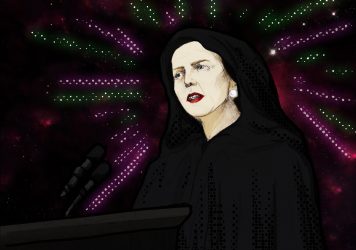 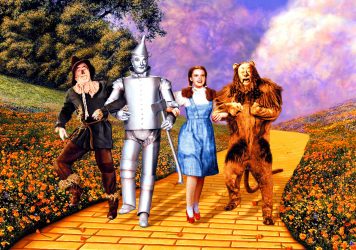