The scandalous folly of Michael Winner’s The Wicked Lady

There’s much more to the cult director’s rustic softcore romp than meets the eye... 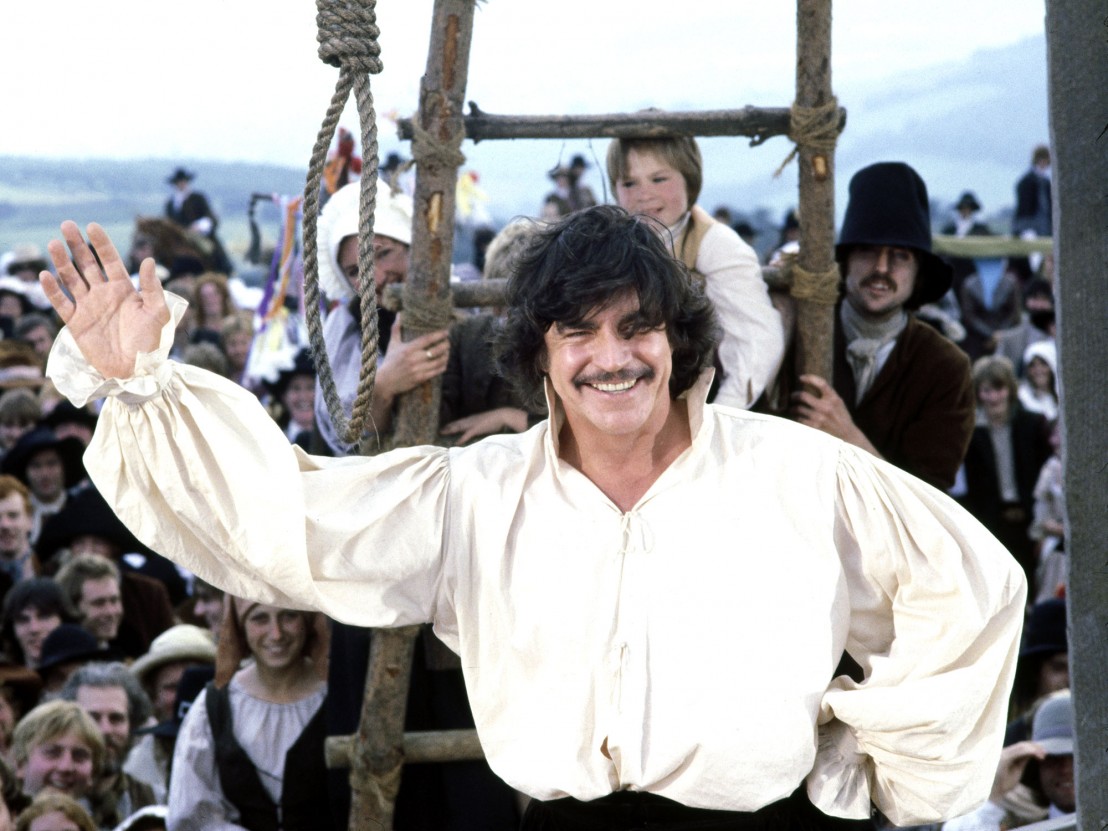 Despite being best known for Death Wish and its censor-baiting sequel, and for becoming, in later life, a boorish restaurant critic, Michael Winner was a versatile director who produced some seriously entertaining films. This past year has seen the DVD release of his previously unavailable 1963 London crime drama, West 11, as well as 1967’s Swinging Sixties satire I’ll Never Forget What’s’isname, starring Oliver Reed. Now his infamous 1983 remake The Wicked Lady makes its UK DVD debut.

This was a passion project of Winner’s, who became a big fan of the original 1945 film, starring Margaret Lockwood, when he saw it as a boy, but felt the production was hidebound by the studio sets. Winner reworked Leslie Arliss’ original script, itself based on the novel by Magdalen King-Hall, the supposed true story of a 17th century noblewoman who became highway robber to revive the family fortune.

Winner updated the film the only way he knew how – with sex and violence: by the time the opening credits have rolled, the film has already earned its 18 rating. We see a crow pecking the brains out of a corpse in a gibbet, a man with a rope around his neck dragged across a field by a horse, and a naked couple copulating in a barn.

The tone is somewhere between the rustic horror of Witchfinder General and the softcore romp Young Lady Chatterly 2, with lavish costumes and beautiful shots of horses thundering across the countryside. The likes of John Gielgud and Denholm Elliot play it very straight, yet veer into overwrought camp melodrama filled with appalling stunt work and, as was Winner’s penchant, nude women at every opportunity. Somehow, it all comes together to make for a delightful feature.

Faye Dunaway, unfairly nominated for a Razzie for her lead role, is rather good as the rapacious, thrill-seeking Lady Skelton. Alan Bates gives a fiery performance as infamous highwayman Jerry Jackson – in a standout moment he delivers a rousing speech in the shadow of the hangman’s noose. Naturally, Winner undercuts this stirring moment by following it with the film’s most infamous scene, in which Dunaway engages in a whip fight with a topless Mirina Sirtis. It caused a stir with the censors when the film hit cinemas in 1983, but viewed today it’s nothing worse than you might see in an episode of Game of Thrones.

British beefcake Oliver Tobias plays Dunaway’s love interest, sporting a series of is unintentionally hilarious oversized hats (including one made of pink felt), and an ill-fitting wig. Winner has him indulge in a lengthy, orange hued fireside lovemaking scene – which no doubt led to the BBFC describing the film on its website as containing nudity, strong sex and “some thrusting and movement”. That’s less a warning than a recommendation.

The Wicked Lady is released on DVD 4 July courtesy of Second Sight.