Alex Proyas’ homage to classic tech-noirs like Blade Runner, Brazil and Akira was released 20 years ago. 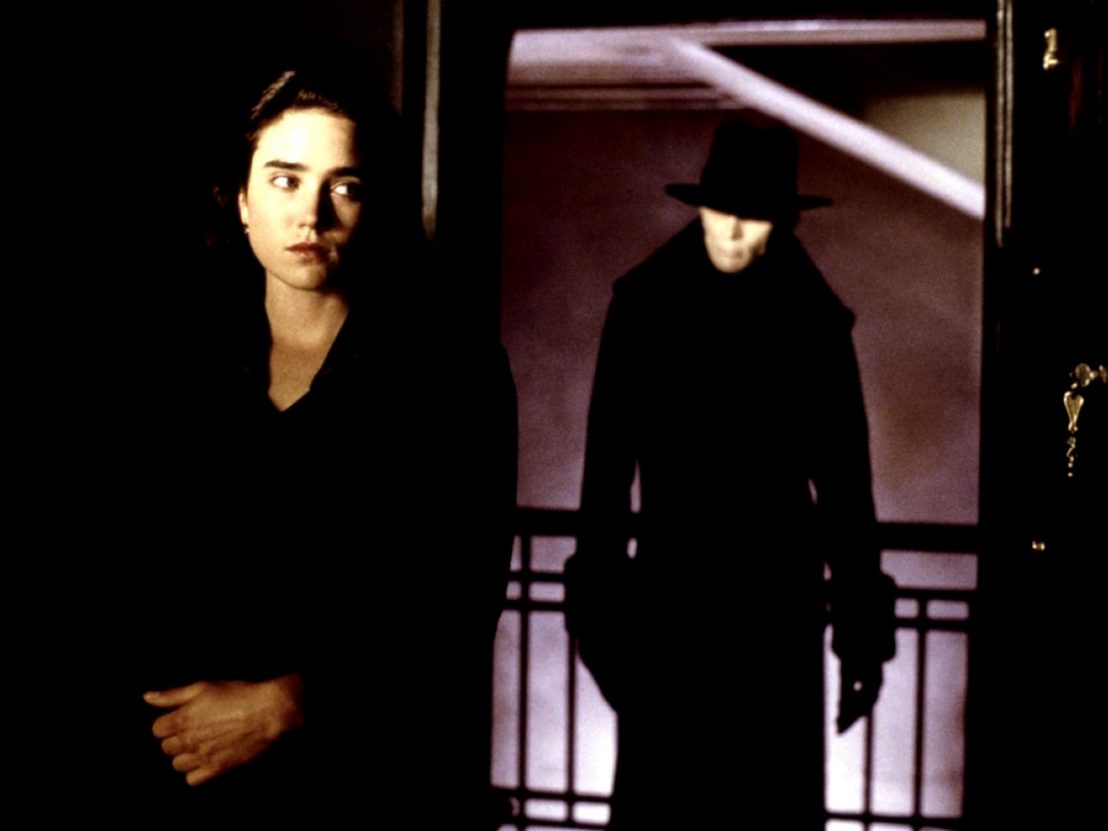 At first glance, Alex Proyas’ Dark City is little more than a glorified pastiche. A man named John Murdoch (Rufus Sewell) wakes up in a bathtub, not knowing who he is, how he got there, or how the woman in the other room ended up dead. Murdoch frantically departs the scene before police arrive. We’ve seen this premise countless times before in film noir, just as we’ve seen the muted 1940s cityscape that Proyas recreates in sweeping detail. As the manhunt for Murdoch escalates, however, the reality of the world around him, as well as the genre through which his story is being told, comes undone.

In a supremely bizarre turn, Murdoch learns that the eponymous city is being controlled by alien beings called Strangers, who rearrange the surrounding architecture and implant their human subjects with false memories to study them. Murdoch proves immune to these implants, and uses his newfound talent to escape beyond the city’s forbidden walls.

Effectively laying any notion of pastiche to bed, this turn makes explicit the film’s duality. The rest of the story breaks into distinct yet interdependent halves: the first being a classical film noir, a search for the culprit behind the opening murder. The second, and far more ambitious, being a deconstruction of the genre itself, with science fiction elements allowing the characters to question and eventually recognise the artifice of the stylised world around them. What is cinema, after all, if not the perfect medium to inspect reality up close?

These metatextual (or meta-noir) themes inform the film’s intricate visuals. The city simultaneously functions as a real-life set and as the fictional set upon which the Strangers have arranged their own human performers. It is said be made from “stolen memories, different eras, different pasts, all rolled into one,” a rather fitting description given Proyas’ homage to classic tech-noirs like Blade Runner, Brazil and Akira. He takes the metaphorical oppression of the city in these films and depicts it literally, with entire blocks that shift and transform to heighten the paranoia of its inhabitants. Every street Murdoch traverses is unfamiliar; every alleyway poses a threat. It’s through these disorienting touches that Proyas captures the madness of what living in a film noir might actually be like.

There’s a similar deconstruction with regards to narrative. Stock genre characters are provided, from the stuttering informant (Kiefer Sutherland, doing his best Peter Lorre impression) and the smouldering femme fatale (Jennifer Connelly) to the hardened policeman (William Hurt), but they’re inverted to reflect a world where the “unreliable” protagonist is thinking clearly, and it is everyone else who is lost. “How do you think I could forget a thing like that?” Hurt muses, upon fumbling the details of a cherished memory. The moment causes a rift in his psyche, and a realisation that, perhaps he’s more than the stoic flatfoot he’s been tasked with playing. Here, the rejection of false identity and the rejection of noir cliché become one in the same.

The film’s sci-fi trappings eventually take over in the finale, with Murdoch assimilating the telekinetic powers of the Strangers and destroying them in spectacular fashion, but the aftermath is more appropriately downbeat. While Murdoch succeeds in his rebellion, neither he nor anyone else learns their true identity. They are all stuck with the identity arbitrarily assigned to them by the Strangers. The performance goes on. If we are to go by media professor Ken Hillis, however, who states that “noir protagonists reflect an existential awareness of the impossibility of their own enlightenment,” than Murdoch, who willingly embraces his remodelled utopia, has found the next best thing: the illusion of enlightenment. In keeping with the film’s duality, Proyas’ ending is both hopeful and hopeless regarding the human condition.

Dark City failed to gain much attention upon release, overshadowed, like so many films, by the box office stranglehold of James Cameron’s Titanic. It quickly gained a cult following, however, and its influence on contemporary sci-fi and film noir has been extensive. The Wachowskis’ seminal Matrix trilogy is the most obvious, recycling not only story beats but the very sets that Proyas designed, while Christopher Nolan and Rian Johnson have mined it more subtly in triumphs like Inception and Looper, respectively.

That the film has maintained its appeal in spite of this is a testament to its singular brilliance. Twenty years on, it continues to defy easy categorisation, equally committed to honouring cinema’s past as it is in unravelling it.