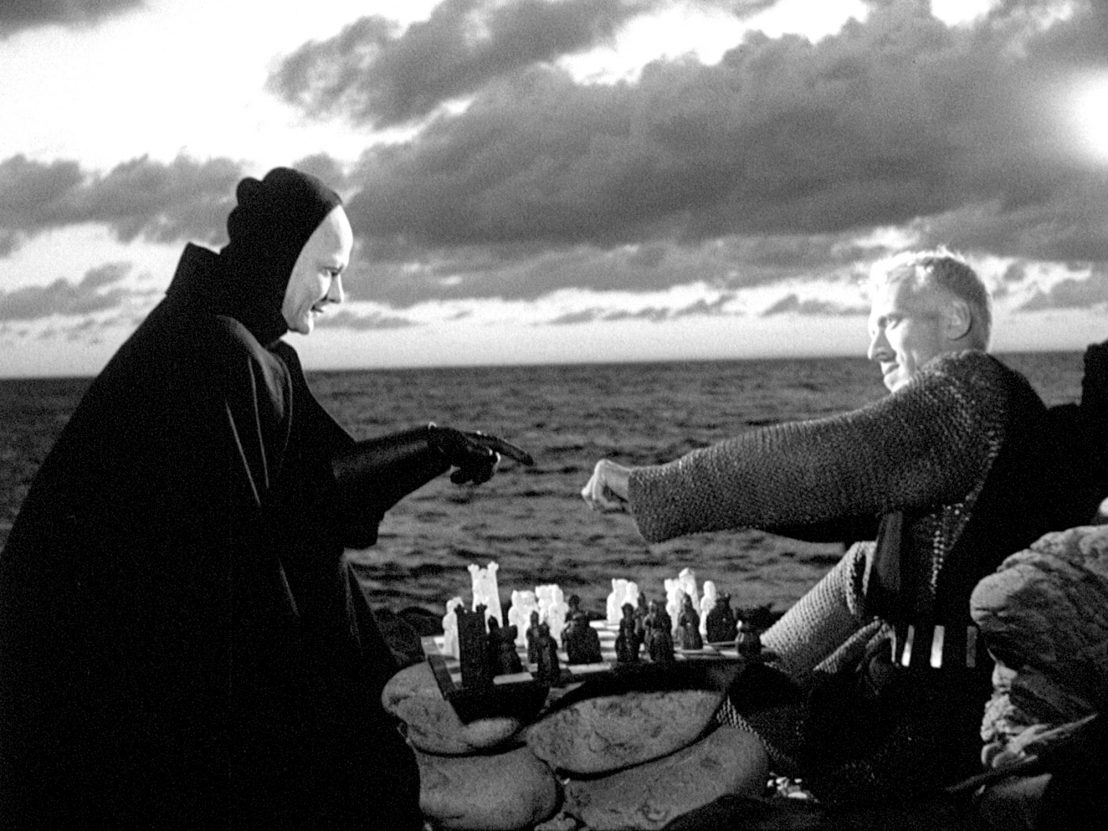 It’s 60 years since Ingmar Bergman’s The Seventh Seal was released, and chances are you know what it looks like, even if you haven’t actually seen it. The gloomy existential classic, whose central motif is a chess game between a medieval knight and Death, has been parodied by the likes of Woody Allen, Monty Python and the Muppets (twice). The saving grace of Bill and Ted’s Bogus Journey, the lacklustre 1991 sequel to their hilarious Excellent Adventure, is a scene where William Sadler’s Death allows the heavy metal-loving heroes to choose the game that will decide their fate, leading to the movie and Sadler’s best line: “you sunk my battleship”.

As a teenager I was aware of The Seventh Seal as the archetypal arthouse film – intimidating and impenetrable. Its opening shots contain images of the sea and the sky in high-contrast black-and-white, accompanied by quotes from the ‘Book of Revelation’ and music from Erik Nordgren’s intense operatic score. Everything we know about the film and Bergman up to this point tells us it’s going to be hard work, and that answers won’t come easily, if at all. But then the action begins: Bengt Ekerot’s Death arrives to claim the medieval knight, Antonius Block, and Antonius instigates the most theatrically symbolic, least arcane device imaginable: he challenges Death to that infamous game of chess.

Bergman is best known as a filmmaker, but he also worked in theatre and wrote prolifically for radio. From the moment Death and the knight sit down to play, The Seventh Seal unfolds with the necessary clarity of a radio play. Although the film’s central question about the existence of god and the afterlife is as lofty as they come, any attempts at expressing it are made through omission, by focussing on what we see and know. When in the opening lines Antonius tells death that his flesh is afraid of dying but he is not; or when his squire – speaking to a church painter – mocks the concept of death but grows queasy hearing about the ravages of the plague, Bergman is bringing our concerns constantly down to earth. 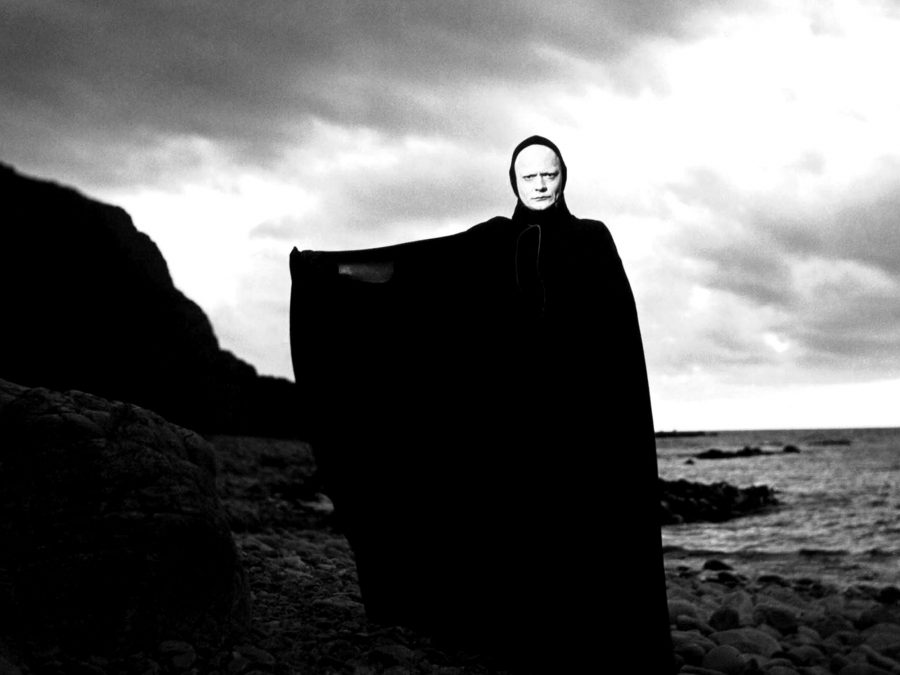 Whether bitter or sweet, the film’s most poignant moments are all about physicality. The troupe of actors whose path will later collide with that of the knight and his squire are introduced via a shot of them waking from a carefree sleep, heads together on a bed of straw. Jof and Mia, the husband and wife of the trio, are tactile and intimate, and when we share in the first of Jof’s visions, in which he sees the Virgin Mary and child, these are not untouchable saints, but a smiling mother teaching her chubby toddler to walk barefoot on the grass. The image draws its emotional resonance not from religion, but humanity. Later, when the two groups of characters first meet and share a meal of milk and wild strawberries, Antonius’ thoughts turn to the pleasures of food, music and company. When Death appears to pull him from the actors’ company and resume the fateful game, Block meets him with a light heart, even mocking him.

Encounters with Death are often treated more lightly than those with other humans. The film’s most harrowing subject is by far the treatment and burning at the stake of a young girl accused by her fellow men of communing with the devil, whereas Death is ultimately indifferent, and the sassiness with which he expresses it, ironically, the source of much of the film’s humour. When he comes to collect Jonas Skat, the third member of the troupe, by sawing down a tree in which he is hiding, the actor’s futile pleading is as touching as the scene’s slapstick setup is amusing.

The Seventh Seal is one of the first Ingmar Bergman films to occupy a more challenging terrain, but it nonetheless remains an earthly and accessible movie. Antonius, and by extension the director, frequently returns to his vague musings on the existence of god, but it’s only as the chess game draws to its end that the film’s true solution to the problem becomes clear. Death announces the inevitability of his win, and Antonius comments, almost relieved, that this means his secrets will be revexaled. “I have no secrets”, replies Death, “I am unknowing”.

The film is saying that death is a knowable phenomenon. It falls thoroughly on this side of the great divide, but tells us nothing about what lies beyond. For all our expectations of obscure and intimidating metaphysical questions, The Seventh Seal refuses to speculate or tell us anything we don’t or can’t know. Instead, it allows us only familiar things, the stuff of life, and then invites us to imagine an existence without them on our own time. 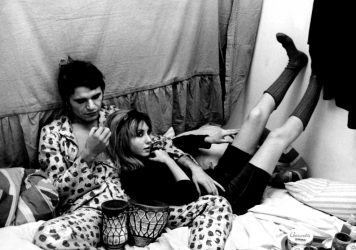 The director’s astonishing 1969 film was shown from the only known 35mm print in existence.