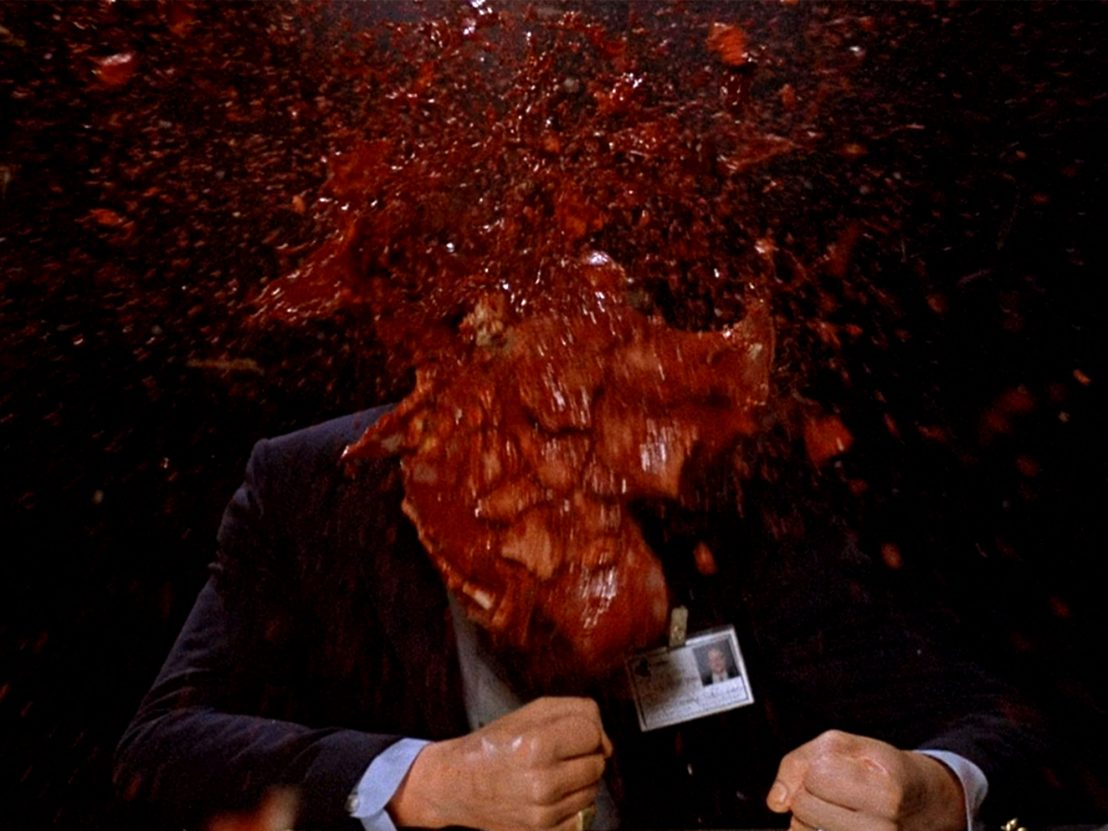 A filmmaker obsessed with the emergent relationships between technology and humanity, David Cronenberg has been one of the most perceptive and prophetic observers of modernity for over half a century. Combining a cold, analytical gaze with a penchant for the gleefully grotesque, his visions of the present and the near-future have always been troubling, though it has sometimes taken a while for our own reality to prove how troublingly accurate they were. This was certainly the case for his 1981 sci-fi horror Scanners.

The film concerns artificially-enhanced individuals with extraordinary psychic abilities, and a shady corporation’s hunt for one member of the titular group, Darryl Revok (Michael Ironside), who has been wreaking havoc with his powers as part of a plan for global domination. Four decades on, Scanners is still probably best known for an early scene in which Revok shows what he’s capable of. During a conference on the new “scanners” phenomenon, a low-level psychic invites him to come on stage as part of a demonstration, only to have his own head unceremoniously blown to smithereens by Revok’s advanced telekinesis.

An instantly iconic shot, the exploding-head sequence was achieved by filling a plaster skull with latex, wax and old hamburgers, then blasting it with a shotgun. Like many of the most memorable images in Cronenberg’s work, it’s the kind of satisfying old-school practical effect that just wouldn’t hit the same if it was done with CGI. Indeed, the scene’s infamy contributed to the film achieving a degree of box office success – something of a commercial breakthrough for Cronenberg.

Scanners also marked a thematic transition for the director. He had long been fascinated by infestations, incubations and metamorphoses, but here his brand of body horror took a more cerebral turn. Though he would later expand on this more fully in Videodrome and The Fly, Cronenberg was already starting to explore the idea that humanity might be complicit in its own traumatic transformations.

The film’s initial release pre-dated the invention of the internet by two years, but a basic description of its premise – a global network of individuals have a direct connection to each other’s thoughts that’s almost impossible to tune out, often leading to shocking acts of violence – seems uncannily familiar in our extremely-online age. Today, we’re just a click away from an unfiltered stream of ideas and opinions from people all over the world, as social media has allowed us to merge into a kind of all-consuming hive mind. 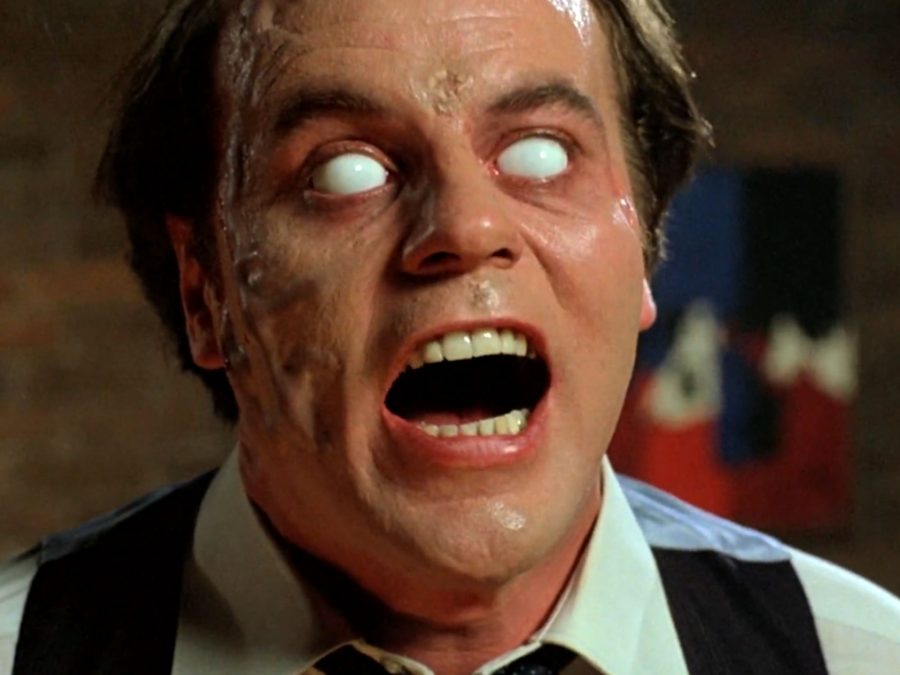 There was a time when this new interconnectivity felt liberating. With tech breakthroughs allowing people to form connections that were hitherto impossible, previously excluded communities were starting to be empowered more than ever before. But it’s become harder to maintain a positive outlook, as the spread of misinformation and divisive rhetoric has terminally weakened our democratic institutions, while our frazzled nervous systems have been rewired by the overuse of mobile devices and social media. What Scanners suggests is that this process may have been set in motion a long time ago.

An early example of what would become Cronenberg’s signature aesthetic, Scanners combines sterile lighting, uncomfortable close-ups and occasionally stilted performances to create an atmosphere of social alienation. Its opening scene is shot from the point of view of a homeless scanner who triggers a seizure in a woman, but only after she makes a cruel, judgemental comment about the man’s shabby appearance and mental state. Beneath the film’s supernatural phenomena and corporate conspiracies, we can feel the more mundane, impersonal violence of the modern world. And while the scanners’ psychic powers seem to offer a way to transcend this, they can only lead to further suffering and destruction.

The parallels with the past few decades are all-too clear. If real-world connection in our late-capitalist society wasn’t already in a state of retrograde, then it’s unlikely the social innovations of the internet would have taken hold in the way that they did. And our own version of mental interconnectivity has ended up driving us even further apart, exacerbating pre-existing sociopolitical divisions. Rewatching Scanners, you get the impression that Cronenberg saw all this coming. Yet the film is no finger-wagging screed about the dangers of technology or the nefarious schemes of those in power. It sees the drive towards interconnectivity and neurological enhancement simply as an evolution of our identities, and in the process makes us question who we really are.

In the film’s show-stopping climax, a fiery psychic battle sees bodies and brains pushed to their limit as Revok is confronted by Cameron Vale (Stephen Lack), the powerful scanner sent to take him out. After both men have been lying apparently dead for a while, Revok eventually wakes up. Looking out through Vale’s eyes and speaking with Vale’s voice, he declares ambiguously, “We’ve won”. With both minds subsumed into a new collective consciousness, it’s no longer possible to tell who has power over whom.

What if we’ve already become part of something much larger and more complex than ourselves? And what if, instead of hostile forces devising an elaborate plot, there’s now nobody in control of what’s happening to humanity? Scanners is an eerie reminder of just how little influence any of us can have over our own minds, in a dehumanising global society that’s also irreversibly interconnected. But, like all Cronenberg’s best work, it’s still fascinated by how we’re changing, and curious about how our new technologically-modified selves might turn out.