Spread a little seasonal cheer with our essential guide to the best movie-themed gifts around. 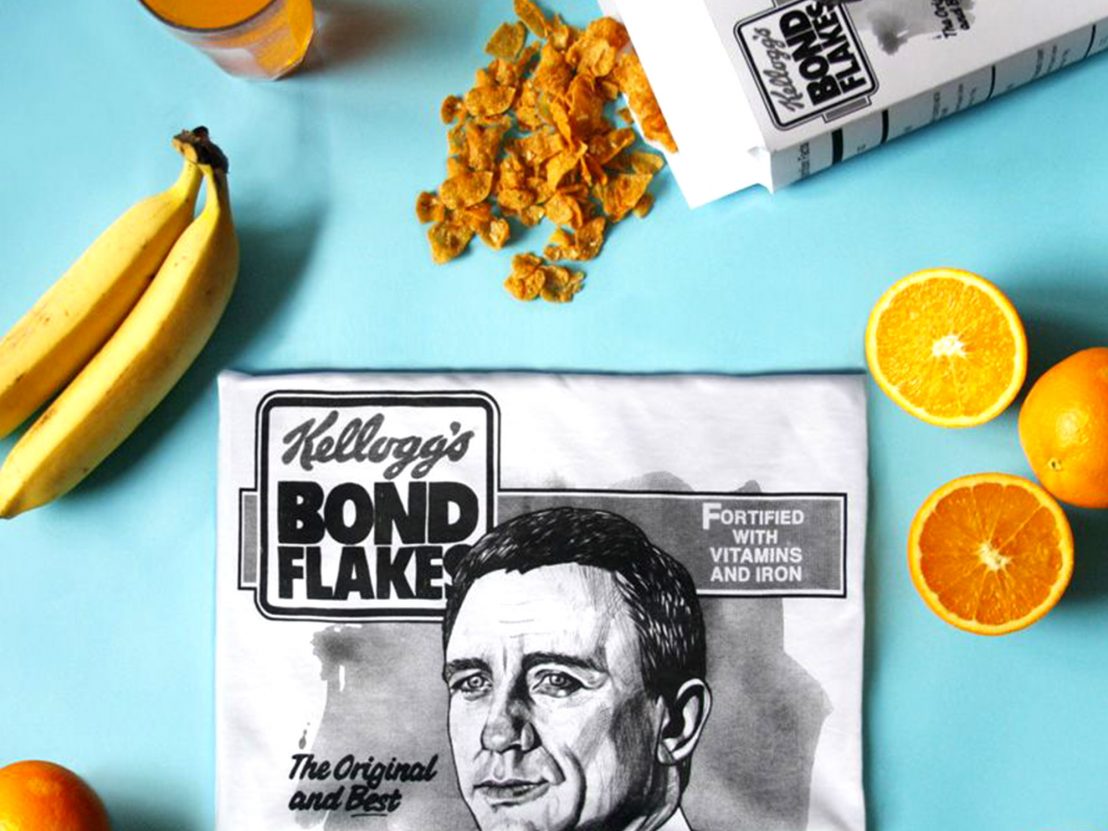 It’s almost December, which means it’s time to stop slacking and start Christmas shopping. We know that choosing the perfect gift can be a daunting and stressful task, so to help out we’ve compiled a list of some of our favourite movie-themed gift ideas. Take the rest of the month off, St Nick, we got this…

Before the hotly-anticipated third season of David Lynch and Mark Frost’s cult TV show arrives next year, we highly recommend getting stuck into this wonderful hardcover companion novel written by Frost himself. £19.99 from amazon.co.uk

Start your day off right by slipping into this Bond Flakes screen print t-shirt, designed by regular LWLies contributor Cristina Polop. £20 from cristinapolop.tictail.com

Thirty years after the release of Akira Kurosawa’s towering masterpiece, you can now own the stunning original soundtrack, featuring music by Toru Takemitsu, on vinyl courtesy of Silva Screen Records. £19.99 from silvascreen.com

Love last year’s Christmas favourite Carol as much as we did? Enjoy the full-colour script with reprint signatures, along with 37 pages of production notes. A gorgeous gift for aspiring screenwriters. £16.64 from etsy.com

Pick up a gift subscription to the world’s most beautiful film magazine and ensure an exciting movie-packed 2017 for the film lover in your life. Just £29 for six issues from our online shop

Originally commissioned for our LWLies Weekly app, artist James Wilson has made a limited edition run of screen prints of his ace The Force Awakens cover art. £5 from jameswilsonillustration.bigcartel.com

Tired of fighting over the best view of the TV? This holiday season you won’t have to with this snazzy little smartphone projector, which promises to “turn everyday Youtube videos into grand cinematic events.” £19.99 from firebox.com

This killer print by On a Sixpence gives ‘film nerd’ a whole new meaning. Also available in Classics and Romance. £60 from notonthehighstreet.com

Show off your adoration of the Japanese animation house with a Tiggy Tattoos special, like this rather lovely rendering of Kiki from Kiki’s Delivery Service. Book a slot at tiggytattoos.com

Take a trip to Middle Earth, via North Yorkshire. This charming Tolkien-inspired cottage will make all your family’s Hobbit dreams come true. £350 per night from northshire.co.uk

Wish you could undo 2016? Why not splash out on this classic 1981  automobile as featured in the Back to the Future films. £25k from carandclassic.co.uk