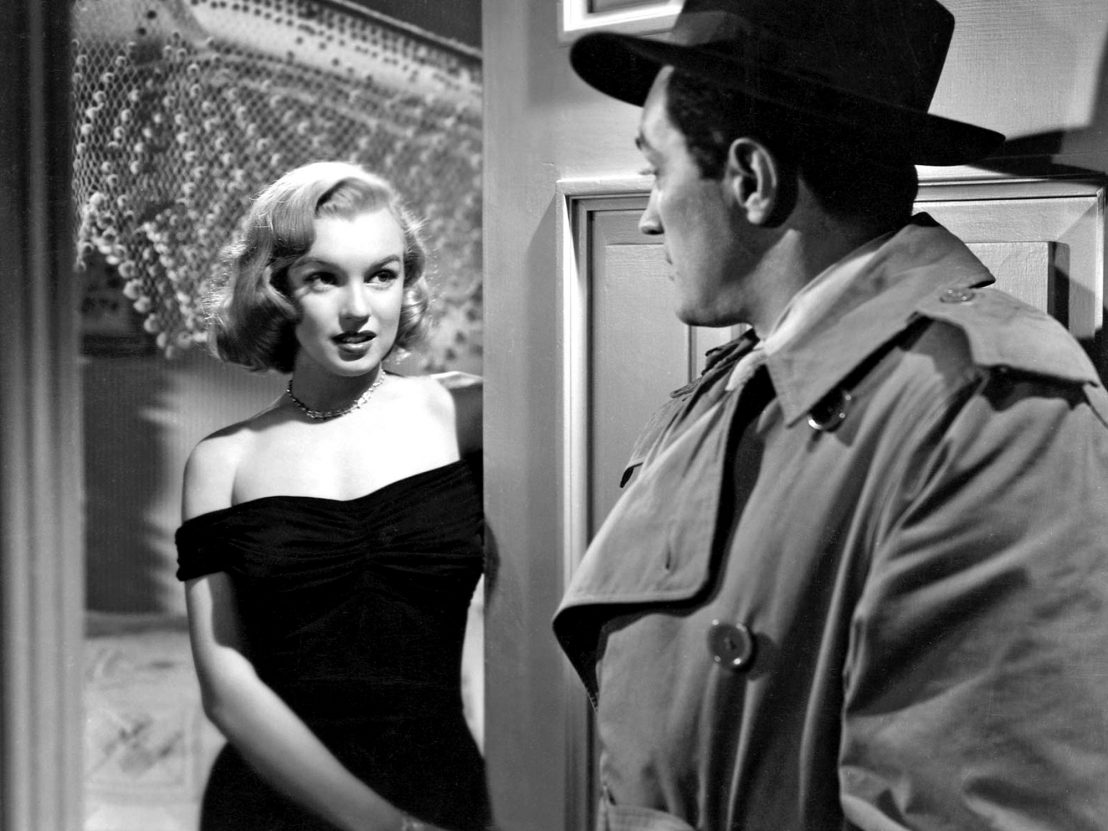 It’s 1950. A new decade has arrived and the directors of film noir have realised something collectively: that good noir understands the city. It’s something partly understood from the previous two decades of Hollywood, albeit heavily (but not uniquely) tied to the studio.

Yet it’s a lesson that is reaffirmed with gusto by the film movements growing out the rubble in postwar Europe too. From this, the genre comes into its own – and what better way to begin this new, energetic and innovative era of noir than with John Huston’s The Asphalt Jungle. It’s a film that not only changed the way cities looked and felt in American cinema but also put the heist at the heart of the genre for good, achieving such creative success that it became one of the modus operandi for the genre.

Based on the novel by WR Burnett, the film follows a particularly gritty jewellery robbery involving a recently released criminal mastermind, Doc Riedenschneider (Sam Jaffe), eager to pull the perfect job so he can retire to Mexico. He goes to small-time crook Cobby (Marc Lawrence) for help with funding the operation and enlisting the men required to make it work. He’s put in touch with dodgy yet respected lawyer Emmerich (Louis Calhern) who agrees to fund the enterprise in spite of being broke due to keeping a young mistress, Angela (Marilyn Monroe).

Cobby helps put a team together, including loyal hard man Dix (Sterling Hayden) – trying to get out of the city and blind to the love of Doll (Jean Hagen) – driver Gus (James Whitmore) and safe expert Louis (Anthony Caruso). But how perfect really is the job when so much is down to chance? And what will happen when one of the interested parties decides they want more than their cut?

“In Huston’s hands, living and working in the city becomes a dirty business that can’t be cleaned off so easily.”

If one thing really emerges out of the previous decade’s worth of cinema, it’s a move to using more real urban locations. Taking clear influence from the most successful film movement of the previous decade, Italian Neorealism, Huston creates something new and refreshing. With films by the likes of Vittorio De Sica and Roberto Rossellini, urban landscapes moved on in screen terms from the neat and tidy California back-lots and sets to something more dilapidated and gritty, just like the buildings left in ruins after the war. Huston clearly took note of this and combined it with the stylistic leanings of Hollywood cinema post-Citizen Kane; stark light and shadows building compositions using architectural devices and quirks.

The effect of this combination of contrasting visual ideas is breathtaking. The streets around Cincinnati – at once industrial, derelict and eerily empty – become a pulsating, vile creature whose dirt rubs off on everyone scrambling around them, from the pettiest of petty criminals to the most seemingly respected of public figures and authority.

The script, adapted in collaboration between Huston and Ben Maddow, goes to great pains to emphasise this dirtiness. “First thing I’m gonna do is take a bath in that creek and get that city dirt off me,” Hayden’s character suggests, deep in reminiscence of the family farmland he longs to buy back. It’s a personal pining that humanises him to the extent where his final moments in the film’s climax become some of classic noir’s most heartbreaking. Louis the safe man is of the same thinking too. “If you want fresh air,” he quips early on, “don’t look for it in this town.” In Huston’s hands, living and working in the city becomes a dirty business that can’t be cleaned off so easily.

What’s equally striking about The Asphalt Jungle is its sense of character. The range of its spoken roles and the sheer speed and precision through which they are effectively rendered is remarkable to say the least. Though the film is centred on the heist, Huston knows that the real drama will bloom in between the cracks of the mechanics surrounding it. He knows that technical exposition can only get you so far.

The sheer volume of heist films that proceed after the film tells of just how effective the scenario is though few possess the same level of understanding. Virtually every character on screen – of which there are many – reacts differently to the problem of the heist and its eventual collapse. It’s surprising to find the whole spectrum of human emotion and resilience present in just this one singular, seemingly straightforward narrative. It deals a high hand in human fallibility.

If Huston’s film exerted any influence over the films that followed, it’s thanks to the duality between its stark visual style and earnest appreciation of how characterful drama can spring from the most unlikely of places. I think of Dix’s heartbreaking journey home every time another heist film is viewed, wondering if it’ll reach the same heights of drama that Hayden and Hagen achieve as they stumble across that last Kentucky field.

Dix’s desire to return to the farm highlights a common drive in such films; to escape from places which feel more like a wild jungle than civilisation. There was only one way he’d ever get out of the city and wash the dirt of his criminality off, the only route left open to those crooks down on their luck. It’s a dark realisation, one that would drive film noir again and again thereafter: the desperate escape from a scenario where, even by chief of police’s own admission, “The jungle wins.”