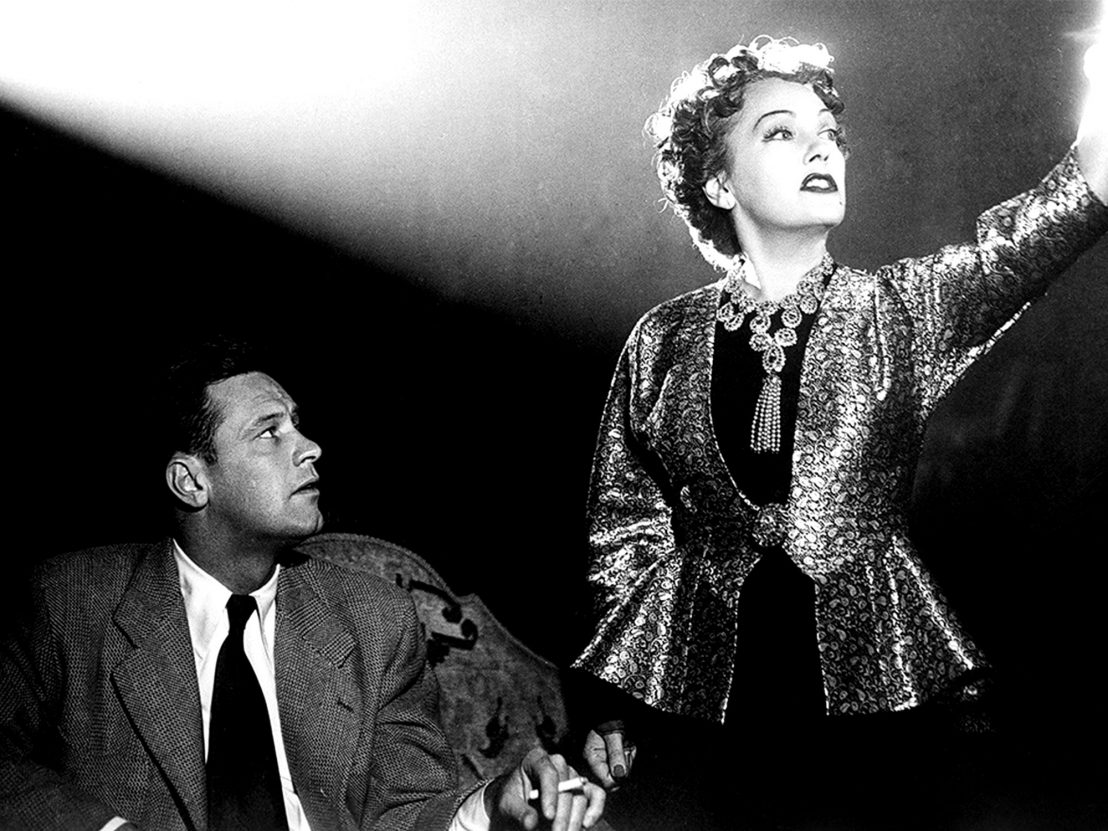 There’s something inherently uncanny about cinema. It holds the power to revive people who are long gone, allowing us to watch them repeat the same actions and say the same words, like ghosts locked in an endless cycle. This surfaces in unexpected places in Billy Wilder’s 1950 masterpiece, Sunset Boulevard. While widely regarded as a seminal Hollywood satire, there’s also a strong trace of Gothic horror in the film’s DNA, turning it into a kind of ghost story.

After all, the film is narrated by a ghost, the departed Joe Gillis (William Holden), who shifts from third-person at the beginning to first-person once he starts to tell his story in detail. Like so many other inhabitants of that old house on Sunset, he’s doomed to an (after)life of repetition. Joe, and much of the film, enters into a dialogue with the past and parts of Hollywood that time itself seemed to forget.

The most striking example of this is the mansion owned by Norma Desmond (Gloria Swanson). When Joe first sees it, driving his car into an empty garage to escape repo men, he calls it the kind of place “crazy movie people built in the crazy ’20s.” The mansion is shot like something out of a German Expressionist horror. Long shadows stretch throughout its vast, empty halls. The building hasn’t so much fallen into disrepair as become frozen in a different era, with the winding staircase turning into a kind of time portal in the film’s iconic final moments. As Joe remarks, “the whole place seemed to have been stricken by a certain kind of paralysis, out of beat with the rest of world, crumbling apart in slow motion. There was a tennis court, or rather the ghost of a tennis court.”

“Norma’s mansion is turned into a kind of halfway house, reviving lost actors, if only for a moment.”

But the real ghost of Sunset Boulevard isn’t the house, or the tennis court, or even Joe Gillis guiding us from beyond the grave. The real ghost is Norma, a woman caught somewhere between the past and the present. The house is “crowded with Norma Desmonds,” seemingly every surface populated with pictures of her in her old film roles. She sits and signs headshots for fans, and in one eerie scene impersonates the performers of a bygone Hollywood. In what is referred to as the “Norma Desmond follies,” she performs musical numbers – reminiscing about how Mabel Normand always stepped on her toes – or, complete with hat and moustache, one of Chaplin’s old physical comedy routines.

One of Chaplin’s contemporaries, Buster Keaton (who didn’t transition to sound as successfully as Chaplin), appears in one scene of Sunset Boulevard. Norma and her friends, who Joe calls “the waxworks,” gather to play bridge in Norma’s mansion, and the camera pans across the table, revealing a series of actors described by Joe as “dim figures you may still remember from the silent days.” The stark simplicity and loneliness of this scene speak volumes about the film’s relationship to Hollywood’s past: Norma’s mansion is turned into a kind of halfway house, reviving lost actors, if only for a moment.

Wilder evidently relishes in this meta-casting: Erich von Stroheim plays Max Von Mayerling, Norma’s butler and first husband (another thing that illustrates her reluctance to let go of the past), and their relationship mirrors that of Swanson and von Stroheim who directed her in 1932’s Queen Kelly, which is the film that Joe and Norma watch together in her home theatre.

It would be impossible to talk about Sunset Boulevard without talking about its iconic ending, when a deranged Norma descends the staircase, believing in her fragile state that she’s actually filming Salome and walking down the staircase of King Herod’s palace. Finally, her mind has become permanently trapped in her perception of the past. Her closing monologue, in which she talks about “those wonderful people, out there in the dark,” seems to echo the uncanny nature of cinema, the idea that, decades later, she’ll be seen again by people in another life.

There’s a striking image when Norma and Joe watch Queen Kelly; she stands up and is illuminated by the light of the projector, capturing her in one moment between her present in that empty house and her past up on the screen. Norma always says that her fans demanded her return to the screen, and in the film’s final moments she makes that return. In more ways than one her look into the camera, her readiness for that close-up, is haunting and haunted. 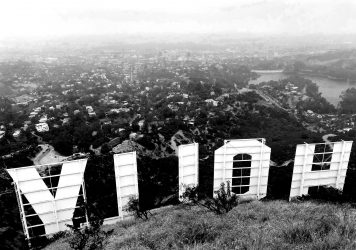 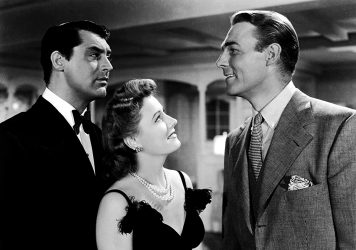