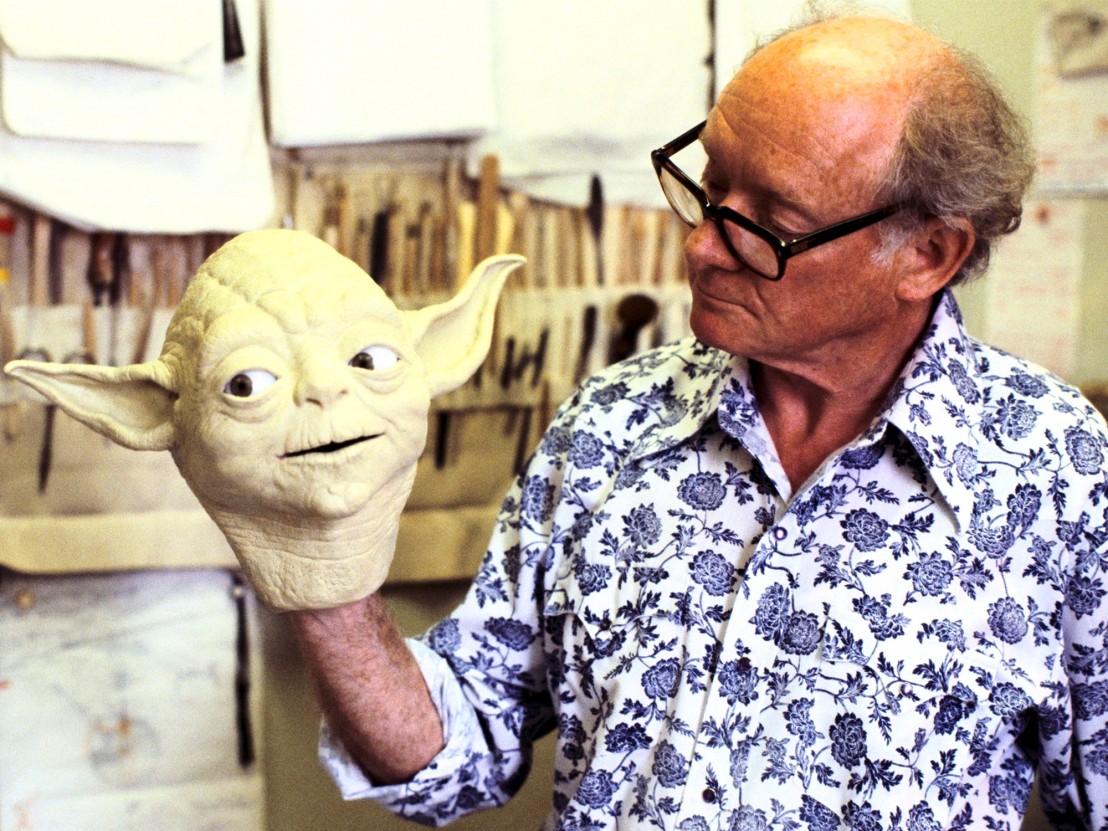 A long time ago in a galaxy far, far away, George Lucas gathered a cast of bemused actors to finally begin filming his ambitious space opera: Star Wars. At the time, few people expected it to be a success, with certain cast members dismissing it as a “kids’ film.” The rest, as they say, is history. Yet while Harrison Ford, Carrie Fisher and Mark Hamill became household names overnight, many of the talented behind-the-scenes men and women who contributed the film’s legacy faded into obscurity. With that in mind, here are six extraordinary artists whose influence on the Star Wars phenomenon should not be underestimated.

Stuart Freeborn is one of the few people on this list who already had a long career behind him when he joined Star Wars – and what a career it was. Before becoming the make-up supervisor/designer on the original trilogy, he worked on classics like The Life and Death of Colonel Blimp, Oliver Twist and 2001: A Space Odyssey, where he created the masterful design of the apes. His influence on Star Wars was significant, having been responsible for the look for Chewbacca and Yoda, the latter being partially based on his own appearance. Freeborn retired in 1990 before eventually passing away at the remarkably Yoda-like age of 98. He was recently commemorated with an imperial march by locals dressed as Stormtroopers in his hometown of Leytonstone.

George Lucas hired another Kubrick collaborator in the shape of Gilbert Taylor, director of photography on Dr Strangelove, A Hard Day’s Night, and Roman Polanski’s Macbeth. He stepped in for A New Hope, but despite his experience, it was far from a relaxing shoot. Famously he and Lucas didn’t speak during pre-production and when it came to filming, the pair clashed over how the film should look. Taylor was a founder member of the British Society of Cinematographers and bizarrely, when the British film industry was struggling in the ’70s, he ran a dairy farm with his wife.

Taylor struggled to buy into Lucas’ vision for Star Wars, but John Barry was one of the few people who believed in its potential from the start. He worked on the Death Star’s design with Ralph McQuarrie and built Luke’s Tattooine homestead from scratch, feats that won him an Oscar for Best Production Design on A New Hope. It’s poignant that his work as second unit director on The Empire Strikes Back was to be his last. A month into filming, he collapsed on set and died later that day from meningitis – a sad end to a promising career which included credits for A Clockwork Orange and Superman.

The Man Behind the Meme

While John Barry’s career was cruelly cut short, countless other Star Wars crew members went on to dominate their respective fields in the film industry for decades. Phil “You Had One Job” Tippett was just a humble stop motion animator on Episodes IV and V, responsible for animating Empire’s AT-ATs and tauntauns. His work as a ‘dinosaur supervisor’ on Jurassic Park earned him an Academy Award in 1994 – his second following his Special Achievement Award for Visual Effects on Return of the Jedi – and has since seen him achieve meme infamy.

Tippett also made a lesser known contribution as a member of the infamous Cantina band, alongside two people who would come to rule the world of special effects make-up: Rick Baker and Rob Bottin. On A New Hope, Baker was a complete unknown, working on second unit make-up, but now he’s the winner of a record seven Oscars in his discipline. He crafted legendary looks for An American Werewolf in London and Michael Jackson’s ‘Thriller’. Beyond his work in the Cantina, Baker’s then wife Elaine also has the unique honour of being the first person to play the Emperor Palpatine when the character appears as a hologram in The Empire Strikes Back.

Baker might be the biggest name in the world of special effects make-up, but if anyone can challenge him for that mantle, it’s Rob Bottin, the Luke to his Obi-Wan. Bottin got in touch with his idol in search of an autograph, but Baker was so impressed by the accompanying drawing that he offered to take Bottin on as his apprentice for A New Hope. After Star Wars, Bottin created the incredible prosthetics for The Thing, working such insane hours – seven days a week for over a year – that by the time it wrapped he was diagnosed with extreme exhaustion.