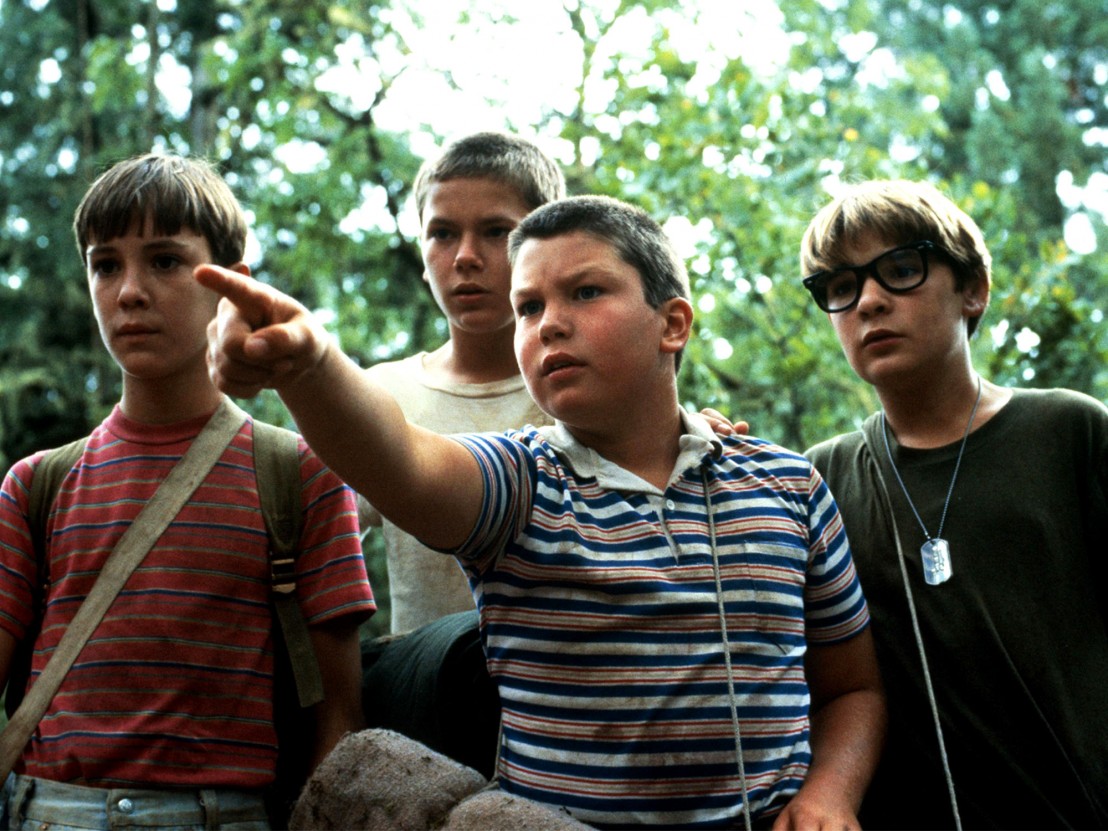 “I never had any friends later on like the ones I had when I was 12. Jesus, does anyone?” These words signal the end of Stand by Me, Rob Reiner’s classic 1986 film and one of the greatest coming-of-age stories ever told. They pinpoint in a single breath the peculiar state occupied by people as they’re growing up, encompassing the onset of puberty, the move to the next stage of school and the fast approaching realities of adulthood – particularly death.

Stand by Me begins in the quaint rural town of Castle Rock, Americana personified. It’s the height of summer and things couldn’t be more idyllic or peaceful for the four best friends at the heart of the film. As the adult version of Gordie (Richard Dreyfuss) explains in his voiceover, “Everything was there and around us. We knew exactly who we were and exactly where we going.” Their childhood may have been stable, but these boys have hardly led a charmed life. Gordie (Wil Wheaton) is still coming to terms with a recent family tragedy, Teddy’s (Corey Feldman) dad is mentally scarred from his service in World War Two, and Chris’ (River Phoenix) family are just bad news. But they are shielded from the full force of these traumas by virtue of their youth and naivety. They are still just kids.

When we join them, the friends are about to begin junior high, a new environment that forces them to acknowledge the reality of their lives. Before then, Chris could survive within his semi-criminal family. He may have been pre-judged by other kids and teachers, and marked out for failure accordingly, but he could survive. Yet as he prepares to begin at a new school his aspirations to make more of himself come into conflict with his family’s poverty and the prejudice against them. As he confesses to Gordie in one of the film’s most touching moments, he fears that he’s “never going to get out of this town.”

Likewise, Gordie and his parents have suffered the hammer blow of his brother Denny’s death, but it’s clearly something none of them have processed fully. In their brief appearances Gordie’s parents sleepwalk through their day, haunted by grief. They keep Denny’s room untouched. Gordie himself has dreams of becoming a writer, but he’s more desperate to be liked than pursue that career. He either wants to please his dad, who wanted him to play football like Denny, or stay in his friendship group, even if that means ending up in shop class. The film finds the boys at a crossroads in their lives, where the safety and stability of childhood meet the unpredictable possibilities and realities of adult life.

This duality is clear in every exchange between them. Half the time they’re grappling with the life-changing questions mentioned above: questions of life and death, whether your parents love you, what career you’re going to pursue. The rest of the time they talk what adult Gordie calls, “the kind of talk that seems important until you discover girls”; arguing about whether Mighty Mouse could beat up Superman or how great it would be to eat cherry-flavoured Pez for the rest of your life. That bizarre balance is summed up most succinctly in one exchange where Teddy asks the other boys, “Have you been watching the Mickey Mouse club lately? I think Annette’s tits are getting bigger.”

The boys’ coming-of-age is symbolised by the journey they go on to find the dead body of Ray Brower. They escape the boundaries of their safe, stable lives in Castle Rock and head into the wild, ready for a confrontation with death. Along the way their youthful ignorance is hilariously exposed. None of them bring any food for the two-day trek. They don’t check when the trains are coming and almost get flattened. It’s a miracle they make it home alive.

Two incidents in particular are representative of their transition into adulthood and the fears associated with it. First is their encounter with leeches as they mess around in a swamp-like pool in the forest. It’s all fun and games until someone spots a leech on Vern’s neck (Jerry O’Connell) and the boys rush to safety. They strip to their underwear, discarding leeches as they go, until only one remains… and it’s in Gordie’s pants. Staring down at possibly the most important thing in the world and the greatest source of anxiety for a 12-year-old boy, Gordie pulls the leech loose to a trickle of blood and promptly faints.

Later, the boys reach Ray Brower, only to be confronted by Ace (Kiefer Sutherland) and his gang, a group of older teens intent on claiming the fame of finding the body for themselves. They represent the future for the boys, particularly Chris, whose brother “Eyeball” Chambers is part of the gang. They are the kind of no-good wasters Chris, Gordie, Teddy and Vern could end up becoming if things work out badly for them.

In the presence of the body, mortality suddenly becomes a major concern as Ace pulls a flick-knife and Gordie draws the gun that Chris stole from his dad. Ray Brower was a kid, just like them, and Gordie is determined that in the end no one will take him. He’s not a prize to earn either group some brief local celebrity; he deserves respect and the chance to rest in peace. As Gordie knows from his brother’s death and their earlier trials on the train tracks, it could just as easily have been any of them.

When the boys return to Castle Rock it’s clear nothing with ever be the same again. As an adult Gordie recalls, “We’d only been gone two days, but somehow the town seemed different. Smaller.” Of course, it wasn’t the town that had changed, it was them. It hadn’t become smaller; their horizons had grown wider. They were no longer limited to the safe confines of their town and the simple childhood they grew up with. Now they knew what the world had to offer, good and bad. They had come of age.