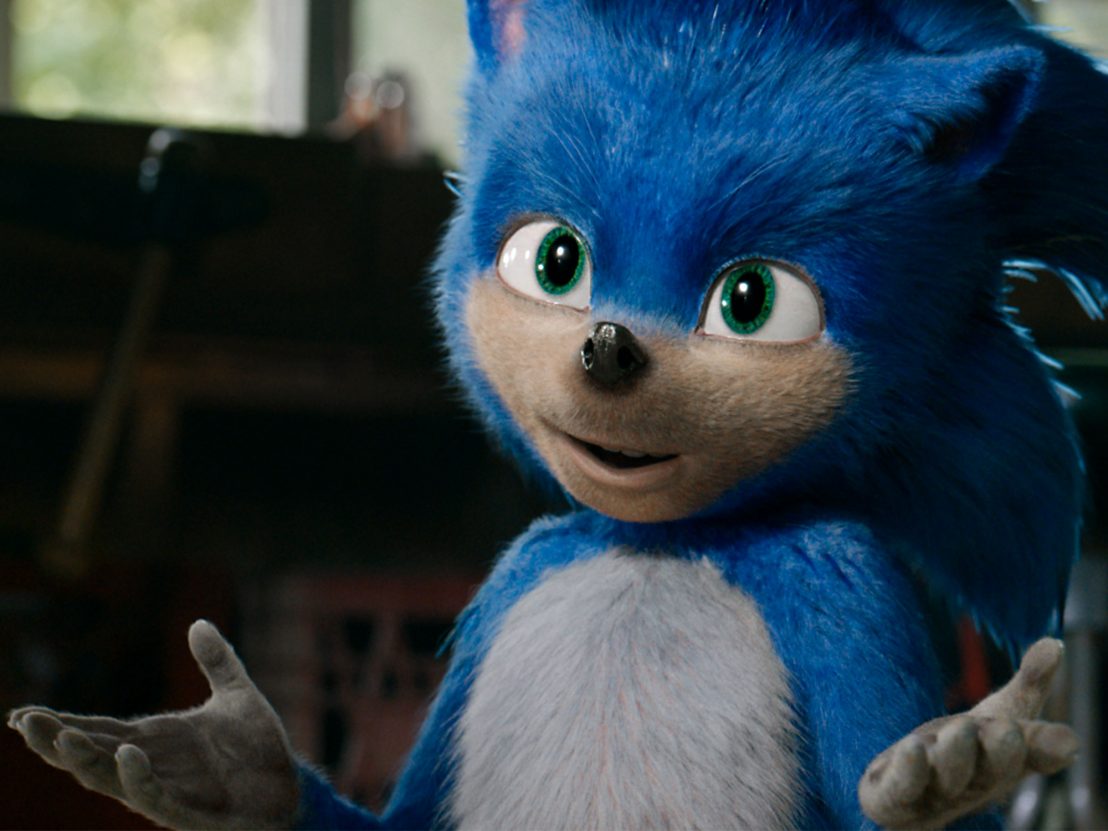 A grand total of 90 million American dollars went into the production of Sonic the Hedgehog, an adaptation of the popular video game series about an anthropomorphized blue mammal capable of running at sound-barrier-breaking speeds. Today, the first trailer for this film has surfaced online, and the design of its central character has left some wondering where that money went.

Voiced by Larry King guest extraordinaire Ben Schwartz, this new Sonic plumbs the Uncanny Valley with the reckless abandon of a bungee jumper, the character’s humanoid teeth and defined musculature clashing violently with his soulless, digitized eyes. Maybe it’s the reams upon reams of fan-made erotica tarnishing Sonic’s legacy, but something about him seems off.

In his big Hollywood debut, Sonic does battle with the sinister, mustache-twiddling Doctor Robotnik (Jim Carrey, in an increasingly rare studio comedy appearance) and befriends kindly Green Hills sheriff Tom Wachowski (James Marsden). Pretty standard good-and-evil stuff, with the obligatory squadron of flat-topped military men waiting at the ready to blast an unfamiliar creature to smithereens. Must be the King Kong Regiment.

To the inscrutably-selected strains of “Gangsta’s Paradise,” our Sonic runs circles around his nemeses, his hyperspeed visually represented by putting the rest of the world in slow motion while he moves normally. Blockbuster aficionados may remember this striking technique being previously used to great dramatic effect in X-Men: Days of Future Past.

Directed by first-timer Jeff Fowler and with a screenplay credited to five different writers, the film comes from less-than-auspicious origins. But kids don’t usually get hung up on nightmarish CGI in the way that adults do. It sure didn’t slow down the Polar Express.