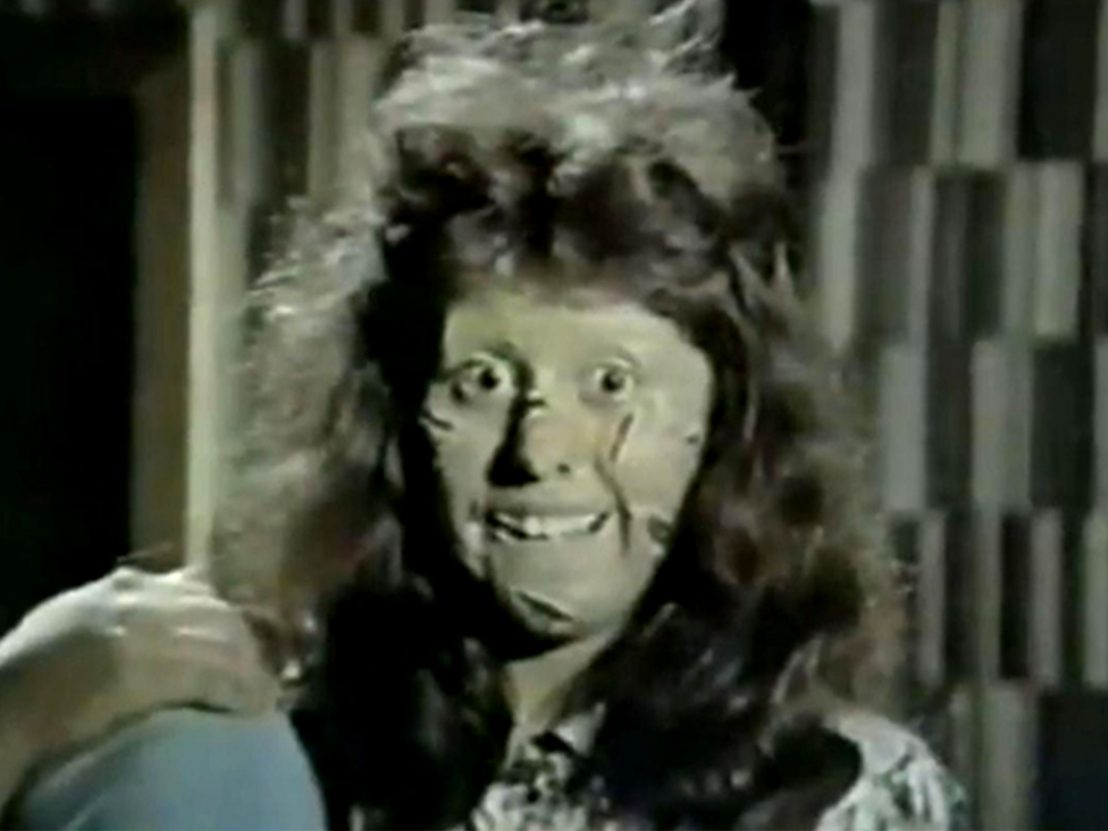 It’s The Exorcist, but not as you know it. Regan, deep in the throes of satanic possession, is beginning to bear more than a passing resemblance to Shrek. She’s growling like a calving cow and the demonic vomit she’s spitting is made of… blue ketchup?

Let me explain. Regan is not Regan, she’s Gul, and this isn’t The Exorcist – it’s Seytan, Turkish director Meytin Erksan’s scene-for-scene remake of William Friedkin’s 1974 masterwork. Spawned the same year as its American progenitor, Seytan is a product of the copyright law-lite, budget-liter Yesilcam era of Turkish cinema, which saw the creation of hundreds of Hollywood rip-offs, adapted for a Turkish audience. These remakes, which run the gamut of blockbusters including ET, Star Wars and Jaws, often consist of a heady mixture of parts directly spliced from their originals, and other parts cobbled together using whatever the filmmakers could find in their garden sheds.

Watching Seytan is akin to watching a Great British Bake Off technical challenge, where the contestants are tasked with recreating some form of complex ‘bake’ with limited resources, instructions and time. Though rough-hewn, the resulting pieces have their own sense of charm, with their warped structures or overzealous cream insertion. Erksan’s confection has a similar feeling of slapdash creativity. It’s fabulous in its own way; a kitsch revamp of the slick original created using (Paul) Hollywood’s well-oiled KitchenAid.

Gaudier, cheaper and simpler than Friedkin’s symbolically loaded work, Erksan’s film deals with the same essential idea: how the framework of a rational 20th century middle-class elite, estranged from religion and superstition, is shaken when faced with the arrival of a triple-jointed, foul-mouthed demonic force hosted grotesquely in the body of a teenage girl. But the devil that confronts the unlucky Turkish cast has a face of jaundiced putty, bodily secretions made of thick and varied condiments, and a slow, creaky headspin that needs a chiropractor more than an exorcist.

Seytan is not a scary film – there are far too many distractions for that. Along with the low budget special effects, there’s the makers’ penchant for absurd accoutrements including, but not limited to: frequent extreme fast zooms, very avant-garde angles and making the absolute most of lax copyright laws by wedging in a scratchy recording of ‘Tubular Bells’ every two minutes. The viewing experience isn’t helped by the alarmingly poor state of the only available copy.

Firstly, the video quality suggests that the reels were rescued from the bottom of a bin the day before bin day. Also, the person saddled with the job of subtitling seems to be going through a minor crisis, wavering between impatience, boredom and embarrassment, annotating the screenplay with sardonic smiley emoticons, notes like ‘check google’, and, when their task is finally complete, ‘The End (*at last)’.

It’s unsurprising that Seytan’s screenplay – adapted into Turkish, vetted by censors, then translated back into questionable English for those accursèd subtitles – doesn’t quite have the same effect as that of Friedkin’s original. One particular element that goes astray is the deliciously sweary disposition of the devil in The Exorcist, and the jarring experience of seeing a young teenage girl ventriloquise brutal obscenities such as, “Stick your cock up her ass, you motherfucking worthless cocksucker!” Gul’s outbursts in Seytan don’t have this visceral, stomach-churning quality. This is because they consist of phrases like, “Here is the arrogant crock, who calls me devil!” A line perhaps better suited to a duel-fighting rogue in an 18th century costume drama.

Aesthetic differences aside, religion is the most obvious disparity between the two pièces de possessions. Stripped of The Exorcist’s Catholicism, Seytan is driven by a Muslim-tinged secularism that is actually concerned more with academia than religion – until the actual exorcism, when the Quran is brought in and God summoned to expel the devil. Instead of a disillusioned young Catholic priest in a growingly faithless world, the Father Karras figure is Tugrul Bilge, a psychologist and author of an obscure academic volume about exorcism – the “books that are read by no one”, his uncle grumbles euphemistically. The filmmakers’ navigation of the de-Catholicism issue is slightly less nimble in the case of the ‘Let Jesus fuck you!’ masturbation scene, when Gul’s chosen instrument of fervent self-pleasure/flagellation is revealed to be…a letter opener.

Perhaps Seytan’s gravitas is compromised by the replacement of The Exorcist’s crucifix with a piece of stationery, and the substitution of Karras with layman Tugrul Bilge in a plain ol’ suit. But Seytan isn’t necessarily angling for the weighty symbolism of Friedkin’s work. Without the heavy iconography seen in The Exorcist, the film still succinctly articulates a sense of guilt towards its contemporary society’s waning interest in faith and organised religion. Seytan’s simpler treatment distils the issues in The Exorcist down to their ultimate moral crux – the power of pure faith in the battle between good and evil.

If you look behind the infernal trashiness of Seytan you’ll find treasure. You’ll also find more trash, but that’s what’s truly special about the film: its cheerful schlock, priceless screenplay and sheer resourcefulness in the face of the cheapest supplies in the props box.