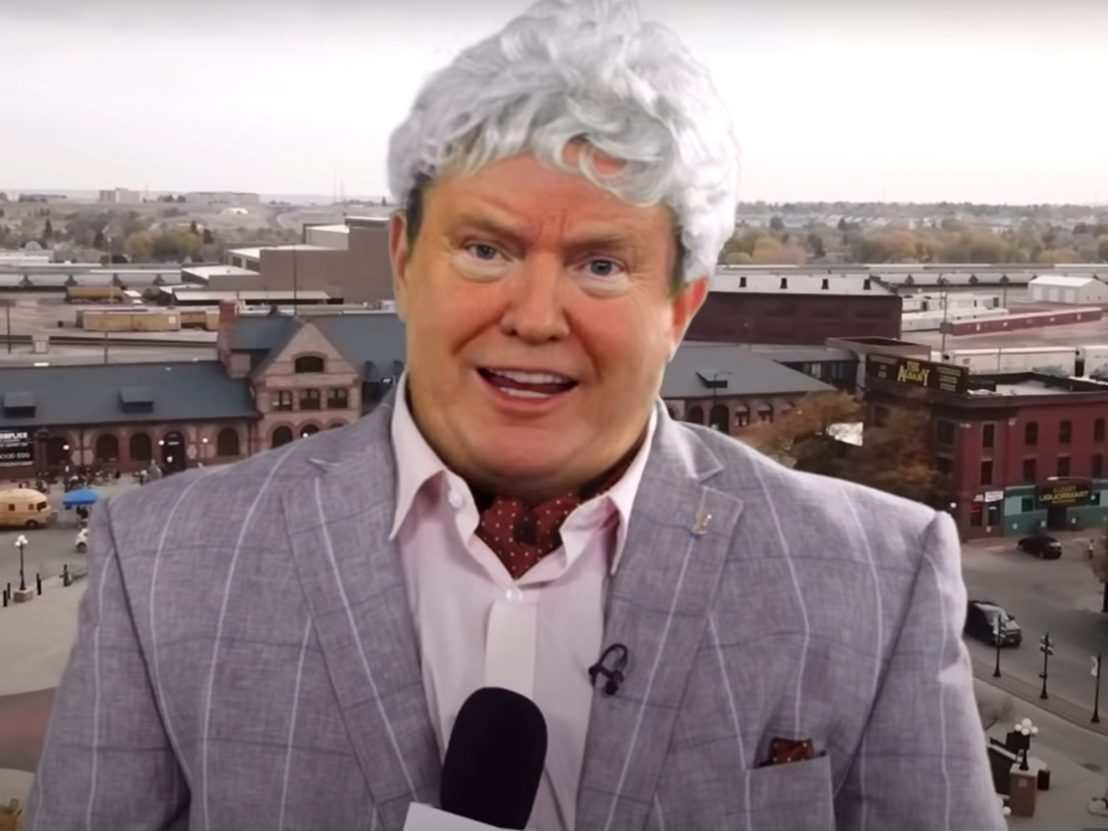 The “deepfake”, an unsettling new technology allowing video of one person’s face to be superimposed onto video of someone else’s head, has been used for such nefarious purposes as celebrity pornography and propagandizing political misinformation. But these fearsome powers may also be used for good – the highest good, in fact, by which we of course mean comedy.

The comedian Peter Serafinowicz has been entertaining the online masses since 2017 with his series of Trump lip-dub clips, in which he re-voices snippets of the Commander-in-Chief word for word, with varying new tones. He did Cockney Trump and Sophisticated Trump, but struck a particular chord with Sassy Trump, who has gotten a second life in a new short upping the ante of fakery.

Serafinowicz has joined forces with South Park creators Trey Parker and Matt Stone for a fourteen-minute episode of Sassy Justice, the Cheyenne, Wyoming local access show led by lisping local journalist Fred Sassy as he gets to the bottom of the truth about various things. This time around, the lip-dub technique has been upgraded to the deepfake; Serafinowicz voices Sassy (who has the face of Trump, with a cheap wig in slightly better taste than his actual hair) and Trump himself, along with Michael Caine.

Parker and Stone contribute a host of other voices, such as a dialysis-hawking Mark Zuckerberg, a super-cereal Al Gore, and an empty-headed Ivanka. That’s Serafinowicz’s wife, the actress Sarah Alexander, doing the dead-on Julie Andrews impression, though I must say I am most amused by the Jared Kushner returned to his true form as a smug Brahms: The Boy II-looking child with the face of a man.

A recent New York Times piece about the video makes mention of plans for an entirely deepfaked feature film around Fred Sassy and the digitally manipulated Trump, the first film of its kind. Better that than the reports that circulated about the computerized ghost of James Dean coming out of death’s retirement to be inserted into a some deeply accursed new film. 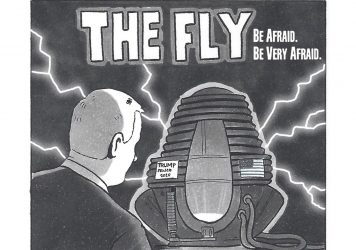 David Squires on… Mike Pence in The Fly

As American gears up for its next election, concerns are raised over the health of the current VP... 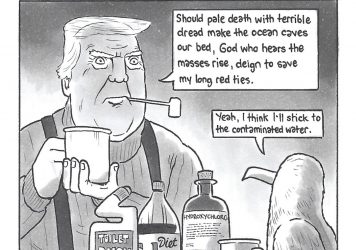 David Squires on… Scenes from The Whitehouse

The lights are on, but there’s nobody home...