An ode to perhaps the greatest gross-out set-piece ever committed to film. 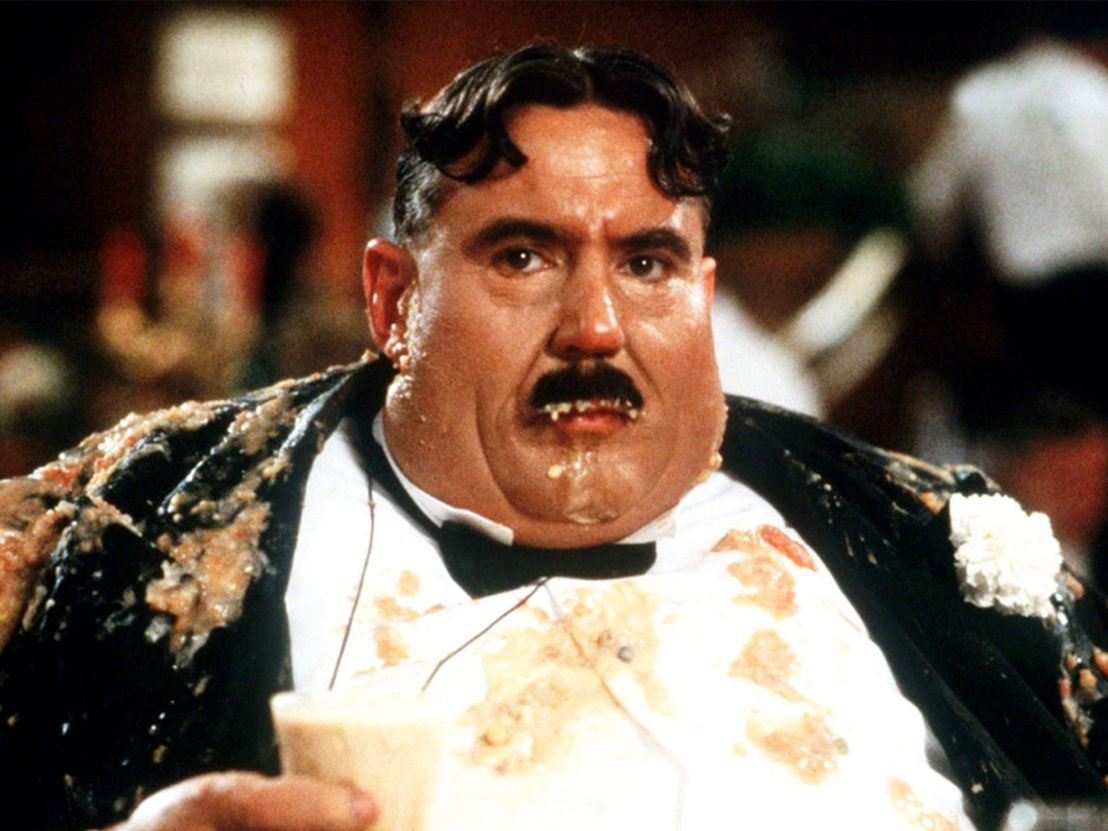 A random recent viewing of the 1983 film Monty Python’s The Meaning of Life left an indelible image on my mind. It’s an image that had blurred a little from the time it was first imprinted there, way back in my early teens, when watching a film like this was considered a subversive act to be savoured. (Prophetic side note: I first acquired the film on a VHS that came as a free gift with a takeaway pizza).

This is a film that – for better and for worse – supplied you what now might be referred to in common parlance as “cursed images” – those diabolical visual concoctions that are indexed in the mind in a shady section protected by lock and key. These are images that have never been seen before and will never be seen again.

I am referring, of course, to the chapter about two thirds into the film which arrives with the title “Autumn Years”. It begins with Eric Idle singing a very witty, Noël Coward-esque piano ditty about the penis, before segueing into the main event – a meal enjoyed by the obscenely corpulent human butter-ball, Mr Creosote, as realised by Terry Jones caked under sedimentary layers of grisly prosthetics.

For those who haven’t had the pleasure of witnessing this grotesque charade, it sees our “hero” waddling into a classic sketch comedy restaurant dressed in a figure-hugging XXXXXXXXL tuxedo, and being served up every item on the giant menu. Creosote’s unremitting gluttony is enabled by a toadying French waiter as played by John Cleese. Bodily fluids gush like volcanic hot springs, and a final “waafer-thin” after-dinner mint becomes the detonator that nudges Creosote’s physical capacities over the top.

It’s one of the great gross-out set-pieces, climaxing with Jones’ foul creation bereft of internal organs and circulatory system, but somehow still angry at the inconvenience of the situation. It’s a sequence that reaches the point of transcendence the more you watch it, as the sense of physical disgust at what you’re seeing eventually gives way to the film’s earnest (if jokingly cynical) philosophical intimations regarding the relationship we have with our own bodies, and how that relationship can be corrupted by unfettered capitalism.

Jones plays Creosote as unrepentant and evil – an oversized beast with no sense of how much space he’s actually taking up. Interestingly, he doesn’t give Creosote his own refined, posh accent, but more of a rough, North London working class brogue, making him come across as a nouveau riche ruffian who has no idea what to do with his wealth other than consume it and build it into his own body. He dines alone, the suggestion being that a man like this would have no use for human company. It would be tragic if it weren’t so comic.

It’s maybe a little cheap to draw a connection between this paragon of avarice and modern captains of industry who appear to want to amass material wealth to a point where it becomes little more than a meaningless metric, but it needs to be said. The billionaires of the world, sitting atop their teetering money mountains, have more than a dash of Creosote in their blood – consuming everything in their paths and getting fat while those around them look on in disgust, wiping the flecks of blood and vomit from their own soiled ball gowns. Even as they can take no more, it’s still somehow in our interest to feed them. How soon until they explode?

This is an idle memory, one that seems sadly relevant now that Jones has passed after previously announcing, in 2017, that he was suffering from dementia. The situation calls for hyperbole, but it’s not overstating how great a comic performer he was. The Meaning of Life unlocked a perverse, personal desire to consume images that would otherwise go unseen in real life. On a DVD extra of my favourite film of all time, Playtime, I recall seeing Jones remark that Jacques Tati made him realise that comedy could be funny and beautiful at the same time. The Mr Creosote sketch is definitely beautiful, in its own repulsive way. 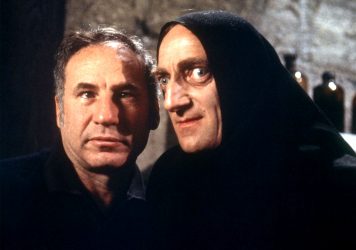 With Young Frankenstein now a major stage show, we reflect on the career of a living legend of comedy.