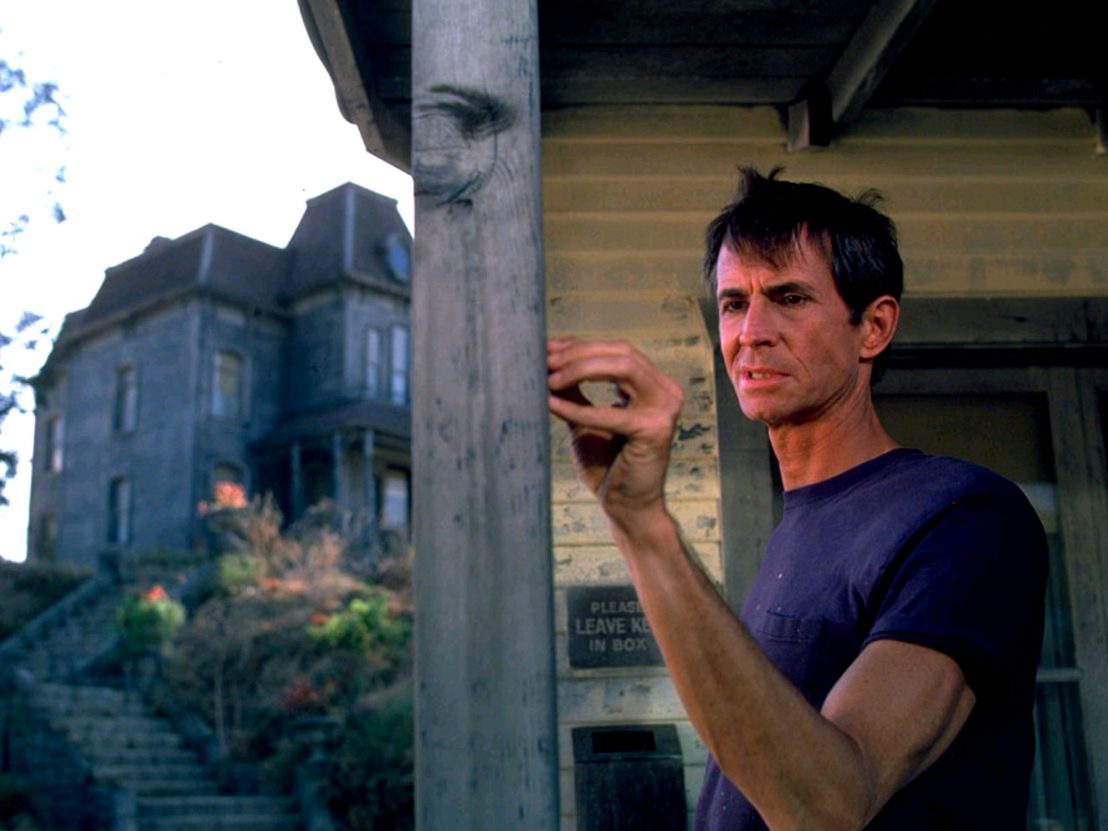 “See,” Mary Samuels (Meg Tilly) reassures Norman Bates (Anthony Perkins) after she has persuaded him to enter his mother’s bedroom in the house on the hill above the Bates Motel. “No ghosts.”

It’s 22 years since Norman was put away for seven murders, which he had committed while dressed as the mother whose own mummified corpse he kept with him in the house for conversation. Found not guilty on grounds of insanity, he has spent all this time locked away in an institution, but has now, thanks to the work of his psychiatrist Dr Bill Raymond (Robert Loggia), been judged fit to return to society. And to return home, where he has taken in Mary while she seeks more permanent accommodation.

It’s also 23 years since Norman’s last killing spree appeared in Alfred Hitchcock’s Psycho, changing the history of horror by transgressing all manner of then fixed moral boundaries, and ushering in the slasher subgenre that would truly hit its stride in the early 1980s. Now Norman is out again, and struggling to break free of the shackles of history – maybe even to forge himself a new future with the younger, sympathetic Mary. Yet even as Mary insists that there are no ghosts, we see one: the shadow of Hitchcock’s familiar profile clearly cast (though unnoticed by either Norman or Mary) over the long departed Norma Bates’ closet, in a posthumous version of one of the director’s famous cameos.

Of course, there are other ghosts of the past haunting poor Norman. We can see the conflict in his face whenever he is confronted with the tools of his past killings – the key to Room 1, a knife, a tin of poisoned tea – and in his smile, at once shy and warm but also conspicuously crooked, as Perkins, back after so many years in his most (in)famous role, invests his character with a stuttering, awkward humanity.

Yet this time around, the tenacious recurrences of Norman’s traumatic history are not merely internal. They come in the external form of Lila Loomis (Vera Miles, returning from the original), determined that Norman should not get away with the murder of her sister Marion Crane (whose notorious death in the shower is replayed in this sequel’s prologue); and of scuzzy motel manager Warren Toomey (Dennis Franz) who, when fired for turning the establishment, in Norman’s absence, into a drugs den and bordello, does not hesitate to bait Norman with reminders of his status as a ‘loony’ and ‘psycho’.

And then there are the letters and phone calls that Norman receives, purporting to come from the mother who he knows is not only dead but also buried, yet whose presence in the house even Mary starts to sense. It is clear that somebody is messing with Norman. But then Norman is not the sort of person anyone should want to push back over the edge of sanity.

Whenever Norman, in answering the telephone, realises (or perhaps imagines) that it is his mother on the other end of the line, he can be seen switching the receiver from one ear to the other. It’s as good a visual signifier as any that there are two sides to Norman – a man whose personality is split between his old murderous self from the ’60s, and his reformed self in the ’80s. It also marks a strange dual dynamic that Psycho II uses to divide its own viewer.

For while a part of us hopes that sweet, sensitive, sincere Norman can stay on the straight and narrow, and keep resisting those murderous urges and maternal fixations still closeted deep within him, the other part – the depraved, voyeuristic, perverse part – simply wishes to see the old Norman back, dressed in drag and stabbing with abandon the way he did when we first fell so darkly in love with him. The beauty of the film is that its tensions play both sides simultaneously, leaving us unsure which way Norman will turn, or indeed which way we want him to turn. As the twist-heavy narrative bends us this way and that, it also confronts us with our own errant desires.

In 1982, Robert Bloch published a sequel to his 1959 novel ‘Psycho’, which had inspired Hitchcock’s film. Bloch’s ‘Psycho II’ kills Norman off early, and focuses most of its energies on satirising Hollywood’s love of exploiting real-life acts of rape and murder to sensationalise its cinematic productions. Unsurprisingly, Universal Pictures baulked at the direction in which Bloch had taken the property, and hired writer Tom Holland to create an entirely separate film sequel.

The result is Psycho II, directed by Ozploitation luminary Richard Franklin, which the studio expected to be a small made-for-cable production, with Christopher Walken under consideration for the role of Norman. But no sooner had Perkins read Holland’s screenplay than he insisted on reprising his part, at which point the film’s profile was raised inestimably.

Like its confused protagonist, the Psycho franchise is essentially a product of the relatively genteel postwar period that had been put away for decades and then released, dazed and blinking, into the very different age and ethos of the ’80s, affording us a glimpse into how times and values had since changed. Hitchcock’s monochrome (seen in the opening sequence) here gives way to full colour. There is, in the diner where Norman briefly takes a job under kindly Emma Spool (Claudia Bryar), the incongruous sight of our old-world anti-hero walking past Battlezone and Ms Pacman arcade machines.

Psycho’s on-screen flushing toilet, without mainstream precedent when the film was released in 1960, is here replaced by one that messily pours geysers of blood all over the bathroom floor. The shower scene, edited as a game of peek-a-boo that painstakingly avoids showing either Marion Crane’s ‘parts’ or indeed any actual penetration of phallic blade into flesh, is here voguishly updated to reveal explicit flashes of Mary’s T&A – and the deaths, when they come, are graphic and gory in a way that would not have been possible in 1960.

Yet in many ways, Psycho II stays true to Hitchcock’s original. It is not just the return of Hopkins and Miles, and those iconic sets of motel, house and swamp, but also Jerry Goldsmith’s dramatic score (paying respectful homage to Bernard Herrmann), and DP Dean Cundey’s love of dutch tilts, swooping cranes and god’s-eye-view high-angle shots, setting our view of everything off kilter as though we are observing events from a perspective dreamt up by Norman himself (who fancies that he is always under the watchful eye of his mother).

And of course there is the way that the plot inexorably manoeuvres Norman, so eager for improvement, alteration and modernisation, right back to where he was when we first met him in Hitchcock’s film. Lastly there is Franklin’s consummate handling of suspense, black humour and several paradigm-shifting twists, making this a worthy sequel to the original, and a convincing evocation of the old master’s ghost. 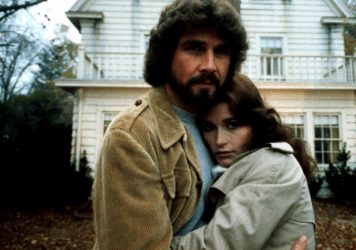