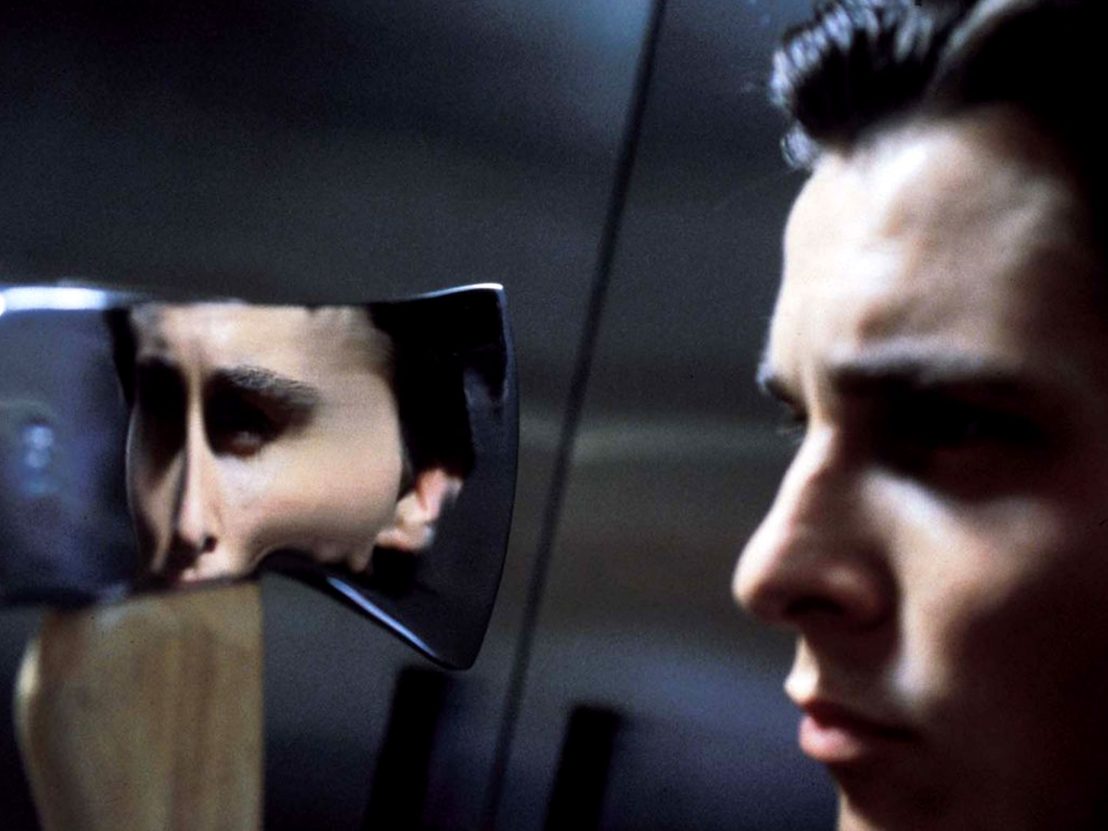 “I move away from the bum, noticing, instead, a little girl smoking a cigarette, begging for change outside Trump Tower. “Shoo,” I say.” This isn’t Donald Trump detailing his morning commute, this is Patrick Bateman – a vile construct from the mind of author Bret Easton Ellis as featured in his epochal 1991 novel, ‘American Psycho’.

A screen adaption arrived less than a decade later care of director Mary Harron, hitherto best known for her true-life tale of NY proto-feminism, I Shot Andy Warhol. Both book and film offered a caustic, nostalgic view of the go-go ’80s, with Christian Bale stepping into the designer loafers of psychotic capitalist cypher Bateman, a slick-haired figurehead of the consumerist nightmare as embodied by a man who owns a tower any Bond villain would be jealous of. That’s right: Donald Trump.

Given Bateman’s obsession with the Trumps, it feels apropos that American Psycho should once more return to the cultural conversation. The backdrop of the story is the fervour of Wall Street in the 1980s, a time when big business was thriving and well-coifed men lusted for power and status. Although the Trump of modern times may be selling himself as a ‘man of the people’, he remains an oily paragon of capitalism as symbolised by the fact that Trump Tower still stands tall in New York City.

Harron captures the absurdity of the swelling narcissistic values which Ellis laid out with such punishing preciseness in his source novel. His prose is a reflection of the claim that society had become obsessed with surface value. With this collective vanity came a greater attachment to products, matter, things, with focus attuned to matters of look and price as opposed to actual content – a fact made abundantly clear as we see Bateman glide through his thorough morning pamper routine as if he were conducting a symphony.

This excess of consumerism is satirised in the way that characters’ surface traits are indistinguishable from one another, whether through their identical designer suits or cosmetic tortoise shell eyewear. Although our murderous anti-hero appears identical to his peers, he is anything but that. He may snort the same cocaine and dine at the same restaurants, but behind that slick façade he is repulsed and repulsive.

Nowhere is this contrast clearer than in his luxury apartment, which boasts a beautiful minimalist decor – a decor the camera glides across with great care, as if not wanting to mess with the Feng shui. Behind the brushed steel closets and shiny white panels are severed heads and weapons. On the surface the apartment is perfect, but underneath it is a murder house. 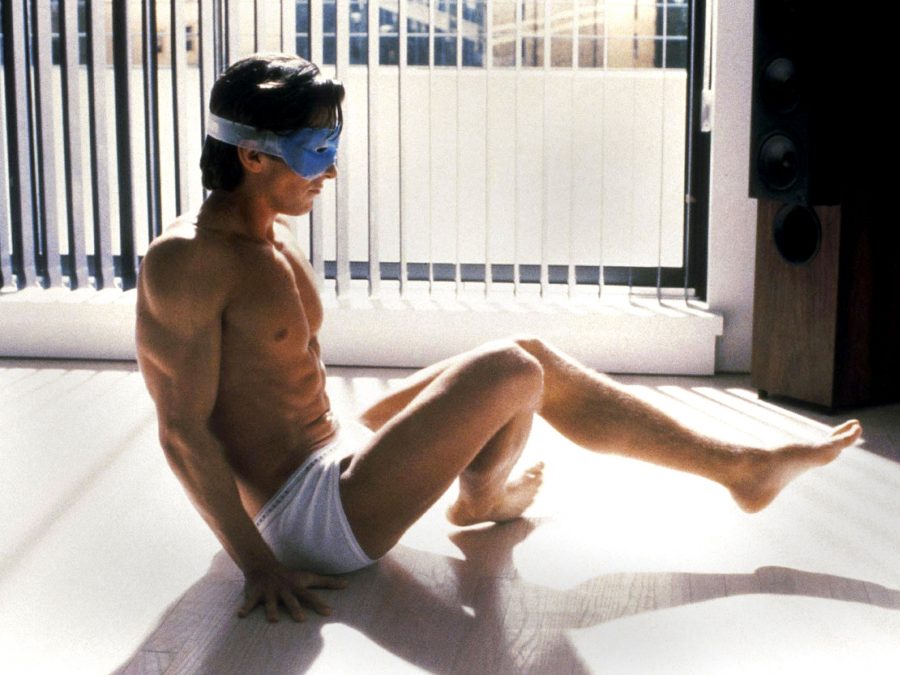 This homicidal streak defines half of Bateman’s character. It results in several acts of slasher-esque gore: the murdering a dog; the throwing a chainsaw at a woman. It’s perhaps surprising that a woman opted to direct this film about a hateful male misogynist whose whose predilection for visceral violence would seem to be more geared towards a male, almost fanboyish audience. But this perspective is what elevates the film above the the source material. She ridicules of these attitudes, and cuts through the romantic view of Wall Street as an arena for noble gladiatorial combat. Speaking to Dazed and Confused magazine in 2014, Harron said: “I very much think [American Psycho is] a feminist film. It’s a satire about how men compete with each other and how in this hyper-real universe we created, women are even less important than your tan or your suit or where you summer.”

This ridicule is felt the strongest in the film’s infamous business card scene. Driven to a mild panic attack by the different shades of lettering on his all-male colleague’s business cards, Bateman and his cohorts are presented shallow in the extreme. This black humour sits at the core of the film and is effective because it never strays into overt parody. Later, we see Jared Leto’s face axed into oblivion by a vengeful Bateman in relation to his rival’s ability to gain a dinner reservation. He does what we all feel.

The fun doesn’t stop here. Despite the soundtrack comprising of quintessentially ’80s themed party bangers, the lyrics of the tracks are completely decontextualised in order to emphasise the essentially comic nature of the story. Leto’s beautiful face is smashed in (as it was in Fight Club) to the cheerful beat of Huey Lewis and The News’ ‘Hip to be Square’. Similarly, Chris de Burgh’s swooning love song ‘Lady in Red’ emanates from headphones while prostitutes are being murdered. This dark contrast is not only present here, but also in the evocative cinematography by Andrzej Sekula, where the monochromatic style of Bateman’s apartment and workplace are contrasted and tainted with the deep red of human blood.

On reflection, this film still stings now, maybe even more so considering the current geo-political climate and the normalisation of narcissism. The quintessential male businessmen is presented as being a clone of Donald Trump – they both represent and idolise him. It is a disappointment that our society is even more damaged than the time the book was written. The satire is now reality. These murderous goons may have copied Trump, but we’ve elected him. So say hi to your new neighbour. His name is Patrick Bateman. 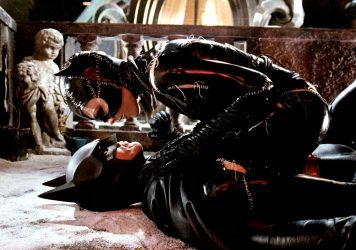 Why Batman Returns is perfect Christmas viewing for 2016

Tim Burton’s 1992 sequel is a film of utter chaos – what’s more holiday appropriate than that?