With its sleazy motels and crowded terminals, John Hughes’ vision of America is one audiences know only too well. 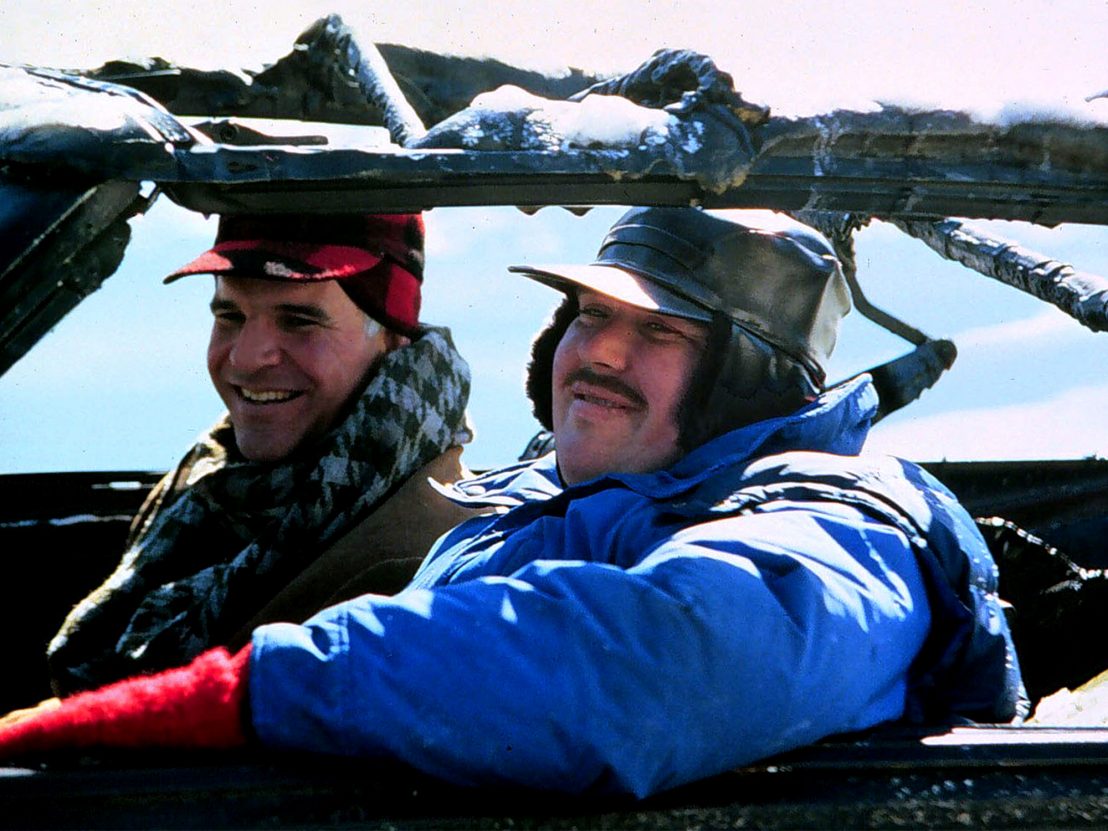 “Nothing behind me, everything ahead of me, as is ever so on the road.” With this statement, Jack Kerouac sought to encapsulate the mythic appeal of the American road trip in all its permutations, from freewheeling teens headed out West on some hedonistic folly to a vacationing family driving across the vast plains. Cinema has long held a deep fascination with the power and pull of the American road, with the likes of Easy Rider, Thelma & Louise and Badlands capturing the enduring countercultural spirit of life in a permanent state of transit.

Of course, not all road movies deal in such romanticised absolutes. In 1987 John Hughes reimagined the American road trip as a calamitous, entirely unappealing experience in the form of Planes, Trains & Automobiles. By Hughes’ hand, the roguish bikers of Dennis Hopper and Peter Fonda in Easy Rider become happy-go-lucky imbecile Del Griffith (John Candy) and cantankerous NYC suit Neal Page (Steve Martin). There is nothing cool or empowering about this protagonist pairing, they are simply ordinary Americans whose paths cross again and again. Their journey together marks an overlap between reaching new frontiers in the American road movie canon, as well as acknowledging the existing legacy.

Hughes’ script bears all the hallmarks of a classic road movie, most evidently in the arc of a character who is trying to get home to his family. Set around Thanksgiving and opening with a physical comedy routine in the streets of New York City, the film constantly glances at a certain time-honoured American sensibility in its rear-view mirror. 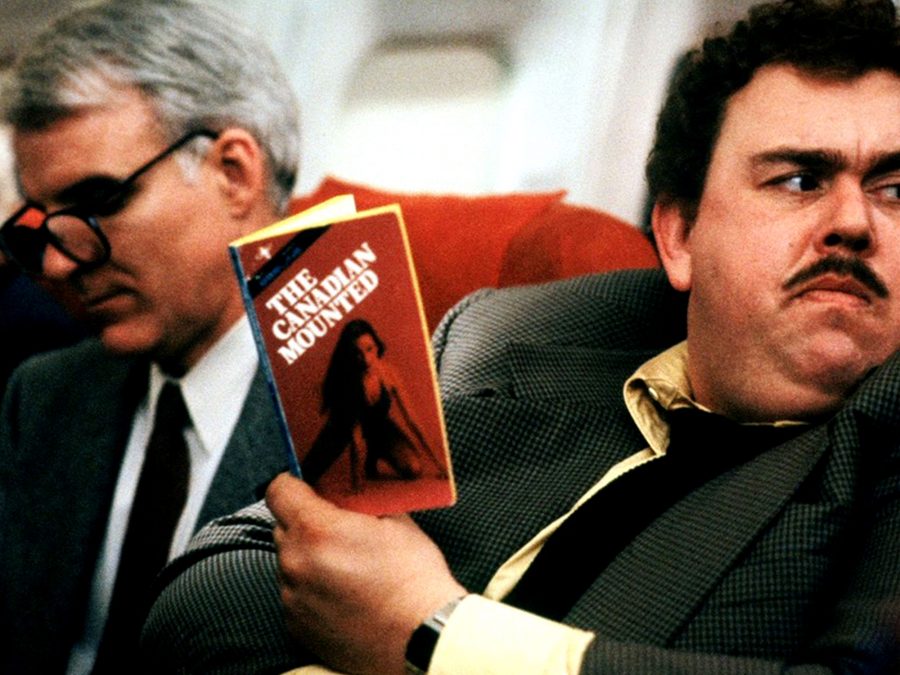 Martin’s Page is desperate to get away from his job as a high-flying executive in NYC see he can celebrate the holidays with his family in Chicago. But inclement weather, rude taxi drivers and a rotund shower curtain ring salesman conspire against him, and his simple trip soon turns into a maddening odyssey. After his cab is nicked by a mysterious, cherubic-faced man, Page arrives at O’Hare airport with minutes to spare – only to find the perpetrator sitting opposite him in the departure lounge. “Don’t I know you from somewhere?” says Griffith, seemingly oblivious to Page’s obvious attempts to ignore him. This question is the catalyst for Hughes’ grandest cinematic outing, a vehicular menagerie of flaming rental cars, refrigerated milk trucks and crowded trains.

The first motel the pair end up in is familiarly sleazy but without the customary ramshackle charm. Clandestine liaisons in heart-shaped jacuzzis and breakfast at the local diner – a central motif in any self-respecting American road movie – is lost in the wintery blizzard of Hughes’ narrative. Instead, the motel is a rundown rest stop that serves as a battleground for these unwitting travelling companions. Similarly, when Griffith and Page stop for coffee they discover that all their money has been stolen, thus subverting the navel gazing that typically occurs in these roadside institutions.

Planes, Trains & Automobiles has very little in common with Jack Kerouac’s earlier story – there’s no womanising, boozing or wild nights of the soul here. This is the cold and sobering comedown of real lives in a real America that doesn’t so much invite people in as shun them from attempting to navigate it. There’s no forgetting the vehicles Griffith and Page commandeer during their excursion either. Thelma and Louise’s convertible and the roaring Harleys of Easy Rider are lost in the metaphorical fender-bender of this particular journey, where various modes of transport stifle rather than liberate our intrepid duo.

Thirty years on, Hughes’ film remains as hilarious and moving as ever – in part because the director showed us a side of America that we know only too well. It’s an America of desk clerks obstinately sticking to their rules, an America of cancelled flights and agitated travellers sweating in crowded terminals. It is in many ways a vision of America in the 1980s, but one which has never really run out of gas.