The cult teen crime-drama that became a Gen X touchstone

The angst-ridden Over the Edge from 1979 was a major influence on Richard Linklater and Kurt Cobain. 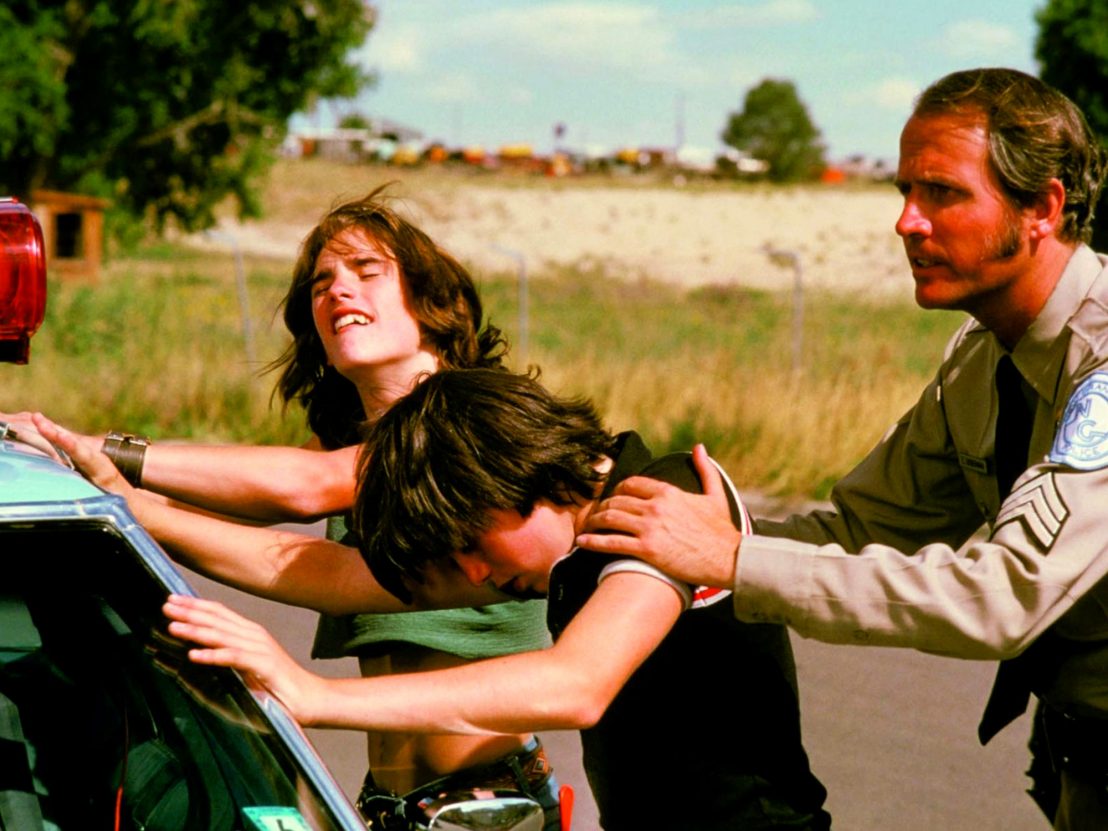 “Welcome to New Granada,” reads the roadside billboard which opens Jonathan Kaplan’s Over the Edge, with the subtitle “tomorrow’s city… today”. But behind it is only empty space. This planned community was meant to be a utopia, but harsh economic realities have since set in.

While one part of New Granada still represents the aspirations of a middle-class yearning to leave behind the city’s rougher edges for a more peaceful, crime-free suburban life, the oldest housing development in another part of town has become neglected and impoverished, while new buildings remain unfinished and empty as the money has run out. A large plot of land originally reserved for the construction of a skating rink, a bowling alley and twin cinemas is now being up for sale to become an industrial park.

With nowhere to go but a makeshift recreation centre that closes at six o’clock every evening, 14-year-old Carl Willat (Michael Kramer) and his friends the bad boy Richie White (Matt Dillon), stoner Claude Zachary (Tom Fergus) and Claude’s mute brother Johnny (Tiger Thompson) are bored out of their minds, and keep themselves entertained with drinking, drugs and minor acts of delinquency.

As we follow Carl’s misadventures over several days – his romantic pursuit of Cory (Pamela Ludwig), his rebellious fallouts with his bourgeois parents (Andy Romano, Ellen Geer), his various run-ins with local police chief Doberman (Harry Northup) and with Cory’s boyfriend Mark Perry (Vincent Spano) – we see a young man teetering on the edge of adulthood, criminality, and deep disillusionment, as he finds the adults around him wanting. New Granada is set to explode. 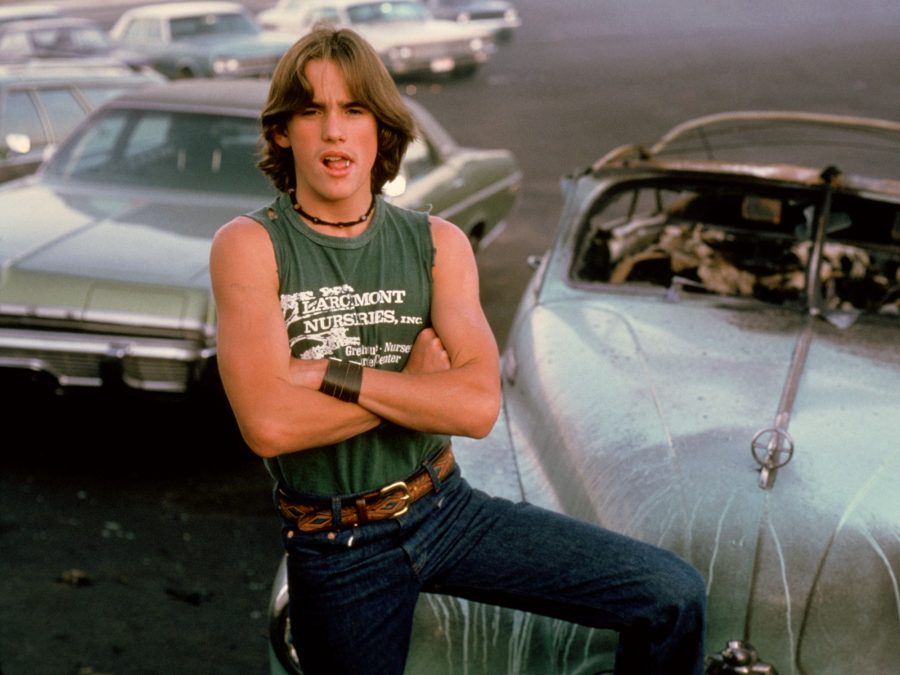 As its opening suggests, Over the Edge is essentially a film about real estate, mapping out in New Granada the tensions between classes and generations that are being built into America’s future. As the adults show greater concern for sales and bottom lines and materialism than for the values and living conditions of their community, and the overzealous Doberman, in displaying an open, deeply prejudicial contempt for the junior high schoolers, in fact creates the kind of problems that he is meant to solve, the children too learn to stop caring, and start developing a default disdain for authority.

These kids may be unruly, but their delinquency is learnt: you can see it in the way that they appropriate the language of grown-ups. There are several examples of this in the film, but perhaps the most pertinently absurd are when the young dealer Tip (Eric Lalich), seated on a deck chair in the sunny garden of his mother’s home, is heard saying on the phone: “With inflation and the dollar dropping, it could get pretty heavy…. I don’t make the market, I’m just out on the street like everyone else,” or when Mark tells Carl, “Any time you want to come and say hello, just leave a message with my secretary.”

The kids’ callous indifference, too, reflects the attitudes of their parents. Like the ‘botany box’ in the class room of a disgruntled teacher, this community is an ecosystem – and the dysfunction and rot within it are not confined merely to its saplings.

Three different realities collided to build – and then almost destroy – Over the Edge. The first of these was an article appearing in the San Francisco Examiner in 1973 about bored local kids in Foster City, California who kept trashing the new planned community where they lived. Not only was this real-life story the inspiration for the film’s screenplay, but its writers Charles S Hass and Tim Hunter spent time with the teenagers of Foster City to find out what made them tick. As a result, even if Kaplan’s film is ultimately exploitation fiction (with a combustible climax entirely different from anything that actually took place in Foster City), it nonetheless comes with a lived-in naturalism that emerges from all the ground-level research that went into its screenplay.

“Over the Edge’s fans would eventually include Nirvana’s Kurt Cobain, whose music video for ‘Smells Like Teen Spirit’ was a loose homage to the film’s climax in the school.”

The second reality was in the casting. All the child actors were, unusually, playing their own age. Michael Eric Kramer and Vincent Spano already had some experience on camera, but the other teen leads, including Matt Dillon (discovered in New York, aged 14), Pamela Ludwig and Tom Fergus, were appearing on screen for their first time, while the extras were non-professionals recruited from the Colorado community where the film was shot. This brings a high degree of vérité to Over the Edge, which has more in common with the fly-on-the-wall hang-out aesthetics of Richard Linklater (who has since expressly claimed the film as an influence on his 1993 feature Dazed and Confused) than with other ‘gang films’ released in 1979.

The third reality, however, was precisely the controversy surrounding these gang films. After screenings of Walter Hill’s The Warriors in 1979 led to real-world vandalism, violence and even murder among gang-affiliated theatregoers, studios became nervous about promoting anything with vaguely similar themes, and so titles like Robert L Collins’ Walk Proud, Philip Kaufman’s The Wanderers, Michael Pressman’s Boulevard Nights and Over the Edge received only very limited theatrical releases, effectively killing their chances at box-office success.

Over the Edge only gradually built its audience with repeat screenings on cable in the ’80s and a home video release in 1989. But its fans would eventually include Nirvana’s Kurt Cobain, whose music video for ‘Smells Like Teen Spirit’ was a loose homage to the film’s climax in the school. Over the Edge has now transcended to the status of cult classic. 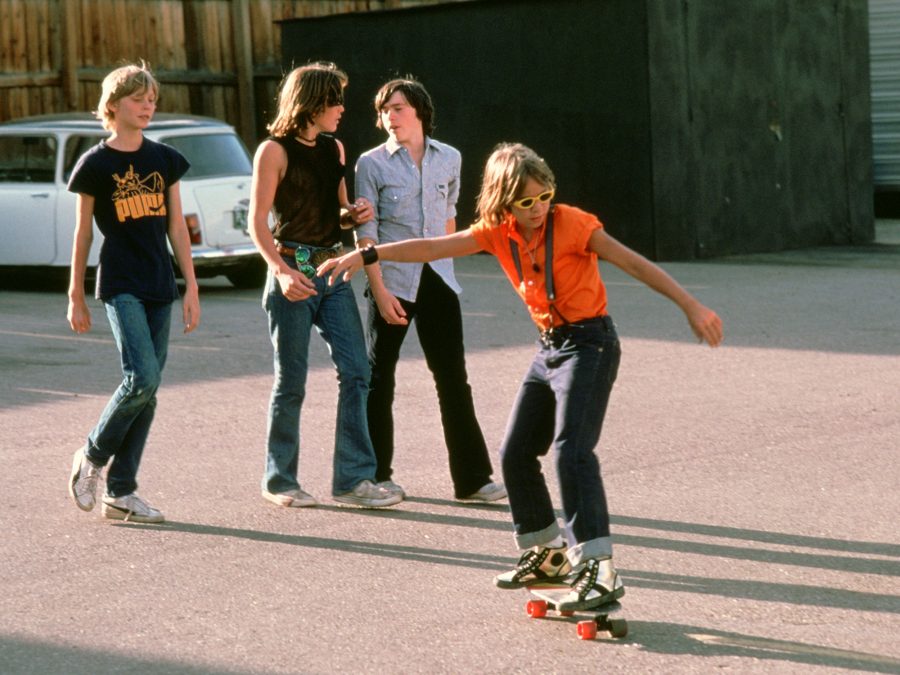 Set to a soundtrack of Cheap Trick, The Ramones, The Cars and Van Halen, Over The Edge might sound like a preachy after school special, akin to the hilariously po-faced educational short film on vandalism which is shown in the school assembly and gets all the pupils cheering at the sight of windows being smashed. Kaplan’s film, however, is nothing like that. It refuses to demonise any of its characters: the children are essentially good people, in spite, perhaps even because, of their ultimate orgy of destruction (which is presented as a scatter-gun act of revenge), and even the flame-fanning Doberman tries to act properly, with the most unconscionable act that he commits framed in such a way as to be justifiable from his point of view.

There is no clear moral message here, and the ending is left unresolved, as Carl, now come of age in a crucible of violence, heads into an uncertain future. Several times in the film, Carl is warned by Doberman of the crucial ‘choice’ that he must make about the road that he travels. The choice that Carl does ultimately make oddly aligns Over the Edge, for all the whiteness of its characters and the suburbanism of its setting, to Spike Lee’s Do the Right Thing, except that Kaplan’s film is more concerned with divisions of age than of race. Carl may get a hero’s send-off in the final scene, but given where he is at the time, and where he is going, there would still seem to be trouble ahead. As always in this film, things could go either way.

“This isn’t just a New Grenada problem. I’ve talked to city managers and councilmen and mayors all over the country, and heard that same stuff about the kids over and over again.” The speaker is Jerry Cole (Richard Jamison), President of the Homeowners’ Association at New Grenada, and a key figure in the move to sell off the town’s future heart and soul to commercial concerns. His words bring to mind another President who, two years later, would spearhead a conservative campaign renewing the War on Drugs and reinforcing family values (two policies whose failure, and whose unwitting contribution to the social malaise, are carefully staged here).

Which is to say that Kaplan’s tale of teen delinquency and disaffection is both dramatising a countrywide problem of its times, and presenting the state of the nation. This is an allegory of an America ever under construction, and it examines, in a nuanced, even-handed and unsanctimonious manner, the money-obsessed mindset of adults, parents and entrenched authorities no less than the hostile recalcitrance of errant youth on their road to nowhere.

Over the Edge is available on High Definition (1080p) Blu-ray with its original uncompressed mono audio, via Arrow Video from 31 May. 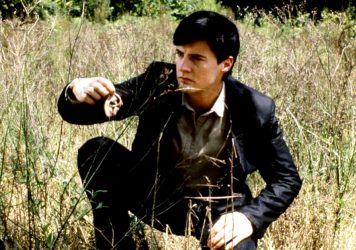