On Location: The concert house from Michael Haneke’s The Piano Teacher

The elegance of the Vienna Conservatoire perfectly contrasts the raw brutality of Isabelle Huppert’s actions. 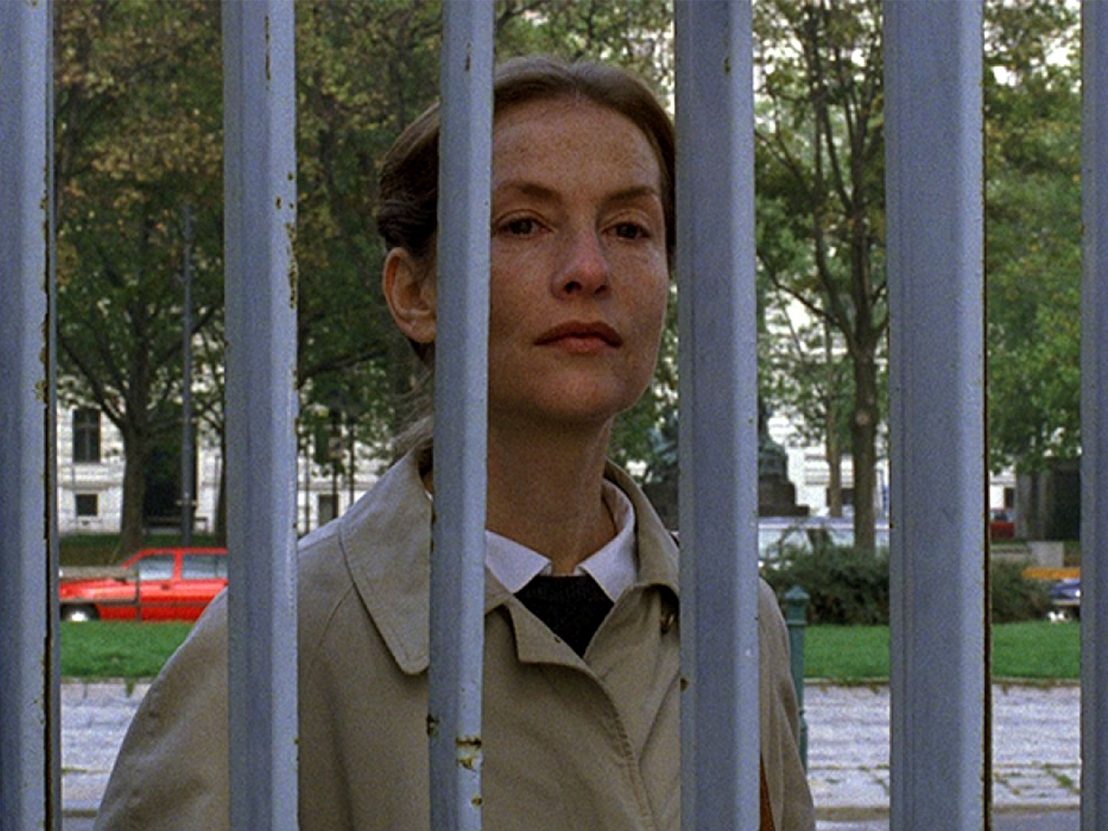 Though Michael Haneke is noted for a filmography filled with brutal, testing drama and ambiguous endings devoid of easy resolutions, his 2001 film The Piano Teacher is relentless even by his standards. Based on the 1983 novel of the same name by Nobel Prize winner Elfriede Jelinek, the film received numerous accolades including the Grand Prix at Cannes and best performances for its leads, Isabelle Huppert and Benoît Magimel.

Haneke’s portrait of the upper echelons of Austrian society makes the most of a small collection of lavish, dramatic locations in Vienna. Through such locations, the contrast between a supposedly pure artistic world and a grubby reality of complex sexual desires, both inhabited with aplomb by the central character, is heightened to a disturbing level.

The Piano Teacher follows Erika (Huppert), the troubled pianist of the film’s title teaching at a Viennese music conservatoire. Living with her domineering mother (Annie Girardot) and trapped in the repressive loneliness caused by the demands of her work, Erika develops a multitude of violent fetishes which she masks behind a stoic coldness.

Meeting Walter (Magimel), a young and musically talented engineer, she torments him with potential sexual satisfaction but never fulfils it. Becoming envious of one of her pupils in the run-up to a major concert at the Conservatoire brings out her demented qualities, pushing Walter away until the relationship breaks loose of its shackles and her violent fantasies become a disturbing reality out of her control.

Though shot around Vienna, the majority of the film takes place in the Conservatoire’s various rooms. Whether in the cramped, tense practice space where Erika deals out stinging barbs of criticism, the huge concert hall or its elegant foyer, Haneke creates a detailed map of this locale. Life within the building is almost a torment for Erika, listening to average renditions of her beloved Schubert while staring out of the window at the sun reflecting off the bright walls of the buildings around, perhaps hoping for something more fulfilling.

So many of the film’s pivotal moments occur in this building, but it is in the final scene that the elegance and splendour of its architecture comes to create a stark contrast to the broken people within it. It is the night of the recital, the event which much of the film’s dramatic tension has been haunted by; the pressure breaking some of the students.

Erika has taken over the evening’s Schubert recital after she peppered broken glass into the pocket of her pupil in a fit of jealousy. Everyone who has worsened the tensions of her life are in the foyer; her ubiquitous mother, the injured student, the student’s mother – reflecting the pushiness of her own mother only a few decades staggered – another failed student who she caught leering at pornographic magazines, and, finally, Walter.

The moment is too much after the previous evening’s events: Walter, enraged beyond control, destroying Erika’s dark fantasies by beating and raping her. As the young man gives her a causal, almost nonexistent welcome, she breaks; pulling out a long kitchen knife and stabbing herself in the chest, aiming for the heart. The shard of cold silver glints against the woozy gold interiors of the building. She begins to bleed as she makes her way out of the exit, avoiding the concert.

Even the final shot of the film is of the building, a typically patient Haneke exterior, watching Erika escape before a harsh cut to the credits. It’s as if even the camera can’t be bothered to follow her anymore. 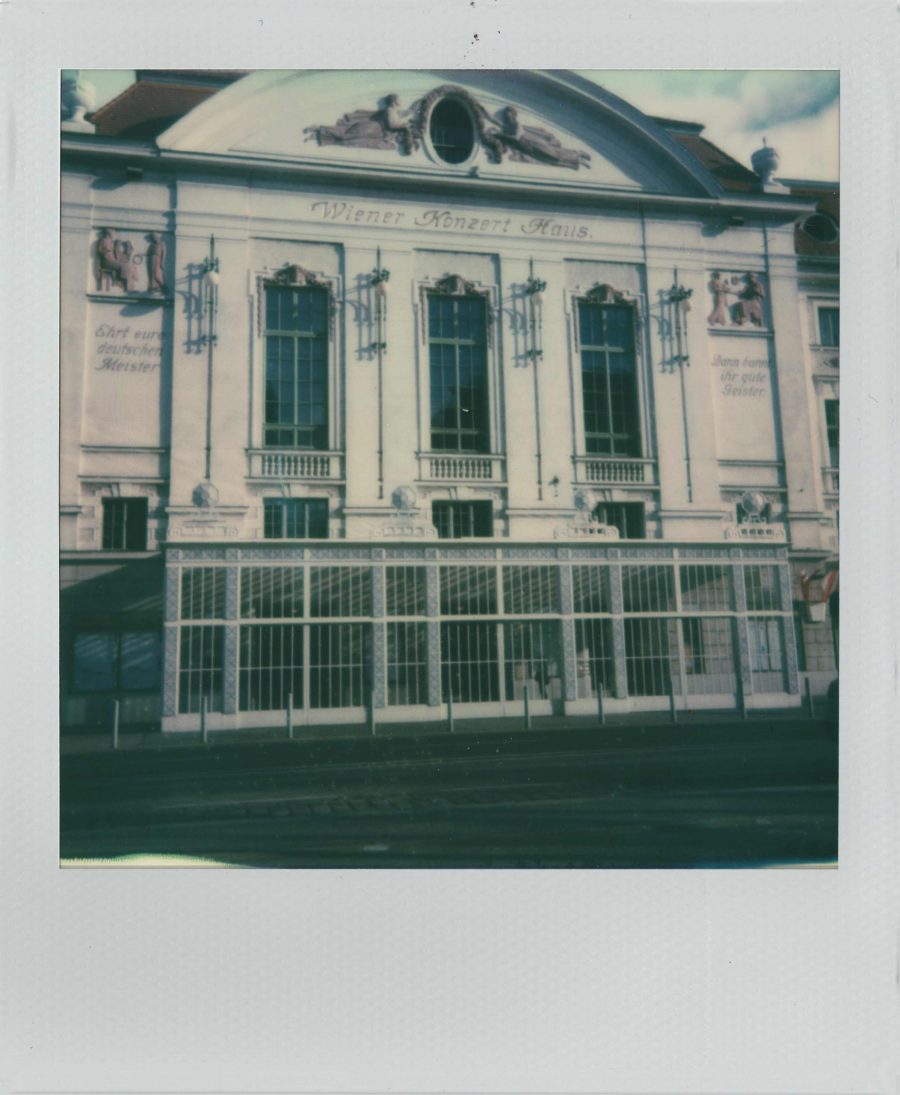 Pleasingly, Haneke faked very little of the building in question. The setting uses the conjoined institutions of the Wiener Konzerthaus and the Akadamietheater on Lothringerstraße in central Vienna. The building itself is relatively young for Viennese music venues, being opened in 1913, and is now the residence of the Vienna Symphony. Even the ice rink seen throughout the film is genuinely next door; Haneke building on real geography for his characters to break down within.

On my visit, it took several attempts to photograph the exterior with its glass conservatory arched over the pavements. Vans persistently parked in front of it and, when finally free, a group from the Akadamietheater dressed as an array of animals posed for photos outside. But finally the entrance was cleared and I was able to take my shot.

The contrast between the elegance of the venue and the raw brutality of Erika’s actions – a final humiliating violence inflicted on her battered body – is even more overt in reality. The building’s beauty gives the impression of a classical utopia, a heady daydream of European extravagance since faded into history. Notably, Haneke changed the ending slightly of Jelinek’s novel to pay dividend to this growing contrast between human and architectural bodies.

In the novel, Erika confronts Walter outside his engineering academy rather than at the concert after he has assaulted her. But the essence of the violence is the same in that the world seems to almost ignore this lone woman, as if her trauma is impossible to consider, the building as indifferent as the people around it. As Jelinek wrote, “The World, unwounded, does not stand still.”