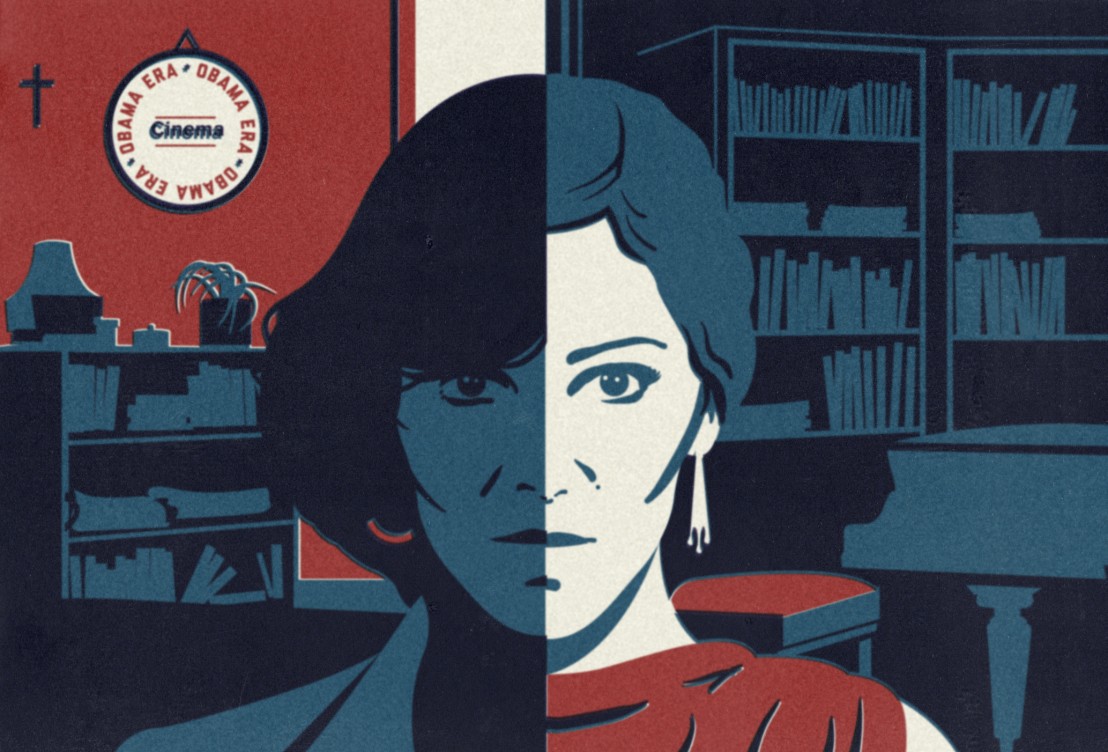 In reference to the ethnicity of nearly every notable American actor and director ever, Richard Pryor once summed up the history of film as “white folks kicking ass.” So what happened when the advent of the first black President coincided with massive economic recession? Obama Era Cinema got red hot around 2012, when two movies dove into presumptions of race and infinite role reversal fantasies. As often with progressive visions, some folks got real mad at them. They were not wrong to do so.

In Antonio Campos’ Simon Killer, Brady Corbet, stripped of his otherworldly dewiness as seen in Mysterious Skin and Funny Games, plays Simon, a malcontent who, after a wretched girlfriend break-up, decides to loosen his mind in Paris by mooching off acquaintances until they tire of him. Clearly inspired by Joran Van Der Snoot, the clean-cut Euro-killer of girls, Corbet (who co-wrote the script with Campos) drains his baby blues of all human essence to present Simon’s self-disgust of his “easy” white-boy life from scene one. You’ve heard of “Driving While Black,” the phenomenon of black drivers being stopped by cops more than white drivers? Simon participates in “Coasting While White”. Simon knows he’s a monster but people are copacetic to his ersatz face and fall for his performance of normality, which makes him sadder and madder than ever.

More 2001 than A Clockwork Orange, Campos’ long, spongy shots take their sweet time watching Simon invade people’s lives by aping an Ivy Leaguer’s arrogant angst. He constantly explains a wonky college thesis he supposedly published about eye/brain connections, a speech so practiced and devoid of passion, we can’t believe him. But Simon’s goal isn’t to charm; it’s to make you understand him as a legitimate person so you’ll give him your spare keys and wi-fi password then leave him be. He enjoys the privilege of assumed identity very few people of colour are afforded. He knows if he plays things right his actions, and by extension his life, will have zero consequences.

Watching Simon casually exploit popular assumptions, we review our own credulous notions of “legitimacy” absorbed from institutional whiteness. We may be taken aback. When I assign Simon Killer to students as homework, they often return saying they hated it, before spending an hour or so dissecting and highlighting the different challenging aspects of the film. Truly, Simon Killer gets them in ways they are unaccustomed to. They love to hate watching Simon dive into the Parisian underworld, befriend and bed a beautiful young black prostitute (played by Mati Diop, a fearless actress of Senegalese descent) before finally initiating the dreaded promise of the film’s title. 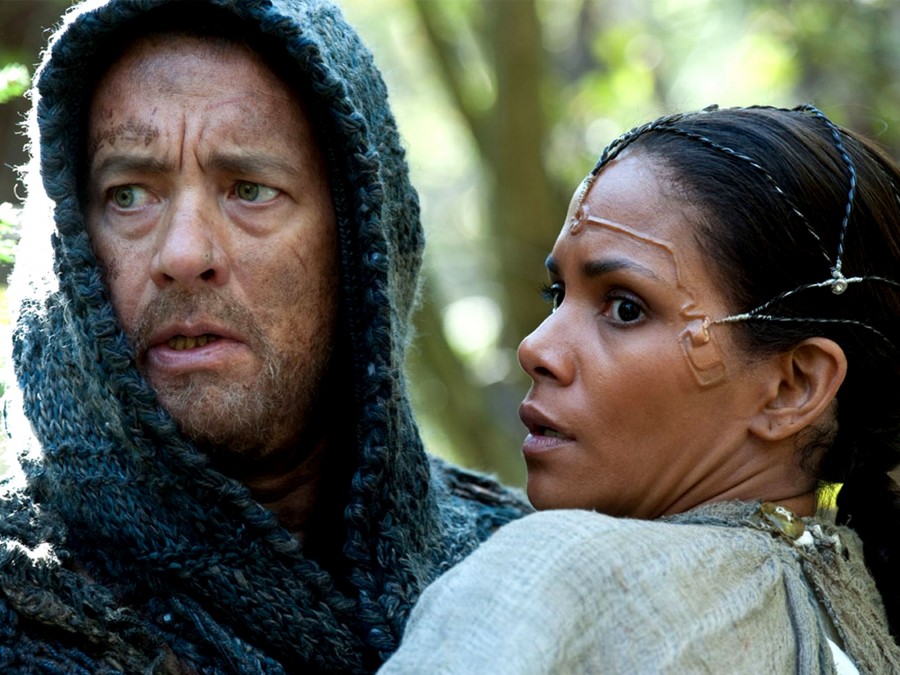 Once upon a time, in the Bush era, it seemed everybody wanted to see Halle Berry naked (see: Monster’s Ball, Swordfish, Die Another Day). I wanted to see Halle Berry play a white woman. To survive Cloud Atlas, the most performative, byzantine and racialicious big ticket Obama film, you must embrace specific labours; you must access your childlike buoyancy, yet retain an adult sense of humour. You must practice looking at blackness on film. What is black film? Must a black film have all-black stars? A black director? Must a black film adhere solely to “black” themes that, whether historic or tragic, maintain a “We Shall Overcome” moral? What is a “white” film, anyway? Aren’t they just movies, where whiteness is never interrogated via total actor transformation, a nine-figure budget or multiple storylines?

In Cloud Atlas, Tom Hanks – America’s most accessible and trusted everyman – appears first muttering in near unfathomable pidgin about “Babbits bawling, wind bitin’ the bone. Ancestry howlin’ at’cha,” his face covered in dark scars and tattoos. Perhaps light skin is a survival-of-the-fittest liability in a globally warmed future? Your knuckles grip the seat. Ancestors are howling indeed. Is this the first major Afropunk sci-fi to stand with Sun Ra’s ‘Space is The Place’, or is this horseshit?

Cloud Atlas rarely tells us where we are or explains what’s happening and there’s plot enough for seven films, but in order to fully get down you must accept movie stars transforming across gender, race and age. (Catastrophic camp or Brechtian perfection?) Hugo Weaving and Ben Whishlaw play swashbucklers that align with their usual personas. They play white women – the Lady Weaving is particularly terrifying and funny. It’s meant to be.

Hugh Grant and Hanks play men their own age, and they play old men, and one of those men is a jabbering cannibal. Even Susan Sarandon plays a man. There’s a birthmark that travels from the 19th century to the year 2321. There’s a Buddhist thing going on and a not-quite-Buddhist thing. There’s gay subtext. Actors speak in accents from every era and astral plane. Everyone plays Asian at some point including bone-white Brit Jim Sturgess who does not emerge with dignity intact, yet compels nonetheless. It’s all truly sense-deranging, akin to the ethnic humanity yowling in Ralph Bakshi’s Coonskin or that superb moment in the middle of Jaques Tati’s Playtime when a handsome brown man in a matching Hulot raincoat and clumsy gait is mistaken by a dude for Hulot himself. That blink-and-you’ll-miss-it Playtime reference goes way beyond the surface. We now know somewhere, in this new Paris, there lives an African Hulot.

In addition, Cloud Atlas casts the first black woman to win the Best Actress Oscar as… well, what exactly is Halle Berry meant to be? Is this a quaint summary of some Eastern reincarnation theories, where the soul is colourless, genderless and can be reborn into anything? Or the sly cinematic revenge of Berry for the first black Academy Award winner Hattie McDaniels (in 1939’s Gone with the Wind), and all black actors of the 20th century who died with their greatest roles left unrealised because the racist industry and society deemed they only play tramps, scamps, butlers and maids? And yet Cloud Atlas does fulfil cinema’s core promise and Obama’s campaign message: in movies, you can open your mind and be anything you want. Yes, you can.

Stephen Winter’s latest film, Jason and Shirley (“One of the year’s best” Richard Brody, The New Yorker), is currently screening across the US. As a professor, Winter has taught at Williams and Cornell. He would like to thank Will Ware for providing research assistance for this piece.