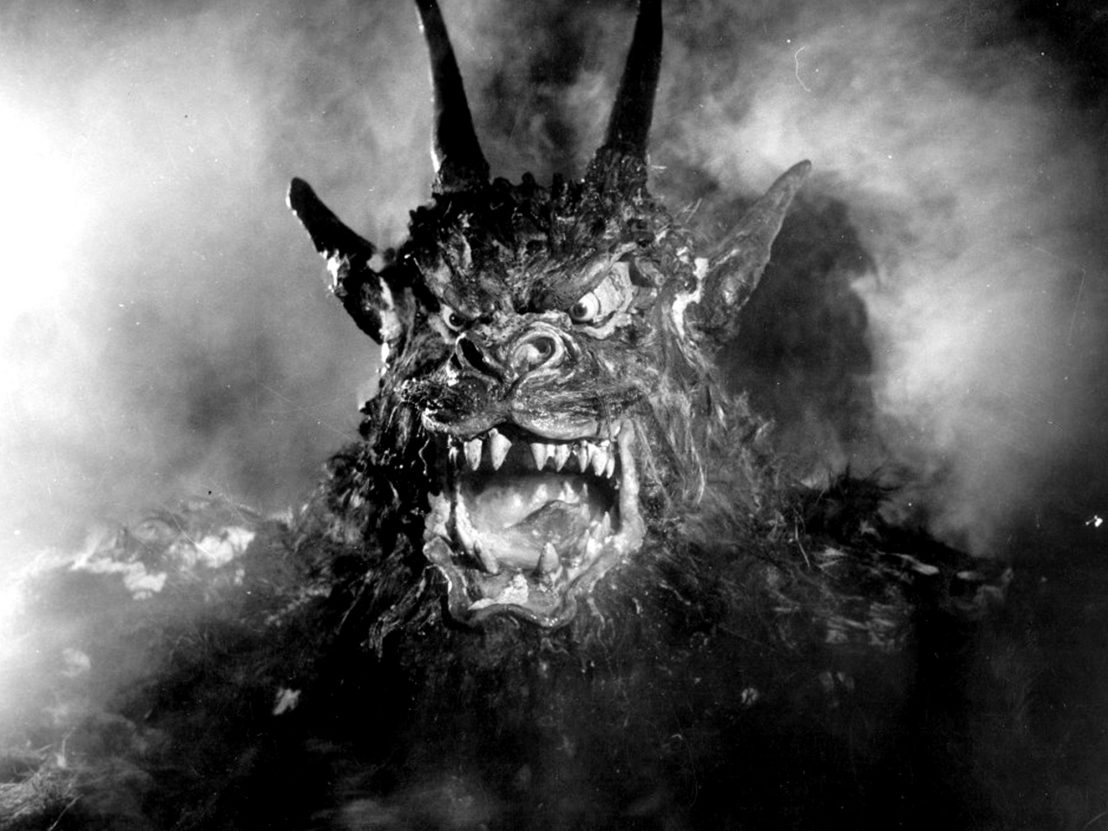 “It’s in the trees! It’s coming!” cries the ill-fated Professor Harrington (Maurice Denham) early on into Jacques Tourneur’s Night of the Demon, the first horror film the director made outside of the influence of maverick producer, Val Lewton. There’s something catching about this phrase that really summarises the rest of the film that follows it – that something is coming for the characters and it’s probably from the rural landscape, forever a signifier of pre-enlightenment thinking.

Playing loose and fast with MR James’ unnerving mystery ‘Casting the Runes’, Tourneur accidentally stumbled across a now popular strand of horror that is concerned with belief, the occult, landscape and supernatural entities. Night of the Demon (or Curse of the Demon as it was called in America) is arguably the second film summoned into existence of the folk horror genre, following on 35 years from Benjamin Christensen’s Häxan: Witchcraft Through the Ages. The film’s spirit would cast an equally long shadow over horror cinema.

The film follows an American psychologist, John Holden (Dana Andrews), visiting Britain for a conference. He is a sceptic of the supernatural and is drawn into the intrigues surrounding the increasingly infamous supernatural writer and researcher, Julian Karswell (Niall MacGinnis). Becoming aware that Karswell has the power to summon a demon to kill through the unknowing passing of a set of runes – a power he has already used to silence previous critics of his writing – the film becomes a race against time to somehow call off the creature from its fated attack on Holden and to stop Karswell from further occult mischief. With the help of Joanna (Peggy Cummins), the niece of the demon’s first victim, Holden must confront the disturbing realisation that there is knowledge beyond that of the academy, rationalism and reason.

MR James’ stories were the model for so many of these ideas, especially the notion that some older knowledge – often evocatively denoted as “the old ways” – is powerful, dangerous and outside of enlightenment understanding. Mixing these ideas with the imagery of standing stones (in this case, Tourneur’s enjoyably needless excursion to Stonehenge), runic symbols and eerie, foreboding landscapes, Night of the Demon moved the genre on from Christensen’s faux-documentary blueprint and into the pure narrative territory that it would occupy and build on in the following decades.

Tourneur ditched the Lewton emphasis on implication alone, as seen in such earlier collaborations as Cat People and I Walked With a Zombie, and combine it with a dread that pays off through a full reveal. This balance is arguably again indebted to James, a writer whose work often builds an ambience of place that eventually leads to a detailed reveal of some fiend, ghostly or demonic. Even the demon itself, 60 years on from its first fiery reveal in the forest, still unnerves with its coy grin. The black and white photography of the forests and night-time vistas on the tracks of the London to Southampton line have an unusual effect on its visual, allowing a fully revealed monster to still feel glanced, half unseen, almost still questionable as being part of the landscape, at least until its final, deadly moments of attack.

The film’s influence has grown stronger as the years have gone by. In 1962 there was another occult ‘night’ dawning in the form of Sidney Hayers’ Night of the Eagle, followed by later esoterica such as Terence Fisher’s The Devil Rides Out, Piers Haggard’s The Blood on Satan’s Claw and Don Sharp’s Psychomania. This is before considering the sampling of “It’s in the trees…” in Kate Bush’s 1985 song ‘Hounds of Love’ that has taken on a demonic life all of its own. But the film is more than a catch-basin for sampling and pop culture references.

The decade of the seventies would seem perpetually haunted by MR James thanks to Lawrence Gordon Clark’s BBC ghost stories, a follow on from the success of Jonathan Miller’s Whistle and I’ll Come To You for BBC Omnibus in 1968. Clark would even end the decade with his own edgeland strewn adaptation of Casting The Runes for ITV Playhouse in 1979. The influence of the film’s atmosphere has, however, come to an equally palpable head in more recent years. Joe Dante has been in the process of re-adapting the story for some time though the film is still to materialise.

From the occult rituals of Ben Wheatley’s Kill List and the esoteric strangeness of Robert Eggers’ The Witch, to the quiet, sea-demon haunting Paul Wright’s For Those in Peril and the ritual nastiness of David Keating’s Wake Wood, Night of the Demon’s themes still have an unnerving, almost supernatural pull on the stranger end of British cinema even today. Whatever was in the trees has now most certainly arrived. 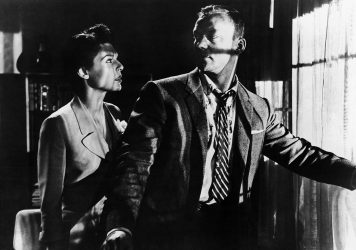