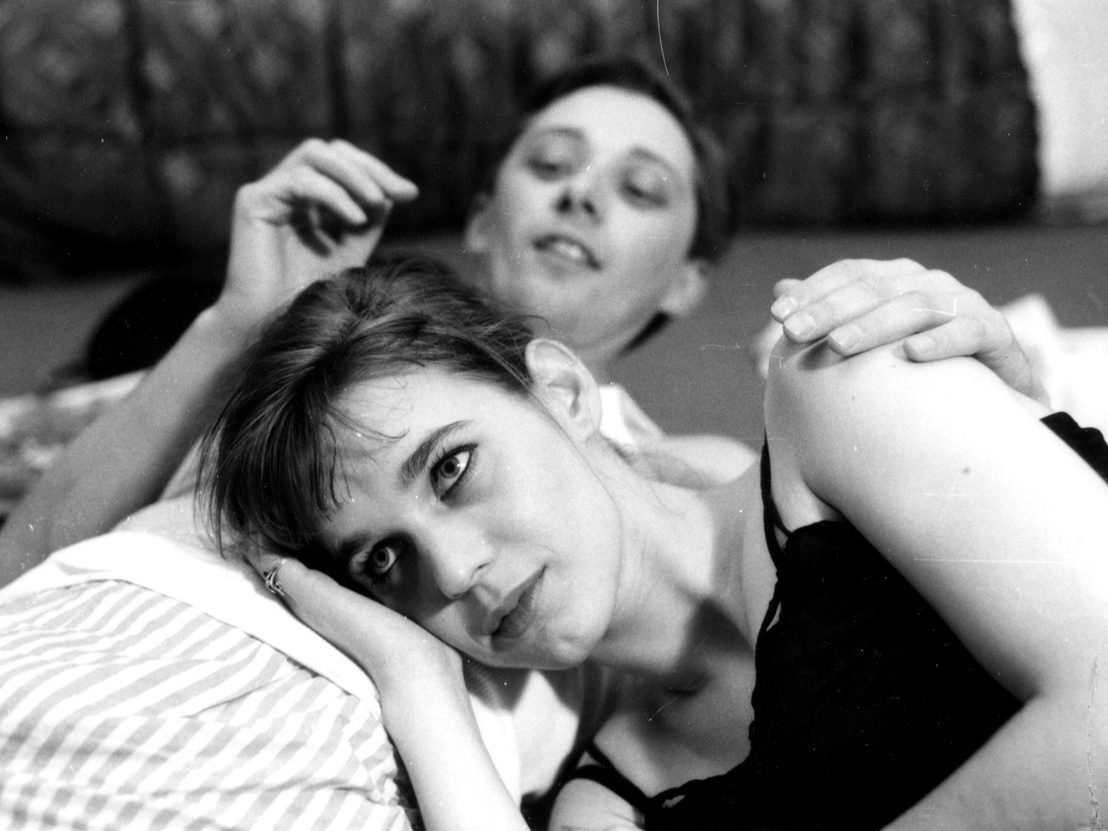 With its unflinching focus on the messy mechanics of necrophilia, Jörg Buttgereit’s Nekromantik was a macabre shocker in monochrome – the sort of film that it is hard to believe even exists until you have seen it with your own eyes. Yet despite its reputation for extremity, it also consistently lived up to the second half of its title, tracing the three-way romance between a man, a woman and the rotting human corpse that they have brought into their home, and showing what happens when the third wheel comes off.

“I want to master life and death,” reads the text that opens Buttgereit’s 1991 sequel. It is a quotation from none other than serial killer Ted Bundy, whose habit of having sex with the corpses of his putrefying victims, and of keeping their severed heads as trophies, informed certain aspects of the film’s plotting. Rather brilliantly for a series devoted to the notion that death is never really the end, Nekromantik 2 picks up precisely where the first film left off, first reprising that final sequence, and then showing Robert’s corpse being dug up – not, as expected, by his ex Betty (Beatrice Manowski) but rather by Monika (Monika M), a nurse who has read in the newspaper about Robert’s strange suicide, and who realises that he is the one to fulfil her own errant desires.

Like the original, this sequel is a bizarre love triangle wherein a very niche sexual need is pursued to a place first between – and then beyond – life and death. Once Monika has worked out exactly what she wants from her man, she pieces it together from the two rivals for her affection, and is herself changed forever by a single, singular act of ecstatic transgression. By grounding these scenes in a mundane pragmatism, with close and prolonged attention paid to the process of digging or cutting up a body, Buttgereit ensures that even the most repellent spectacles come with the sly humour of banality.

At the same time, he finds a broader metaphorical frame through which to view Monica’s rather particularised Liebestod. By first showing the flowers that Monika puts by Robert’s cadaver to reduce his stench, and then showing those same flowers wilting, drooping and dying in time lapse, Buttgereit offers up his film’s world as a memento mori where all life must cease in the end, but where too the dead can still have their uses.

Monika keeps a family photo album of relatives on their death beds or in open caskets, and with her polaroid camera takes photos of herself seated alongside the dead Robert, or of Mark sitting next to statues, or even of Mark posed as a corpse. These are a reflex of film itself, a medium composed of fixed still images merely lent the momentary illusion of movement and life. Even more reflexively, Nekromantik 2 also features several films-within-films: the pornography that Mark voices professionally, trying to get in synch with the on-screen sexual performances; the hilarious black-and-white arthouse parody Mon Déjeuner Avec Vera seen by Monika and Mark on their first date, in which a naked man drones on to his equally naked companion about stuffed birds while eating boiled eggs; and the illicit video nasty, watched by Monika and a group of fellow freaks, of a dead seal being graphically dissected and butchered.

Of that video, Mark comments, “It’s totally perverse to watch this for fun” – words that many would no doubt think apply equally to Nekromantik 2 which, like a combination of all three of these filmic mise en abymes, features its own vicarious sex, preserved bodies and surgical dismemberment.

Yet here’s the thing: as cinephiles, we too, like Monika, dream that the object of our affection, though flat, cold and unresponsive, is somehow alive and not merely a blank repository for our own projected feelings and fantasies. And so we devote ourselves to preserving and penetrating the memories of the past and the dead. This is why necrophilia, as a filmic theme, is also a reflex for cinephilia itself.

Viewers may well tut disapprovingly at the obscenities of Buttgereit’s film – indeed, it was seized and confiscated by Munich police, without hearing or trial, a mere 12 days after its release in 1991, and this de facto ban was not lifted until the film was officially recognised as ‘art’ in 1993. Yet as Nekromantik 2 follows Monika’s obsessive pursuit of her love for a corpse, it also catches us viewers out in our own perverse one-way relationship with cinema: a compulsive fetish for mummified movie remains.

Nekromantik 2 is released by Arrow on Dual-Format DVD/Blu-ray on 3 July, 2017.