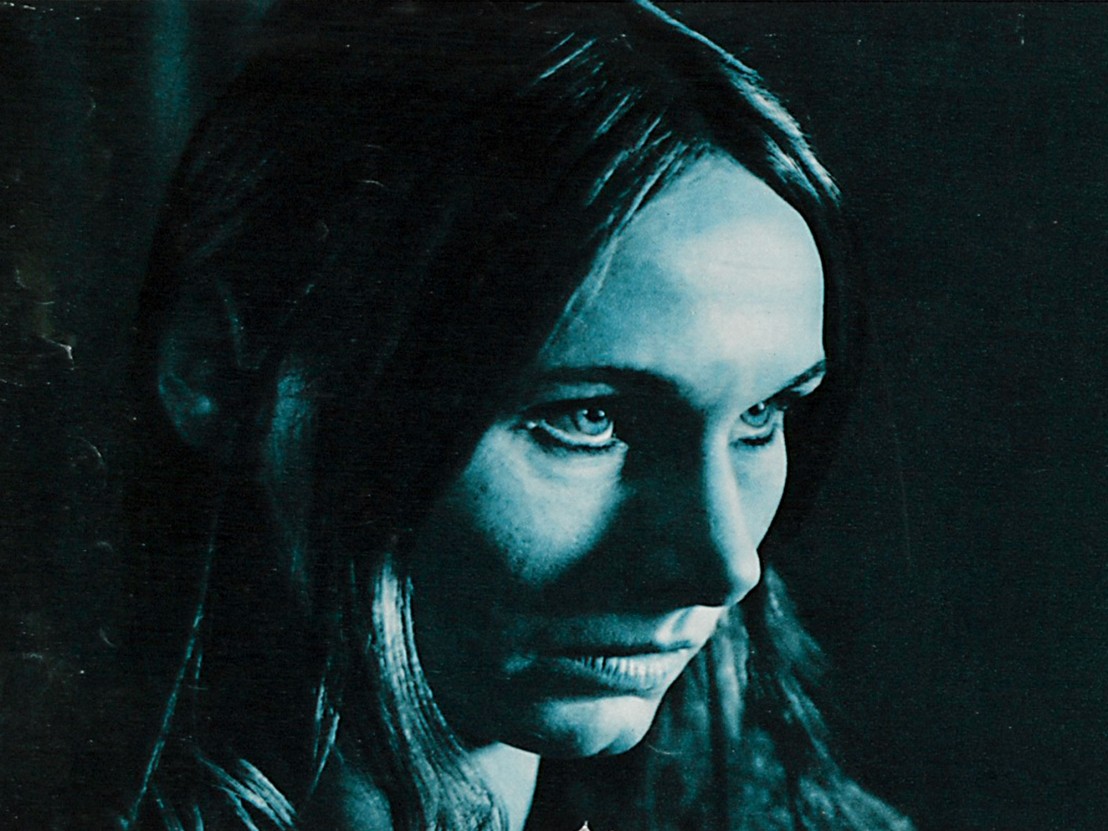 Though he made films under many names (JR Larrath, Joseph Larraz, Joseph L Bronstein, Joseph Braunstein) and worked in many genres (horror, thriller, sex comedy, action, drama), Barcelona-born José Ramón Larraz was consistently a purveyor of Eurosleaze. The presence of (one of) his name(s) on a film’s poster was practically a guarantee of nudity or sadism or both. In fact, most of the attributes that made moody lesbian undead flick Vampyres his most famous film – the Sapphic sex, the bloody violence, the big old gothic mansion in a rural interzone – could be found liberally spattered throughout his works.

These elements are certainly all present and correct in Symptoms (aka Blood Virgin), made the same year as Vampyres – and its obscurity has made it something of a holy grail for Larraz lovers. Back in 1974 the film was, believe it or not, Britain’s official Palme d’Or entry at the Cannes Film Festival, but after a very brief theatrical run and a few screenings on British television, it disappeared without trace. Indeed, it was included on the BFI’s ‘Most Wanted’ list until the original negative, long believed lost, was recently recovered, allowing the film to be newly restored and released in a Dual Format edition for BFI’s ‘Flipside’ series.

Symptoms is only superficially in a similar vein to Vampyres. There may still be two young women wisping their way through and around a country pad, but it is the ghosts of the past, rather than the bloodsucking undead, who haunt these halls. Our protagonist unravels as her guilt, loss and madness gradually rise to the surface, but any supernatural content here is entirely reducible to her highly subjectified point of view. For Symptoms is ultimately, as its title implies, a psychodramatic study of repressed sexuality and confounded identity.

After a brief, impressionistic prologue that first shows a woman (Marie-Paul Mailleux) enjoying a woodland embrace with an older man (Peter Vaughan), and then reveals a naked female corpse entangled in the bank of a lake, we see Helen Ramsay (Angela Pleasance) driving up to her mansion with her writer friend Anne Weston (Lorna Heilbron). While Anne is grounded and sophisticated, her short Mia Farrow bob indicative of her modernity, long-haired Helen cuts an ethereal figure in the rainy days and dark nights. Childlike, sensitive to “changes in the weather,” constantly hearing “things nobody else can,” and given, without any prompting, to ask questions like “What do you think happens after death?” Helen is not unlike the house that now contains her, with its clocks reset and keeping time once again even as the corridors re-echo their ticking emptily.

With Helen, the lights are on, but there may be nobody home – and when she refers to her past ‘convalescing’, or picks up prescription tablets from the village chemist (where the pharmacist knows her well) after an anxious, restless night of things going bump and voices from nowhere, questions are raised about her mental state past and present. That there are framed pictures all over the house of the woman from the prologue, Anne’s friend Cora Appleby, a once frequent houseguest who is now a mysterious absence, only adds to the impression that this old property harbours a terrible secret.

The man from the prologue turns out to be the odd-jobs man Brady, a gruff, lecherous and watchful fellow whom Helen finds repellent. Indeed, Helen seems to dislike and fear men in general (including Anne’s ex John, played by Roland O’Neil), although she is very possessive of the women who stay with her. In one sequence Anne finds Helen sitting distracted and upset on the staircase, with a teddybear in her arms like a little girl. Helen regards her guests too as living dolls, and although she is too infantilised to have a fully-formed sexual identity of her own, her masturbatory fantasies are decidedly oriented towards other women. Those fantasies will eventually be given deranged expression with a phallic knife, turning the mansion into a macabre doll’s house.

“Life again!” declares Helen near the beginning after she has wound the house’s old grandfather clock. The power that Helen has – in her mind, at least – to bring the dead back to life is both tragic, and something of a saving grace. Moody, melancholic, and filtered through with beautifully autumnal yellows and browns, Larrath’s film too is an object once thought forever lost but now vividly returned.

Symptoms is released in a Dual Format Edition (Blu-ray and DVD) on 25 April courtesy of the BFI.