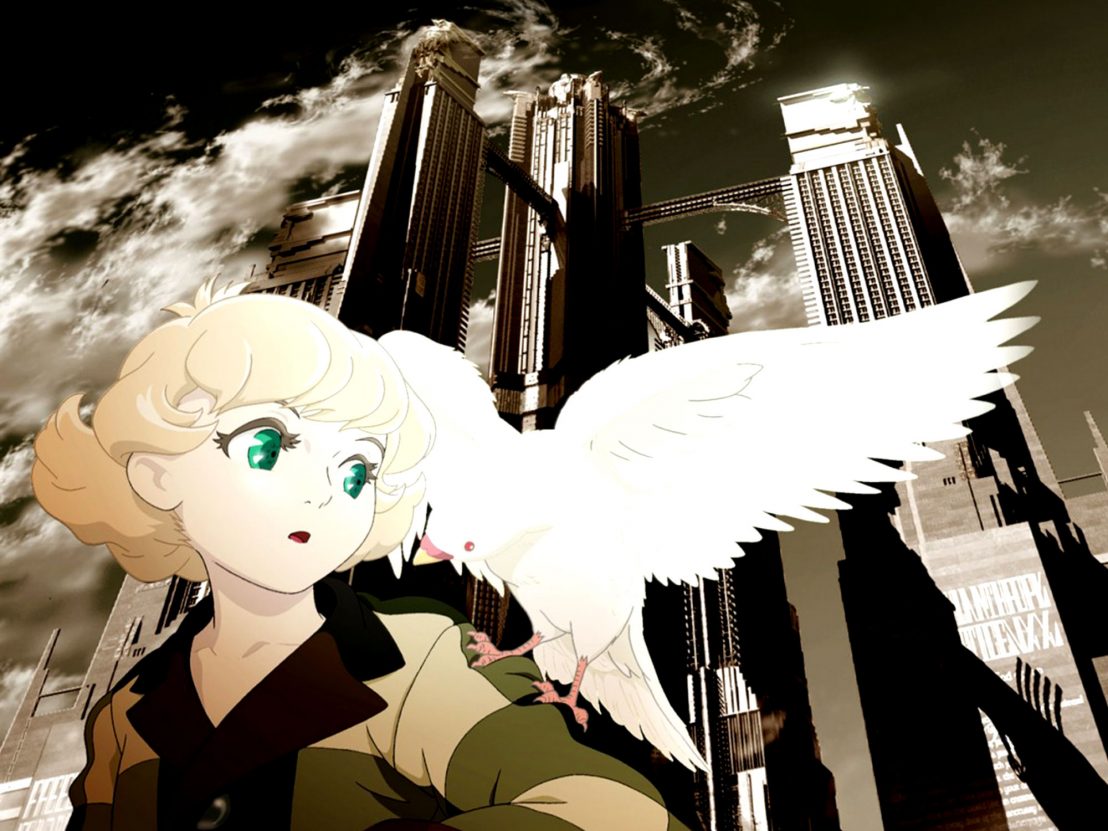 “Every epoch dreams its successor,” states text at the beginning of Rintaro’s feature-length anime Metropolis (Metoroporisu). This quotation from the 19th-century French historian Jules Michelet captures something of the film’s retrofuturist vibe, as we see the director’s towering world of tomorrow being erected on the foundations of yesterday’s cultural influence. The result is a dizzying postmodern edifice, more impressive for its shimmering Steampunk architecture than for the dramas accommodated within.

The two principal reference points here are Fritz Lang’s classic silent-era sci-fi Metropolis, from 1927, and Osamu Tezuka’s very different, if homonymous, manga from 1949, which screenwriter Katsuhiro Otomo has merged into one. Otomo has also woven in elements from Ridley Scott’s Blade Runner (the jazz score, film noir, the robot-hunting ‘Marduks’), from Hayao Miyazaki’s Laputa: Castle in the Sky (the gentle ‘Albert II’ robots and the climactic emphasis on collapsing verticals), from James Cameron’s The Terminator (androids with damaged, half-metal faces) and even from his own graphic novel/film Akira (especially in the final scenes of an individual’s destructive power).

All this overt recombining of previous dystopian texts brings confusions of its own. Part of the plotting concerns the Machiavellian manoeuvring between different politicians – most notably President Boone and grand architect Duke Red – for control of the city, if not of the world. Another part pits the lower classes (‘lower’ literally, in the sense that they live in underground ‘Zones’) against the surface-dwelling elites, although this is further complicated by a clash between the city’s human proletariat, and the robot workers who have taken their jobs.

In the tense atmosphere leading up to the grand opening of the Red Duke’s Babel-like ‘Ziggurat’, detective Shinsaku Ban arrives from Japan with his young nephew Kenichi in tow, on a mission to track down missing scientist (and organ trafficker) Dr Laughton – and their investigation will lead them to Tima, a super-fembot commissioned by the Red Duke both to replace his dead daughter, and to control the global weapon system concealed in his Ziggurat. Meanwhile, the Red Duke’s unloved foster child Rock, jealous of his father’s preferential affection for Tima and harbouring an irrational hatred of robots, will do anything to stop her ascent to the throne.

Which is to say that there is always a lot happening in Metropolis, although its cast of thinly drawn characters – who mouth endless exposition and seem as robotic as their metallic counterparts – hardly serves to engage the viewer’s interest or attention. Perhaps Kenichi’s youthful pluckiness is a throwback to the postwar optimism of Tezuka’s Astro Boy, or perhaps the stilted characterisation and sedately baroque action are intended to resurrect something of Lang’s expressionism. Certainly, the film is best admired for its quirky stylised anachronisms, be it the use of iris slows (like old Looney Tunes or Merrie Melodies cartoons), or the ever-present cogs and dirigibles, or the scene where Tima is shown hacking into the city’s “mainframe drive” via an old rotary ‘candlestick’ telephone.

The animation here boasts a variety of styles, and is at times breathtaking. And the apocalyptically explosive ending, all improbably choreographed to the nostalgic tones of Ray Charles’ ‘I Can’t Stop Loving You’, almost makes everything worthwhile. Still, the impression remains that for Eureka Entertainment, who have exhaustively released every version of Lang’s Metropolis available, this film represents the sort of completism that only true obsessives (of whom there are no doubt many) will appreciate.

Metropolis is released by Eureka Entertainment in a Limited Edition SteelBook DVD on 16 January. A Special Dual-Format edition will follow on 13 March.