In praise of Masked and Anonymous

Bob Dylan’s famously misshapen and maligned rock satire from 2002 is deserving of a re-evaluation. 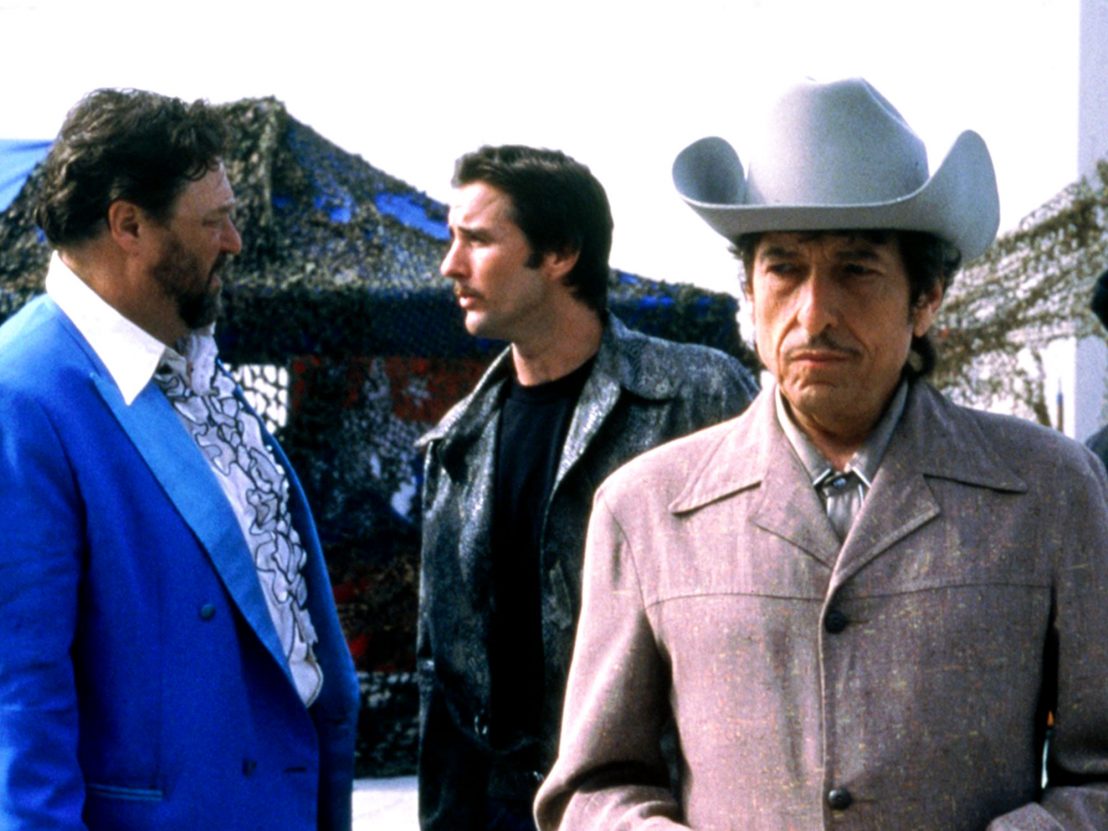 I had a friend at university who got me into Bob Dylan. We’ve probably all had a friend like this, who operated as a kind of unsolicited Bob Dylan PR manager, foisting themed MiniDisk compilations onto you, paraphrasing the various doorstop biographical tomes which attempt to dissect his lyrical intent, and quoting the many apocryphal tales from Dylan’s storied career.

We once took a trip to his family home (the friend’s, not Dylan’s) to see one of his most valued possessions in the flesh: the battered tape copy of Blonde on Blonde that was a fixture of his childhood car journeys, and which instilled within him a particularly virulent strain of Dylan fever. But his enthusiasm was endearing rather than cloying, and so I bought into Bob lock, stock and barrel.

It was actually nice to be able to cultivate a friendship around mutual appreciation of this folk-rock demigod. We didn’t spend so much time discussing the existing work, but rather mythologising and speculating about Dylan’s life and persona – what he was like in average domestic circumstances. I knew things had gotten serious because my taste was starting to transcend the canonical classics such as Blood on the Tracks, Bringing It All Back Home, Time Out of Mind and Desire, and onto some of his lesser-known and cooly received discs such as Self Portrait, Saved and the tragically maligned Under the Red Sky (it’s good!).

Larry Charles’ Masked and Anonymous, released in 2002, was an event movie for which we were both unspeakably excited, to the point that it was hard to believe that there was a film on its way which Dylan didn’t just co-write, but also starred in and also played a lightly-fictionalised version of his already lightly-fictionalised self. This was a triple lottery win, or at least it looked to be. Then came the wait. The long, arduous wait. We had to sustain ourselves on fragments of oblique gossip that would flow from the editorial pipeline, each one making the film sound ever more strange and intriguing. And then, finally, we had something concrete that was accessible to a slathering public: an Amazon pre-order link for the original CD soundtrack.

To add a little context, Masked and Anonymous was (if the rumours are to be believed) the cinematic product of Dylan writing down disjointed lines of dialogue while fulfilling his endless touring detail. Erstwhile Seinfeld writer Larry Charles, when meeting with Dylan, was presented with a casket of paper scraps which he was given the task of formulating into, per Dylan’s request, a “slapstick movie” (Bob was apparently a big fan of Jerry Lewis). As this creation process drew to a close, Dylan decided that he actually wanted to make a serious drama, and not a slapstick opus, and so all the material was retooled and transformed into the star-studded fantasia we see today.

And that film is a cacophonous, chaotic and alluring spectacle – a mannered, genre-rejecting spelunking mission into the mind of a creator who has always existed at a tantalising remove from the high kings and queens of the modern zeitgeist. Dylan stars as Jack Fate, a disgraced, monosyllabic folk rocker dressed head-to-toe in a beige Sta Pressed safari suit, who is sprung from prison to headline a televised TV benefit concert that is set to synchronise with the death of the tinpot dictator who lords over a US that has been transformed into a dystopian slumland.

Owning the soundtrack was a way to vicariously experience the prospective pleasures of the film, almost in the same way that an advance single offers a wee taster of the album to come. This wasn’t a compilation of new material, more a set of radical, latin-inflected remixes of top “best of” cuts, some by other bands and others by Dylan himself. I remember thinking to myself that none of it boded well for the final film, as this music sounded like an awkwardly diluted version of the pure Dylan experience, not one that had necessarily been designed to appeal to as broad an audience as possible, but also one that didn’t feel as if it sat very comfortably within his hallowed and highly distinctive domain. Almost like a try-hard mis-interpretation of Dylan lore.

The wait for the film ended up being agonising, mainly because it never actually received a cinema release in the UK. We ended up having to import a US Region 1 DVD to have the chance to lay our eyes on it. And this was after the full-scale critical mauling it received from the US arts press, so our enthusiasm was somewhat dimmed by this point. I remember first seeing it, and initially feeling a sense of awe at just being in the presence of a Bob Dylan who wasn’t performing a song. The very notion of him acting opposite this huge ensemble of Hollywood A-listers was daunting. When the reality finally hit, it would probably be a stretch to describe what he does on screen as “acting” in the traditional sense, but that’s not to say he doesn’t grab and hold the attention like a reedy-voiced old vice.

Revisiting the film now, it definitely would benefit from a bit of absolution. Looking back, it also comes across like a classic case of critics blithely accepting the easy targets they were handed as a way to construct their entertaining pans. The film’s so-called weaknesses are extremely front-and-centre, so you have to actively choose to work hard and suppress some of your conventional critical faculties to engage with the film on the level it demands. Which, admittedly, is not always an easy thing to do. It’s about trying to judge whether the film deserves it, and a good many people back then thought: clearly it doesn’t.

Among its “faults” are a garbled (avant garde?) plot, a surfeit of characters and the arduous task of deciphering its ultimate purpose. On my initial viewings, I chalked it up as a likeable “putting on a show” folly, worthwhile if only for Dylan’s wonkily enunciated line-readings (“You gotta be BORN on my side, Sweetheart.”) But actually, the film has aged remarkably well, as both a prophetic vision of moral and political decline in America, and as an antidote to the chronic phenomenon of the jukebox musical which has somehow achieved widespread dominance in the culture at large.

Interesting titbits include: the reunion of The Big Lebowski’s very own Jeff Bridges and John Goodman; a bizarre cameo by Val Kilmer, who presumably made it to the cast roster as a result of Dylan’s love of his film Tombstone; some electric musical performances of set-list mainstays such as ‘Cold Irons Bound’, as well as a version of ‘Dixie’ that is performed to a room of slack-jawed stage hands; and many references to the type of American cultural arcana that would later provide the meat for Dylan’s own extremely delightful ‘Theme Time Radio Hour’. Ed Harris suddenly turns up dressed as a minstrel in blackface – a shocking, discursive dream where Fate is confronted with the antiquated cultural predilections of his late father.

By the time of the film’s second half, a dramatic pattern emerges that you either need to fully embrace, or you just need to get out of the pool, get dried and go home. It goes a little like this: one of the main co-stars will go off on a lengthy, some might say over-written monologue while Jack Fate looks on with a blank expression on his face, like he’s waiting for a really shabby bus. After a while, there will be a pause for the reaction, and following a few awkward beats, Dylan will deliver a glib rejoinder, turn and walk away. Throughout, an audio-bed of Bob’s nasal breathing patterns is the only thing we can hear from his mic. It’s almost Hitchcockian in its simple dynamic, as if we’re waiting and waiting for a bomb to explode. When Dylan eventually does say something, it’s not like he’s acting or talking or pretending to be a character within a contrived dramatic situation – he intones these words in a rhythmic way, as if he’s singing them, because that’s all he knows.

Dylan’s small, imperfectly-formed career as a screen actor has comprised of arty be-ins (Renaldo and Clara), cameos in slightly trashy genre runarounds (Dennis Hopper’s Catchfire) and ’80s emo dirges (Hearts of Fire). The latter is probably closest in spirit to Masked and Anonymous, in that both paint Dylan as a dyed-in-the-wool rebel and truth-speaker even when his own brand of artisanal literary rock is decidedly out of favour. Yet his character Jack Fate perhaps carries the ethereal, outsider aura of David Bowie’s humanoid alien Thomas Jerome Newton in Nicolas Roeg’s The Man Who Fell To Earth – both men appearing to inhabit a private reality that is inaccessible to the other performers in the film.

I’m fairly sure my pal, who I haven’t spoken to in a good many years, still holds a torch for Masked and Anonymous, such is his abiding reverence for all things Dylan. Maybe he sees it as more than an ironic curio too. Whatever its intentions – and its questionable levels of success in articulating those intentions – it’s a fascinating film about fandom itself, as it showcases one of the most revered people on Planet Earth as he is surrounded by actors whose are both bemused and enthralled at the prospect of being in his mere presence. And the lengths that Bob Dylan fans will go to to defend their idol. 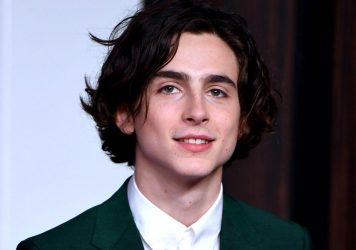