Loro is a fascinating, flawed look at an ageing demagogue

Paolo Sorrentino’s portrait of Silvio Berlusconi asks us to sympathise with the devil. 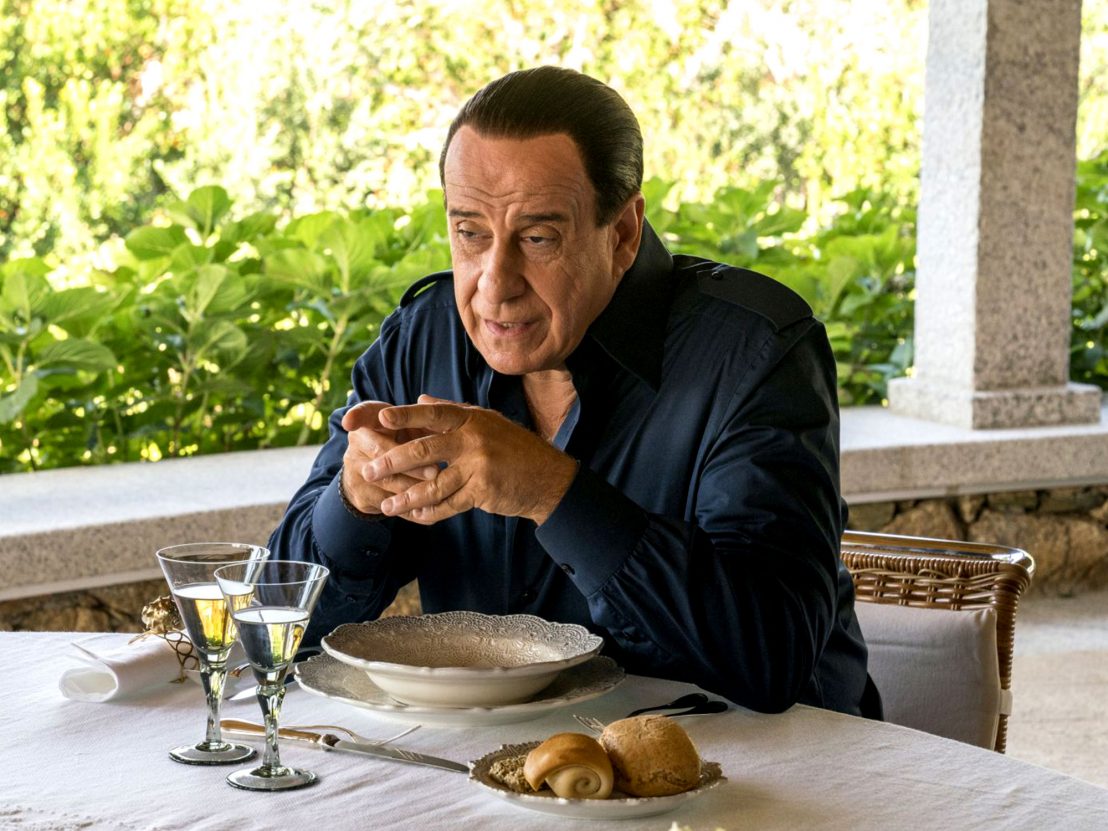 Hidden among the dunes of Sardinia’s Emerald Coast, just over the hill from a glistening pink sand beach, a well-coiffed man is trapped in an improbably tiny greenhouse, filled with butterflies and exotic plants. It’s the morning after an extravagant party and the dewy grass is covered with champagne corks, confetti and frilly lingerie. On a trampoline in the middle of the otherwise impeccable lawn, a scantily clad woman, adorned with a butterfly necklace, lays spread out, asleep. Her body is just one among dozens of others in the garden, each of which is branded by the same entomological jewellery. Back in the glass box the man laughs as he surveys his kingdom of insect women, his botoxed face stretched into a dead post-coital grin.

The imagery might be stark, but those looking for a Silvio Berlusconi hatchet job will find little catharsis in Paolo Sorrentino’s latest offering, Loro. The film, which was released in Italy in two parts earlier this month, is less concerned with dishing out social justice than fulfilling its own creative challenge of humanising a whole range of grotesque characters and desires a new meaning beyond their usual stale media stereotypes. Italy’s ex-Prime Minister was predictably quick to vocalise his objections, calling the film a “violent provocation”, but liberal critics too have been on the attack, arguing that Sorrentino has, on the contrary, been overly-generous in facing up to the legacy of the nation’s ultimate anti-hero. Politics aside, as a portrait of contemporary baroque and the decadence and greed that characterises Trumpian elites around the world, the film feels like a timely intervention.

The film’s technical and visual strength owes a lot to Luca Bigazzi, the cinematographer who helped develop the characteristic postmodern aesthetics of Sorrentino’s The Young Pope, Youth and The Great Beauty. The mandatory swimming pool shots and Pasolini-inspired close-ups are all back, accompanied this time, as is only fitting for a biopic of a property mogul, with a quasi-erotic celebration of sofas, coffee tables and plasma screens. In a particularly fun anthropomorphic game, an air conditioning unit is transformed into a silent assassin and emerges as one of the most unlikely and memorable characters.

As with previous works, the semiotic collision between the sacred and profane provides an artistic framework. One memorable example is a dinner scene with Berlusconi and his myrmidons, which is filmed like the Last Supper but set to house beat. The end result resembles a kitch aperitivo buffet during Milan fashion week. This is well-trodden territory, but pulled off with real panache.

Sorrentino is often accused of being superficial, but there is a more precise vision powering Loro. The film is a meditation on reality and illusion, and the way money so often blurs the two as a kind of nihilistic force, hollowing out the nature of meaning itself. In part one, Berlusconi is almost entirely absent; instead we dwell among the pimps, showgirls and dodgy businessmen who want to get their own piece of the pie, projecting a godlike status onto their leader in the process. When we finally do see him, it is almost underwhelming.

This isn’t the fault of Toni Servillo, who plays the role with great skill, but a clear directorial decision. ‘Il Cavaliere’ just doesn’t quite live up to the hype. This point is reinforced in part two, which by contrast tells the story of an ageing demagogue, reflecting on precisely this truth: on his life choices, his vanity, his collapsing marriage and shitty friends. Sorrentino’s Berlusconi is a man who claims to love his country but knows he has failed it, who constantly repeats the mantra “I am never offended” to the point it is clear he is. When a teenage girl turns down his advances because his deodorant “smells like granddad” there is pain in the old man’s eyes.

Sorrentino’s speculative fascination with Berlusconi’s personal life does raise some problems. Power relations are explored, certainly, and Elena Sofia Ricci’s performance as the actress and Berlusconi’s ex-wife Veronica Lario is one of the strongest of the film, but how, he seems to pause, can anyone deny the pleasure of exposed buttocks? Alas the critique seems to stop here. In another scene, when an earnest brown-suited left-wing politician accepts an invitation to come to the island, he is made to conform to all the Berlusconian stereotypes of ‘boring’ democrats, a stuffy anachronism in a dazzling fantasy world.

Even when Sorrentino does turn his attention to the national apocalypse that’s unfolding, he does so in a cheap, melodramatic way. In one scene a bus veers off the road in central Rome and bursts into flame while a crowd of showgirls look on, blankly. The Italian people are portrayed as confused sheep, wilfully being led to the slaughter. Given the patience with which Sorrentino deconstructs Berlusconi’s neuroses, it is curious that no such subtlety afforded to the mogul’s critics.

At its core, Loro is the story of a man who can only exist as a performance, a man who in many respects is like an actor, an artist, a director of sorts himself. In Sorrentino’s hands Berlusconi is not just a figure who vindicates a nation of secret perverts, he is a magician who makes a whole new world seem possible precisely when it is not. He is a narcissist who believes is his own nonsense most but not all of the time, a human in the jaws of death, like the rest of us. Loro is far from Sorrentino’s best work, but watching the director grapple with his own his masochistic desire to sympathise with the devil is fascinating stuff, if a tad self-indulgent. 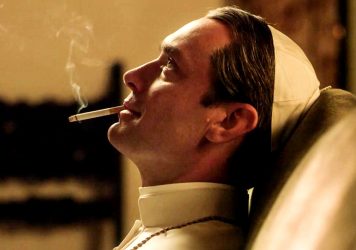