The symbolic power of Mathilda’s choker in Léon 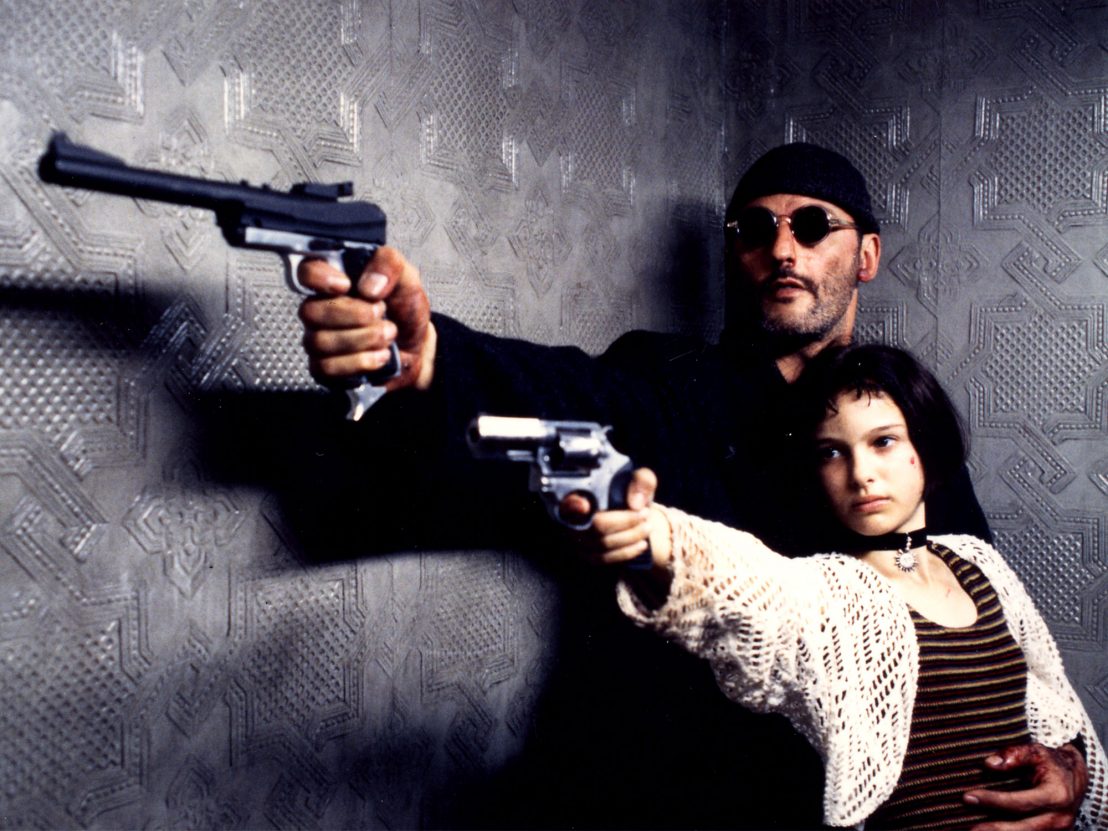 We first meet the young protagonist of Luc Besson’s 1994 film Léon: The Professional via a gliding shot that takes in her tiny form. As the camera travels from her combat boots to her cartoon leggings dangling over the apartment stairwell, up to her hand draping a cigarette with too much familiarity, along to her dishevelled cardigan and then to her iconic choker and bob framing those sad, wary eyes, we see her for what she is: a conundrum. As a kindly neighbourhood hitman (not that she knows this yet) nears her she ditches the cigarette and, leaning back – head tilted, eyes flitting – she looks every bit the petite coquette.

Mathilda (Natalie Portman in her first screen role) is only 12, but those kind of moves look like flirting on anyone, irrespective of their age. This uncomfortable sexuality next to the damage – there’s a poorly hidden bruise around her eye she claims is from “falling off her bike” – looks like a kind of last-ditch defence mechanism. She can see that moving her shoulders and looking at Léon (Jean Reno) in a certain way disarms him, perhaps makes him feel ashamed. She’s already learned that there is great power in femininity. Maybe that’s why when she asks Léon not to tell her father that she was smoking, he doesn’t.

In this moment, we see so much of who Mathilda is: the standoffishness, temerity and, most crucially, the fragility. At times, it seems like her thin veneer of control is held together by that tiny choker alone. It’s like a talisman for her, a symbol of what she can be. Originally a symbol of prostitution and even secret lesbianism, the choker has always been a symbol of subversion, of the alternative potential of the body. Sure, some might choose to use leads on their chokers, others see them as symbolising a lack of autonomy but really, even now, chokers evoke rebellion. Stick a choker above a bland outfit, and suddenly it’s a statement. On Mathilda, it’s a subversion of what we, Léon and even her own family expect of her. She may be in cartoon leggings but with that choker on, she looks like danger – even before mastery of a firearm.

When Matilda ditches the choker later on, she immediately seems more vulnerable, naked even. Consider the brilliant scene where, in a misguided attempt at cheering up Léon while distracting herself from the monotony of assassin training, she prances around dressed as Madonna, Marilyn Monroe and Charlie Chaplin.

Initially it’s slightly uncomfortable to watch, with Mathilda seductively singing ‘Happy Birthday Mr President’ to Léon, who has no idea where to look. She’s not trying to seduce though, she’s playing (anecdotally, it was the only impression Portman knew how to do). In this moment it’s clear that she is just a child – she’s innocent, naive, able to be tickled into a fit of giggles. For perhaps the first time in the film, she seems comfortable.

Without her choker, Mathilda looks and acts like a child. She behaves immaturely; she’s cranky and needy. But when she’s sniping from a rooftop, meeting with a mob boss, or attempting to smite Gary Oldman in all his terrifying glory, her talisman is always present. Late on, we see her cuddling the toy which she rescued from the scene of her family’s murder. The white of the toy sits against the white of her cardigan, stark against the black of her hair and choker. In this moment, her internal conflict is starkly manifested.

Though Mathilda is forced to be old before her time, she remains sexuality inactive. She understands the currency of her femininity, but spends it in a totally different way to her step-mother. With that choker, she draws attention while keeping us at a distance. She’s nymph-like and frail, yet tough and untouchable. There’s a line in the Alt-J song ‘Mathilda’ that says: “My defeat sleeps top to toe with her success”. Mathilda plays the game differently and, through her resilience and the affection she commands, wins it all. 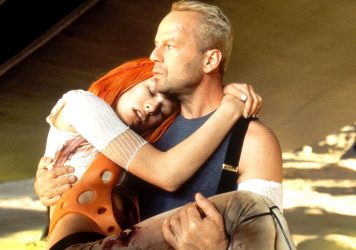