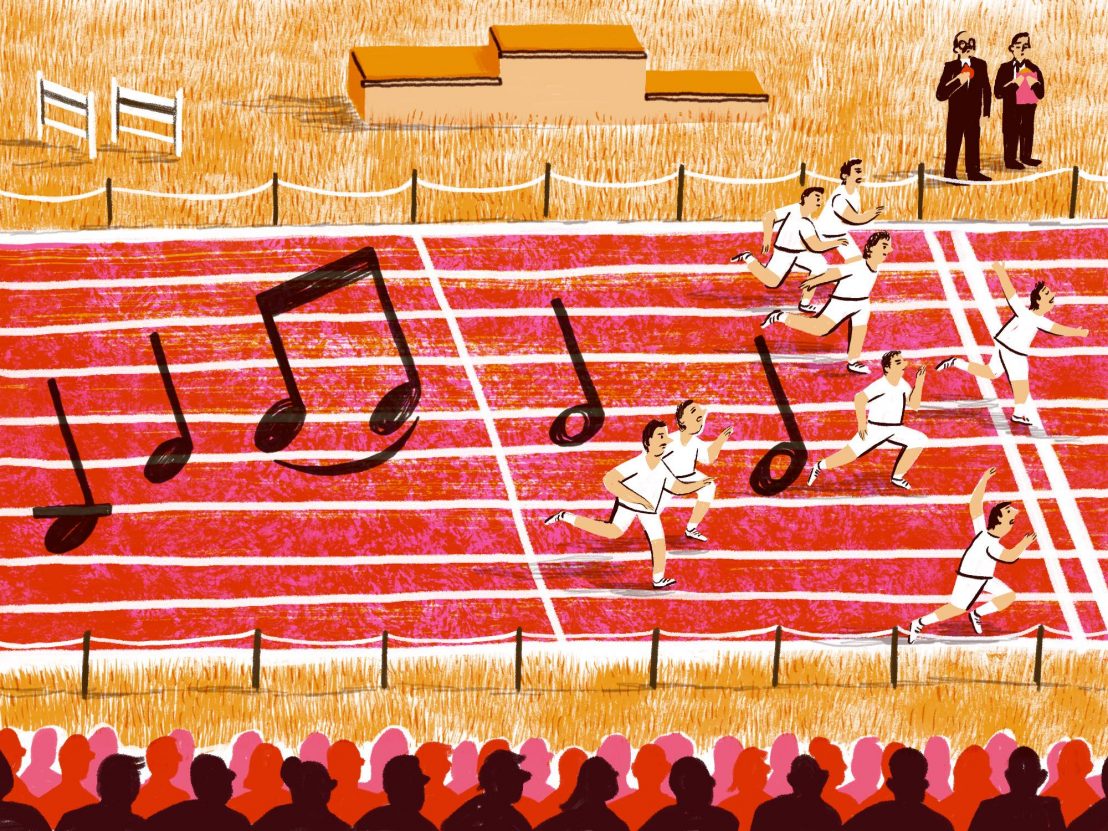 Know The Score: Nicholas Britell on Chariots of Fire

The Moonlight and Succession composer reveals how Vangelis’ score made him want to become a musician.

Chariots of Fire is about what must be sacrificed in order to achieve immortality. But the 1981 film – based on the true story of British runners Eric Liddle and Harold Abrahams, who overcame obstacles and each another en route to competing at the 1924 Olympics – achieved immortality primarily because of its iconic score.

A rousing combination of acoustic and electronic instrumentation, the score’s central motif comprises synths which bloom in and out of life, while swirling arpeggios from a piano convey a sense of euphoria. The main theme has become a staple of British popular culture, appearing on so many sporting highlight reels that most people can probably hum it without knowing what it originally came from.

Yet the theme’s transcendent power doesn’t arise simply from tapping into a universal feeling of triumph, but from somewhere much more personal and introspective. Composer Vangelis’ father was a runner, and the famed electronic musician wanted to create an anthem that tapped into the emotions his dad would likely have felt when competing. This, you sense, is the reason the theme has so much heart. “There’s that personal reverberation running through it,” Vangelis once said. “It’s an anthem for my father.”

For Nicholas Britell, who in recent years has established himself as one of Hollywood’s most dynamic and sought after composers, the Chariots of Fire theme is the reason he wanted to become a musician. “It was very special and formative for me,” he tells LWLies. “I saw the film when I was five and just became obsessed with the theme.

“We had this old upright piano in our apartment in New York and I sat there for weeks working out how to play Chariots of Fire on it. It’s because of the film that I asked my mum for piano lessons. There was just such a mysticism to the music, the synths on all the songs somehow manage to be so human and you can really feel the movement of the runners. It really took me inside the characters’ heads in a way other scores didn’t.”

Although his work doesn’t have much in common with Vangelis’ score sonically, Britell says it’s something he often tries to mirror thematically. “Great film music should have poignancy and a feeling of contemplation. Even though Vangelis is using electronic techniques, there’s something distinctly human about his melodies.”

Whether it’s the Shakespearean spark of his Succession score, or the way the strings in Barry Jenkins’ If Beale Street Could Talk transition from a place of delicate infatuation to brutal paranoia and fear, Britell understands how to tap into a character’s inner psyche.

He primarily focuses on non-diegetic sounds and music that symbolises what’s going on inside a character’s head as opposed to what’s happening in the world they inhabit. Britell’s music provides a window to the soul, and he insists this mentality is just an extension of what he learned as a toddler watching and intently listening to Chariots of Fire.

“On paper we are talking about a story of some British runners in the 1920s, so it was a really risky decision to get this electronic producer in,” he explains. “I imagine the producers would have initially considered implementing late 19th century music or that early jazz sound so it was more of an accurate portrayal of that era, but it was ballsy using music that wasn’t from that era. Instead, the soundtrack creates its own world, and that’s what all great scores do.”

Producing a timeless composition was something Britell set out to achieve with his score for Jenkins’ Moonlight. “People tell me the music during the swimming sequence changed their lives and allowed them to heal, and it really moves me to think it could do that. I guess you could trace that back to the impact Chariots of Fire had on me. It’s a score that transcends the film itself and taps into this idea that music can be therapeutic and otherworldly. On some level, that’s what I’m always trying to achieve with my own work.”