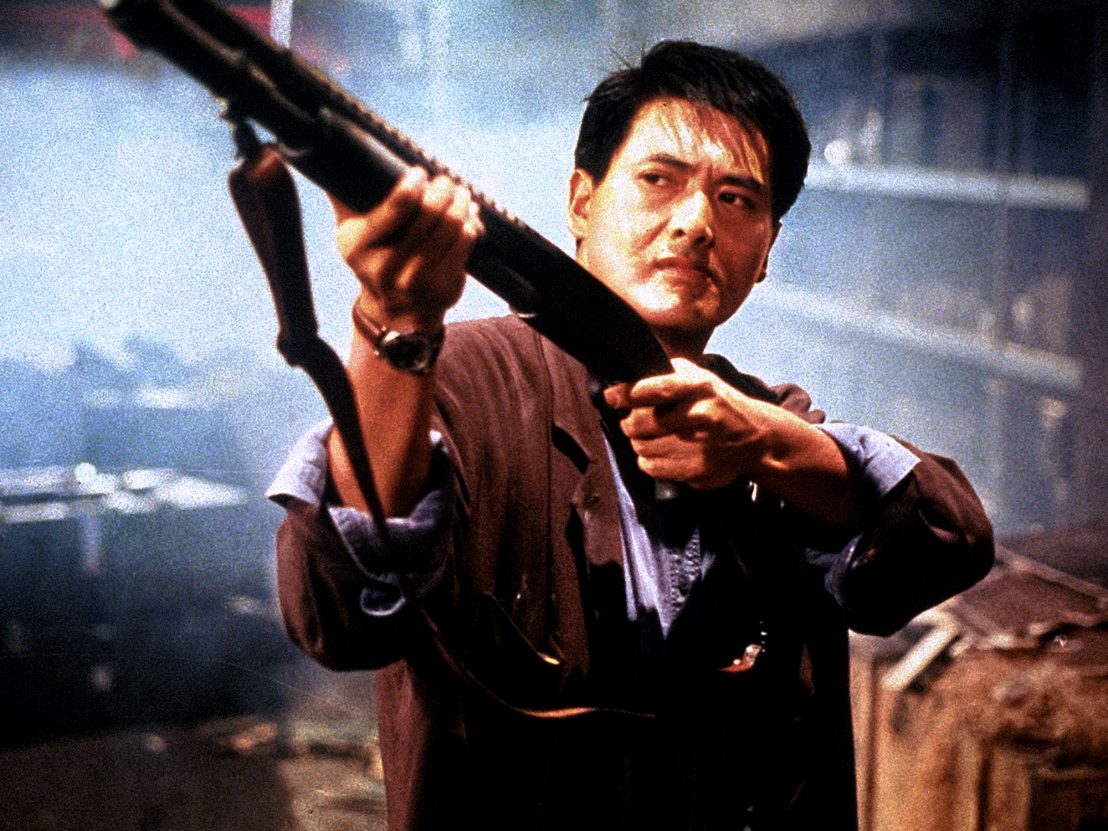 “Are you somewhere feeling lonely or Someone loving you!” Clean up the erroneous punctuation and grammar in this handwritten love note and you’ve got a line from Lionel Richie’s ‘Hello’, one of the slushiest pop ballads to top the charts in the 1980s. So how is it possible that we’re reading these lovey-dovey lyrics in an action film as tough and testosterone-infused as John Woo’s Hard Boiled? Well, to give a little context, this quote is simply a coded message sent by undercover cop Alan (Tony Leung) to inform the chief on his progress in bringing down some Hong Kong arms dealers.

The deceptive application of this one line could be regarded as a microcosm of the film itself, which regularly validates emotional vulnerability through insistently macho framing. By surrounding its central ‘bromance’ between Alan and officer Tequila with firearms and fatalities, Hard Boiled is its own form of coded message that provides a safe space for emotionally inhibited action fans to explore their most guarded feelings of affection and sexual frustration without fear of embarrassment.

That Lionel Richie reference certainly isn’t the only example of a ‘sensitive’, ‘poetic’ or ‘effeminate’ surface masking manly intent. Alan also communicates his covert messages via flower deliveries, with white roses being a particular favourite of his. The origami cranes that Alan routinely fashions may have been inspired by the handicraft of Woo’s own daughter but, within the context of the film, they symbolise every man that he has killed.

Meanwhile, a book labelled ‘The Complete Works of Shakespeare’, an assortment of birdcages (those classic symbols of repression) and, again, a box of flowers all prove to be deceptive packages concealing the guns of killers and gangsters.

Yet, for the audience, the concealment goes even further, in that any amateur psychologist could identify the gun as a universal penis substitute, much like the shiny red sports car that Alan drives. While square-jawed men involved in covert operations are forced to assume personas and transfer ‘masculine’ ideas and objects under ‘feminine’ guises, the film itself embodies a converse analogy for the coded, indirect ways in which men socially interact and express themselves under a layer of masculinity. 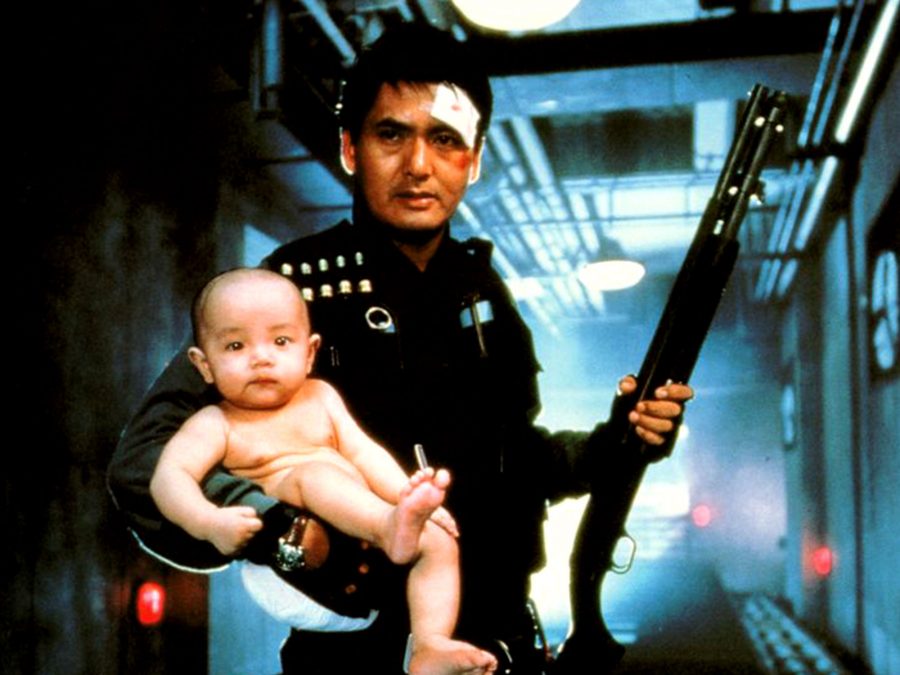 This is an action film for anyone who’s watched the musclebound bluster of your average Sylvester Stallone or Steven Seagal flick and derisively exclaimed, “Well somebody’s compensating for something.” Whether it’s through conscious or unconscious intent, Woo finds profundity in this ‘compensation’, portraying the physical violence inflicted upon and received by its characters as a paradoxical means of both expression and suppression of mixed emotions. These men cannot openly love each other, and so they shoot each other.

Still, violence and love are never too far separated. When betrayed gangster ‘Uncle’ Hoy realises that his time is up, it is out of fondness and respect that he insists that Alan is the one who shoots him. Later, Alan beats up fellow informant Foxy (Wei Tung) in order to save his life – while putting on this display of brutality for the benefit of Triad witnesses, Alan slips a cigarette lighter into Foxy’s chest pocket in order to deflect a bullet shot at his heart.

But the scenes that come closest to letting Hard Boiled’s concealed homoeroticism bubble to the surface are those featuring power-hungry arms dealer Johnny Wong, a sadistic, metaphorical dick-waver who mocks the cops for their meagre .38 pistols and possessively aspires to bring Alan under his wing (when Alan comments that Wong has ‘the Midas touch’ in his business, Wong bluntly responds, “Will I have you as well?”). The climactic standoff between Tequila and Wong, with Alan as a hostage, is an unnerving depiction of sexually charged domination in which Wong exploits Tequila’s affection towards Alan, forcing Tequila to slap himself in the face while stating, “I am impotent.” and even ordering him to take off his trousers.

While some of the film’s biggest devotees would no doubt recoil at the notion that their favourite cinematic adrenaline fix carries these psychosexual undertones, the subversive hidden layers of Hard Boiled don’t mock or undermine the film’s glorious spectacles of male one-upmanship so much as they enrich and perhaps even justify them. To understand the underlying sensitivity of this film is to understand the buried desires and emotional dynamics that support many an entertaining shoot ’em up and buddy movie.

When the action film is so often dismissed as the most minor and insubstantial of major genres, it’s encouraging to think that your average consumer of stylised gunplay may be getting more sustenance from these flicks than even they realise.

Read more about the films of John Woo in LWLies 69: The Free Fire issue.