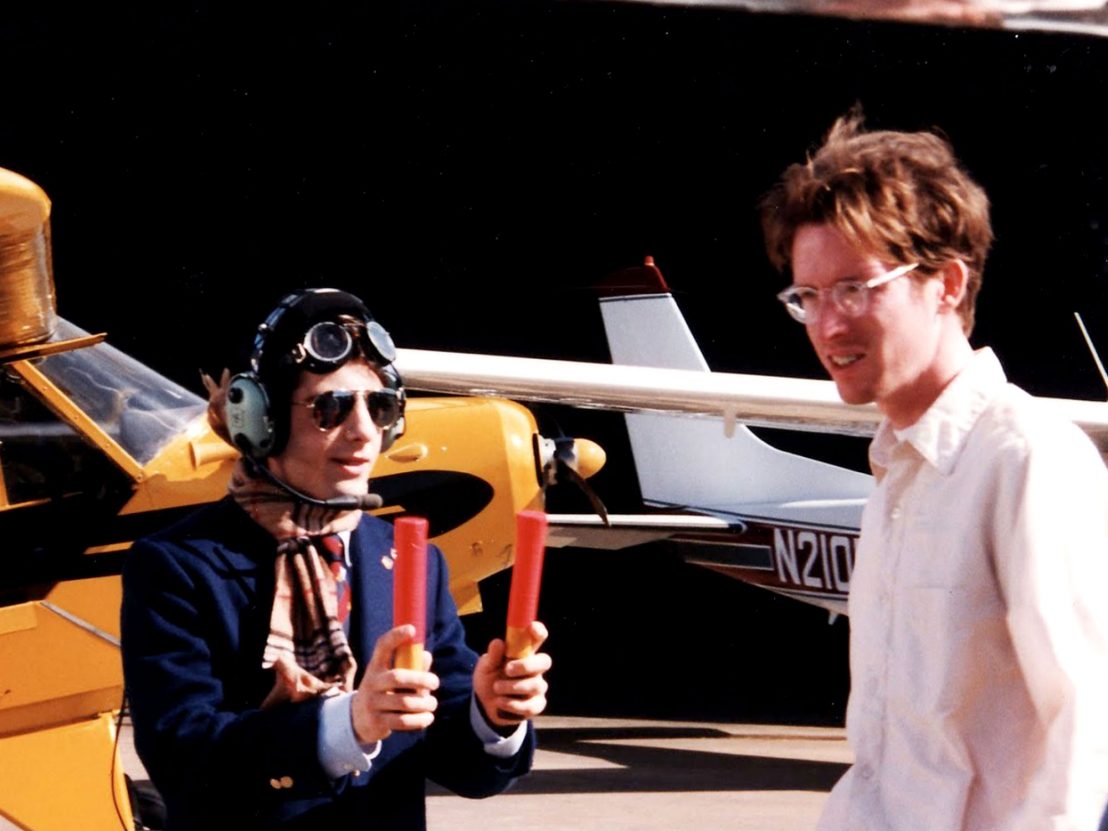 “It’s pretty wild that so much time has gone by,” admits Jason Schwartzman, clearly a little taken aback by the realisation that 20 years have passed since he made his screen debut in Wes Anderson’s Rushmore. Then again, it was a pivotal point in his life. While most of us spend our late teens trying our best to survive high-school, a 17-year-old Schwartzman was poised to catch his big break. Not only that but this key year would also see him forge one of his closest and longest friendships. Suddenly, 1998 feels like it was only yesterday.

Wes Anderson’s semi-autobiographical second feature is a coming-of-age tale with a highschool twist. It follows Max Fisher (Schwartzman), an enthusiastic but failing student whose life is derailed when he falls for elementary school teacher Rosemary Cross (Olivia Williams) and enters into a bitter feud with wealthy but miserable industrialist Herman Bloom (Bill Murray). The film became Anderson’s calling card, introducing mainstream audiences to his trademark whimsical flair while kick-starting a fruitful creative partnership that has since gone from strength to strength.

But the whole thing very nearly didn’t happen at all. Back in ’97, a keen-eyed casting agent spotted Schwartzman at a party in Los Angeles, ironically dressed to the nines in a tuxedo and tails. A meeting with Anderson was quickly scheduled and the rest, as they say, is history. Has Schwartzman given any thought to how things might have played out had he decided to stay home that night? “Yes, all the time,” he admits. “The party, auditioning, the very fact that they called me back – it was so remarkable and strange. When I read it my first thought was ‘Whoever gets to do this is going to have so much fun’. I just remember thinking, ‘This is everything that I think is funny, in one movie’.”

He continues: “I could relate to many aspects of the character. When I was 15 I had written and directed a play. I also wasn’t great at school but I was enthusiastic for it and falling for someone much older than me. I felt like I was somehow in a love triangle – I don’t know if the other two people even realised they were a part of it – but I related to the character on those levels.” Yet despite impressing the film’s casting director, the role wasn’t Schwartzman’s quite yet.

In order to bag it, he had to pull out the big guns. Like making his own audition costume, complete with a makeshift Rushmore Academy patch. “I thought, ‘I’m not going to get this part but at least I’ll be remembered’,” he smiles, “but it’s funny, when I went in, there were other kids who had done the same thing which was disheartening – but the one thing I had that the others didn’t was the patch.

“I’d never auditioned for anything before in my life and I was quite nervous,” remembers Schwartzman, reliving the day he first met Anderson. “I was sitting in this room with all these other actors who were going in one by one, almost like how paratroopers line-up in an airplane and jump out. I didn’t know what to expect. I didn’t know how old he would be or what he would look like and all these other people were so professional. I just thought, ‘Well, let’s go in, show him the patch and get outta there’. I cared so much that my defence mechanism was to try to be really fast.”

As soon as he entered the audition room, however, things quickly changed. “When I went in, I remember Wes had on Converse One Star sandals, which I’ve never seen since, on Wes or anybody. We started talking about our shoes, then about ‘Pinkerton’, the Weezer album. I think we must have talked for about 20 minutes or something and I totally forgot about the audition,” laughs Schwartzman. “It was like sitting with a new friend, or somebody who I wished could be my friend. Talking with him relaxed me as a person. He put me at ease. I really feel like if it was somebody else who had read with me, who knows what would have happened.” 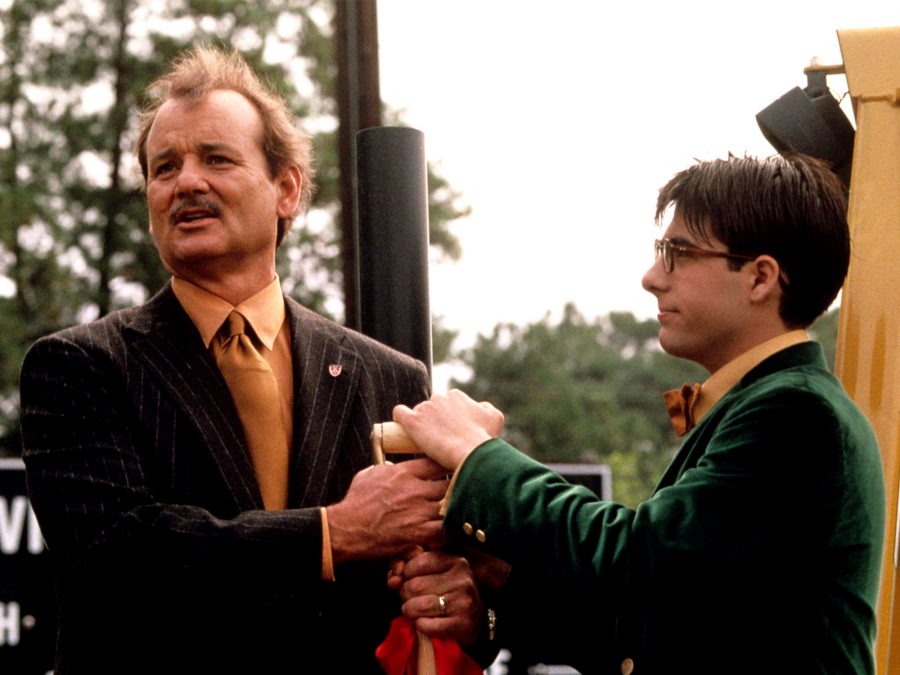 Having secured the role and made a new friend in the process, Schwartzman’s next task was to meet the co-star of his debut movie, Bill Murray. No biggie. “Well, that was scary,” Schwartzman reflects. “I’d gotten so comfortable around Wes and then Bill arrived, and Bill’s an icon. He’s someone who I grew up watching. His movies meant so much to me and now all of a sudden I’m working alongside him. We have the same job now. When Bill got there I remember being very blown away. I think I was starstruck – and I still am. I’ve known him as long as Wes and I still can’t believe he recognises me. I remember being very nervous in the beginning.”

Luckily, these beginner’s jitters quickly subsided, and as the shoot developed, so did Anderson’s unconventional filmmaking style, as Schwartzman recalls. “We would shoot scenes fast: ‘Alright we did that one in 56 seconds, can we do it in 53?’ Bill was really helpful with that. I also remember just how much love Wes was putting into everything. He was just so excited about the work. There was a day before we were done shooting where we had Go Karts on set. He took them and said ‘Let’s go, get in!’ so I jumped into a go-kart and we rode off and drove all around the back streets of Houston.” Schwartzman continues, “Wes wants to experience these things and for it to be friends and family and he’s excited about everything that goes along with his movies, which I think is why he wants to make them. That look on his face when he said ‘Let’s go!’, I still see that person when we’re working. He loves it so much.”

Twenty years on, it’s clear that Schwartzman still holds a special place in his heart for Rushmore. “The movie is everything to me,” he says. “It was the beginning of a whole new life. I got these wonderful friends and experiences from it. It’s more than a movie for me. To think 20 years have gone by, really what I think about is just that I’m still friends with Wes and working with him and so many of the people that worked on that film. To be friends with anybody for 20 years is an amazing accomplishment. Wes really came into my life at that time and showed me movies and told me about different actors and I guess that was the first time that an adult really did that for me and was genuinely interested in what I had to say.

“When a 17 year old comes up to me today and says they’ve seen the movie and it means a lot to them, it really resonates because I was exactly that age and the person wasn’t even alive when we were making it. That’s kind of a big deal for me. I remember being a teenager and not knowing what the movie would look like but just thinking ‘Wow… We’re making something here. We’re creating something. It was probably the best time of my life.”