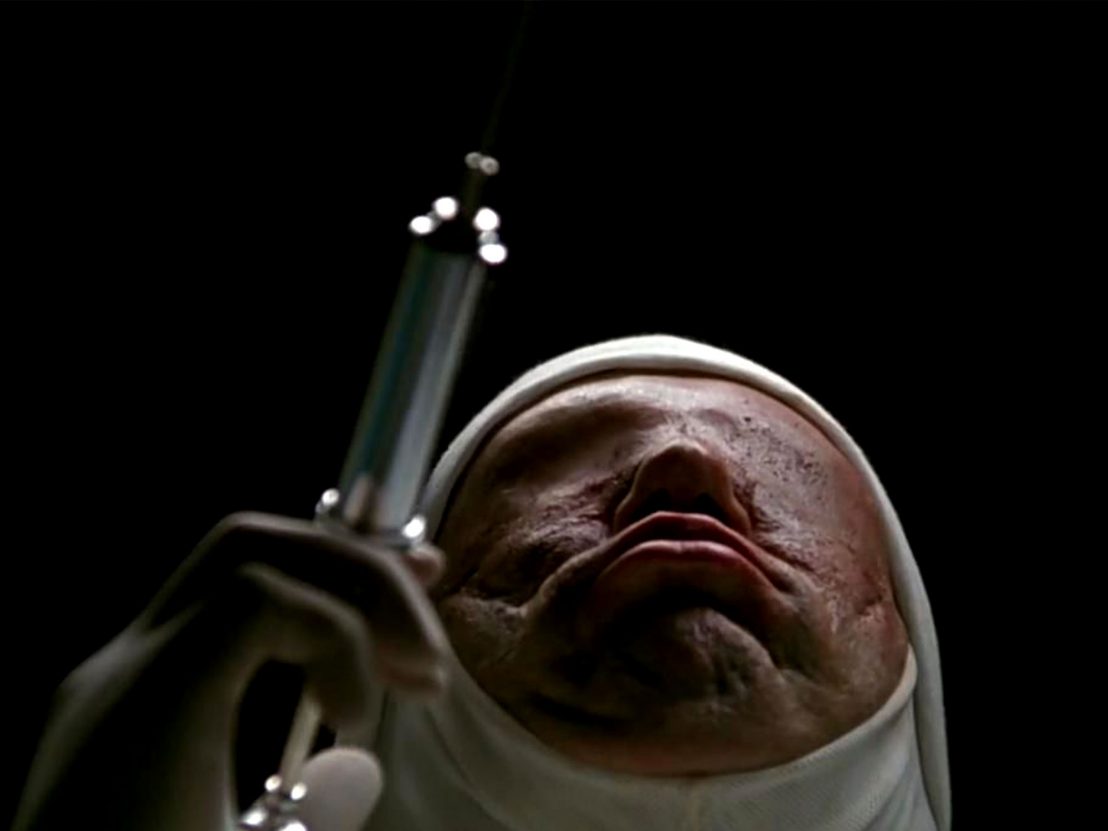 Released in 1990, Jacob’s Ladder was neither failure nor success, being one of those films which merely recouped its budget. Written by Bruce Joel Rubin and directed by Adrian Lyne, the film was produced by independent studio Carolco Pictures, best known for Terminator 2: Judgment Day, Total Recall and Basic Instinct. It also marked a change of pace for actor Tim Robbins, who up to this point was primarily a supporting actor in comedy roles. Jacob’s Ladder exists in a genre all of its own: a metaphysical arthouse horror film about a traumatised Vietnam War veteran who experiences a series of nightmarish visions.

The film’s legacy has long since outgrown its modest box office impact. Without Jacob’s Ladder, there would be no The Sixth Sense. Darren Aronofsky’s Black Swan explores similar areas of corporeal transformation. The makers of the Silent Hill video game series have cited Lyne’s film as a major influence. Writer Massy Tadjedin was clearly in awe of Jacob’s Ladder; watching Adrian Brody thriller The Jacket, it feels as if she just shuffled the pages of Rubin’s script, and changed the names and locations.

Yet it is a film that continues to fly under the radar (an unnecessary remake is due next year). So what stopped it from finding a wider audience? For starters, there’s Lyne – a commercially successful filmmaker who took this gig off the back of earning an Oscar nomination for 1987’s Fatal Attraction. Suffice to say it was a strange career swerve, and people were simply not expecting something so visceral and disturbing from a mainstream Hollywood director.

As for Rubin, he certainly isn’t your average scriptwriter. After experiencing a bad acid trip in the ’60s, he embarked on a spiritual quest spending several years meditating in Turkey, Iran, and Pakistan. He has described Jacob’s Ladder as a dramatic response to ‘The Tibetan Book of Living and Dying’. Interviewed at the time of release, he remarked: “If you watch this film with your mind, trying to understand what’s going on, you’re going to be torn into a million pieces […] this movie is about the dissolution of a man who is dying.”

Jacob’s Ladder is structured like a fever dream, with the narrative zigzagging between Vietnam and New York; we see Jacob in combat, married with children, and co-habiting with co-worker Jessie (Elizabeth Peña). Strange creatures start to follow him – are they hallucinations or something more? The special effects are the film’s USP. Lyne filmed several scenes at a low frame rate, resulting in a sort of blurry malevolence (he cites Francis Bacon as a key influence on the film’s aesthetic).

In a horrific party scene, Jacob watches helplessly as a demon has violent sex with Jessie. There are hooves and the edge of a satanic wing. A raven flies overhead. A second demon stares from the opposite side of the room. Robbins had a camera strapped to his chest, which moved with him, adding to the nightmarish chaos. The scene ends with a horn breaking out of Jessie’s mouth, and Jacob on the floor, screaming.

What make this all so persuasive are the performances of Robbins and Peña. Robbins plays Jacob with a boyish innocence: this is a man who lives in the light, which makes his dark descent all the more tragic. Peña, who sadly passed away in 2014 at the age of 55, should have been a bigger star than she was. She appeared in popular popcorn fodder like La Bamba and Rush Hour, but mostly Hollywood didn’t know what to do with her. She brings a soulful sensuality to Jessie, who can be kind and nurturing but also cold and controlling. There’s a suggestion the character is a projection, a composite of all the women Jacob has ever loved.

As chiropractor Louis, Danny Aiello gets the best line in the film: “If you’re frightened of dying and you’re holding on, you’ll see devils tearing your life away. But if you’ve made your peace, then the devils are really angels freeing you from the earth.’ The fear of letting go is crystallised in a low-key scene, where Jacob is visited in hospital by wife Sarah (Patricia Kalember). “I still love you,” she tells him, “whatever it’s worth”.

An off-camera voices hisses “Dream on!” It’s an uncomfortable reminder of the task we all eventually face: surrendering love, memory and identity before ascending to whatever realm awaits us beyond this one. In its handling of these difficult themes, Jacob’s Ladder remains a profoundly spiritual statement. Pretty impressive for a metaphysical arthouse horror film. 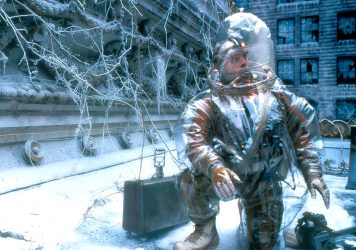