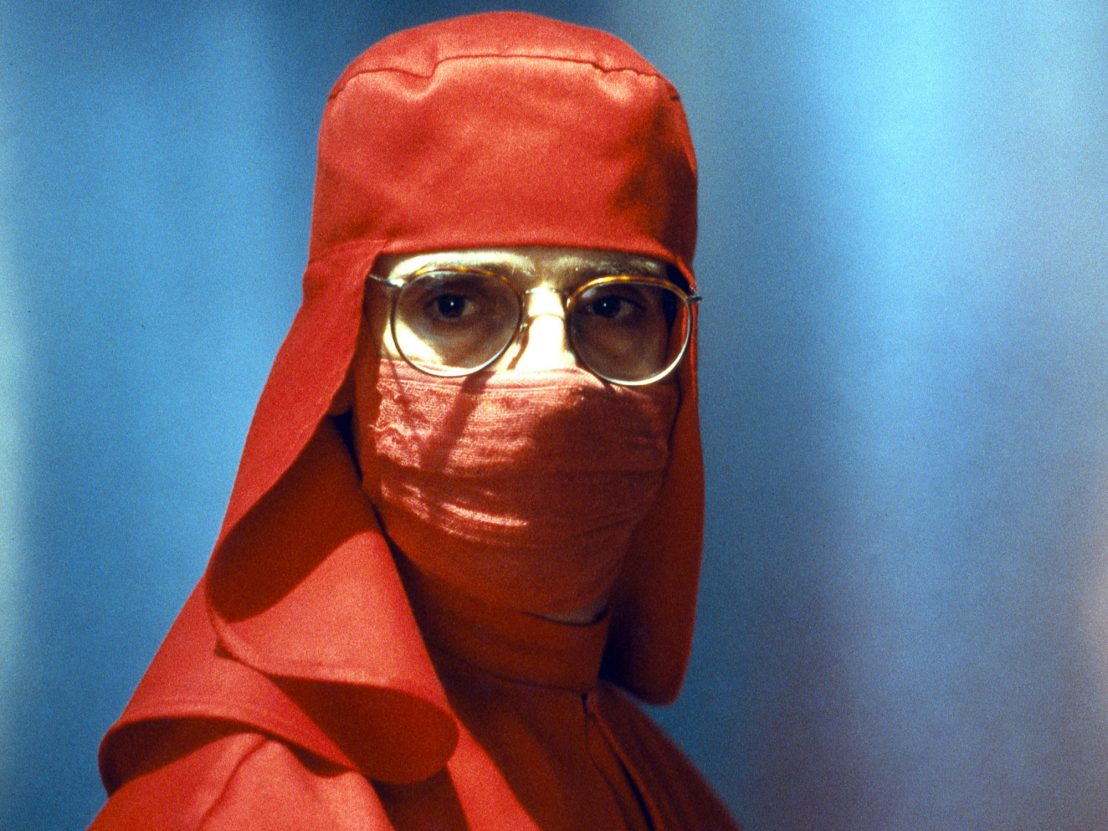 David Cronenberg’s films often probe the porous qualities of identity. Whether through parasitism and infection, as in Shivers and Rabid, or through the collapsing boundaries surrounding the body, as in Scanners and Videodrome, the relationship between the physical and mental self have long been at the forefront of the director’s cinema.

The film follows identical twins Elliot and Beverly Mantel (Jeremy Irons), charting their rise from precocious undergraduates to the most sought after pair of private gynaecologists in Toronto. These siblings, however, are not identical in every way. Elliot is a suave, smooth-talking yuppie who enjoys the more facile and vacuous rewards for his work; Beverly is a shy and gentle recluse more interested in his own private research.

This split means that Beverly is also less successful with women, although the pair have developed a system in which they are able to switch roles so that the brothers can share some of his sexual conquests. When Beverly falls in love with Claire (Geneviève Bujold), a famous actress seeking treatment for her incurable infertility, the carefully meticulous life of the twins spirals out of control. The brothers slowly descend into a mixture of prescription drug addiction, bizarre misconceptions surrounding the body and identity crisis.
Cronenberg builds an interesting binary throughout between inside and outside of the body.

The same divide is eventually crossed in Scanners, with the inside no longer requiring an outer shell. This is thematically significant for Dead Ringers too, as the drama hinges on two identical bodies evolving from housing very different personalities to being eventually shackled with a shared psychic character too. For Beverly this is especially important as he is clearly envious of his brother’s confidence. But the binary is also important in the general makeup of the film’s visual style – the general aesthetic may be antiseptic due to its narrative but it is not merely a clichéd medicinal setting.

Cronenberg imagines the outside world in a wash of muted greys, be it the endless shutters blocking the light of the windows, the blank walls and suits or the horrific “mutant” gynaecological instruments that Beverley has made out of steel when in the depths of his breakdown. It is a new, dead world, the end point of several years of Reganism’s self-reliance. Cold, moneyed and isolated.

But this grey is almost always in contrast with a vibrant red which comes to express some notion of the bodily inside. Aside from the obvious, gory set-pieces, this is seen in everything from an occasional book to the vivid red surgical garments that are worn and even the film’s medieval-infused title sequence. By creating this binary, Cronenberg emphasises the problem that the twins face, that their game of identity swapping for shallow, sexual ends is joining them further together inside and out. It’s such a strong bond that they dream of being joined physically with only Claire left to (literally) bite through the fleshy bonds metastasised to them.

With this binary in place, the brothers naturally revert back to where they started at the beginning of the film as children. This is in part due to their growing addictions, a prominent theme that aids the subsequent breakdowns. But there’s also something more psychoanalytical at play, especially in the context of Jacques Lacan’s conception of the ‘Mirror Stage’. Lacan believed that an infant developed a sense of the self from when first seeing its reflection in a mirror. What was once just another abstract part of the whole environment, now becomes distanced from it in the journey towards some sense of self and identity.

There is, however, a growing disparity between the physical and psychic self as an attempt is made to fit our authentic, inner character into what we now perceive as our outer character. In the case of Dead Ringers, this attempt is made with something even less stable than a mirror’s reflection: another, singular human being. The results are deadly as the twins slowly share the instabilities within, failing to preserve the authentic self of either. It is only through Beverly’s psychotic operation upon the imagined bond with Elliot that finishes them both. Even in death, they are still ultimately joined with both personalities lost.

“I’ve often thought,” suggests Elliot, “that there should be beauty contests for inside the body.” It’s an unusual statement, with the character going on to list possible options for potential winning candidates and categories. But in the context of Cronenberg’s twisted horror, it makes absolute sense. If only the difference of the inside could have been seen from the outside, the games of character swapping wouldn’t have been necessary or even possible. Instead, there is a final sharing of everything, from addiction to downfall, where the inner and the outer become one and the pair of authentic selves is left with only one option: oblivion.