Isabel Sandoval’s third feature, Lingua Franca, gives a voice to some of the world’s most vilified and vulnerable people. 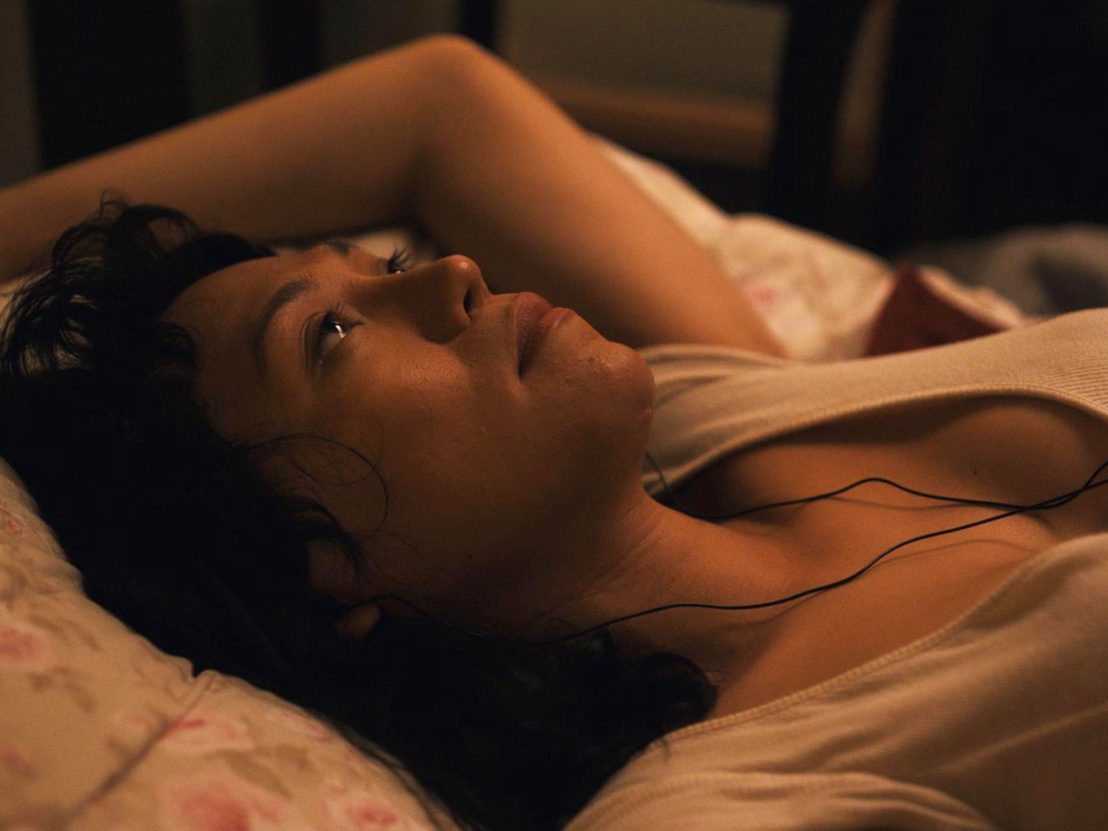 What does “the personal is political” even mean anymore? Coined in 1970, the sentiment achieved a broad and almost instantaneous plurality of resonance during the women’s liberation movement. Clearly there was a deep and shared need to acknowledge the inalienable political dimensions to the “personal realms” women had been confined to for centuries.

Whatever rhetorical detours the expression has taken along the way, it now goes without saying that aspects of the “personal,” like sex, sex work, marriage, child rearing, and domestic labor like housekeeping, constitute some of the most politically defining experiences of many peoples’ lives.

There are few directors working today who better understand the porous border between not only the personal and the political, but the present and the historical, than Isabel Sandoval. All three of her features, including her latest, Lingua Franca, interlink the past and future, individual and marginalised lives, and the corrupt political frameworks that enclose them so deftly that one begins to question why we insist on distinctions between them at all.

Sandoval was born and raised in Cebu, the Philippines’ second largest metropolitan area after Manila. Her first feature, 2011’s Señorita, takes place in a smaller city in Cebu province called Talisay. In Señorita Sandoval plays Donna, a fair-hearted yet shrewd trans woman with her feet planted precariously in two worlds. Donna has come to Talisay to take care of her son (who thinks she’s his aunt), and winds up getting involved in a grassroots progressive campaign to unseat Tiongson, the city’s corrupt, many-term incumbent mayor.

Meanwhile, Donna continues stealing back to the big city where she used to do sex work, visiting with a loyal client she comes to discover is the secret, most integral and most criminal cog in the machinery that keeps Tiongson in power. When he gifts her with a blank cheque, Donna is thrust into an ethical vice from which no good way out is easy, and no easy way out is good.

Though Señorita lacks the visual lustre of Sandoval’s following two films and is almost impossible to find online, it set the template for the kind of work she’d produce throughout the decade. She once described all three of her features as focusing on “marginalised women who are forced to make intensely personal decisions in a fraught sociopolitical context.” When asked to comment on this characterisation, she laughs, “Another way of putting it is, I’m drawn to women with secrets.”

“At their core, my films are about power and its negotiation.”

Compare the heroine of Señorita to Lingua Franca’s heroine, Olivia (also played by Sandoval), and you come to grasp not only how the world around Sandoval has changed, but how profoundly transformative the decade has been on her. She’d already come to the US pre-Señorita to pursue a Master’s degree, but production on that film and its follow-up, Aparisyon, brought her back to the Philippines. She’s now officially headquartered in New York.

She’s gone from hardscrabble fundraising and resource accumulation with her producing partner Darlene Malimas on those first two films to having Lingua Franca premiere at VIFF’s Venice Days programme and be picked up by Ava Duvernay’s Array distribution company for global release on Netflix. Most critically, since Aparisyon premiered in 2012, Sandoval has transitioned.

At every festival where Lingua Franca has screened, it has been the first feature film directed by (not to mention starring) a trans woman of colour to do so. Tunnelling further than “women with secrets” into her own thematic and narrative preoccupations, Sandoval highlights “a tension between political power and a kind of sensual or emotional power” that characterises her work. “At their core,” she says, “my films are about power and its negotiation.” It is here where Olivia takes leave of the path that Donna paved before her.

When a romance blossoms between Olivia and Olga’s surly yet childlike adult grandson Alex (Eamon Farren), Olivia’s own liminalities threaten to engulf her. “It could have been me. It was Glenda two months ago,” Olivia says to Alex after they witness ICE separate a couple in Brooklyn’s Filipino neighbourhood. “Who’s Glenda?” Alex asks. Olivia replies calmly, in a consternated tone: “Olga’s other caretaker, the woman in the picture you thought was my sister.”

Donna’s vantage point on the margins of Filipino society in Señorita provides her with the unique opportunity to affect broad political change. Olivia’s same position on America’s margins in Lingua Franca, however, is compounded by her undocumented status. It’s enough to force her in the opposite direction – she must mobilise everything she has to remain as invisible to the state as possible.

Visibility, after all, has two faces, and as miraculous as it is for Sandoval’s humane portraits of some of the most scapegoated and politically vulnerable people in the world, she’s fully aware of visibility’s liability for the individual in the context of the carceral state.Where a heroine in another film might simply lean into love with curious abandon, Olivia must “negotiate her growing attachment to someone like Alex,” who is fundamentally, despite whatever else he might be, “an American man with papers.”

These are the forces at work beneath the placid surfaces of Sandoval’s films. Nowhere is this contrast between the tranquil, painterly compositions and “roiling emotional undercurrents” barely concealed below more evident than in Lingua Franca. It is Sandoval’s most restrained work to date, and arrives in the most fractured political landscape in recent memory. “It’s a kind of dramatic irony I love as an audience member,” she says. “The emotions my films traffic in are not simple or straightforward.” Indeed, neither are the political backdrops they are so vertiginously contrasted against.

Moving into the production phase on her fourth feature, titled Tropical Gothic, Sandoval feels “a sense of my signature, or my sensibility as a director” cohering around her. “I’ve always embraced my uniqueness and my otherness,” she says. Since honouring that experience has paid great dividends for the young filmmaker so far, what better way forward is there than to “listen to my own intuition and inspiration, and see where they take me.”

Lingua Franca is released on Netflix on 26 August.