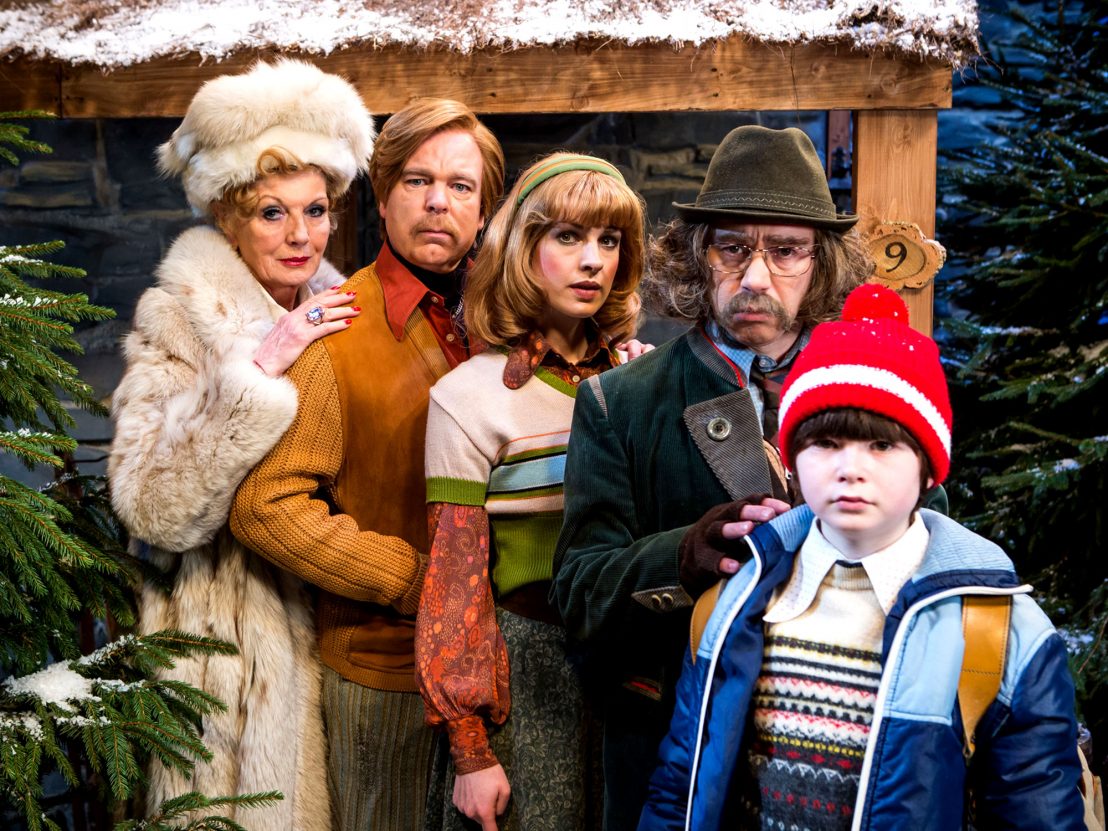 There is something incredibly unique and slightly claustrophobic about stories unravelling in one location. Every decorative feature, every aspect of that particular environment becomes a part of the story, adding to a specific atmosphere, a silent warning of things to unravel. Hitchcock’s Rear Window, Michael Haneke’s Funny Games and John Hughes’ The Breakfast Club are all perfect examples of characters and storylines given the freedom to evolve in an otherwise confined setting – and they do so in a manner that wouldn’t be possible in a fast-paced, constantly changing environment.

Many classic murder stories have stuck to this format due to the strange, haunting sensation that mesmerises viewers: the idea of an evil entity being among us, the thought of a stranger roaming through our own private homes and, most importantly, the shock value of understanding that one does not have to step outside of their comfort zone to be met with tragedy – that an entire murder scene can unfold behind the four walls we call home.

Inside No. 9, the brainchild of Reece Shearsmith and Steve Pemberton, explores the single-location approach through obscure comedy and with the type of finesse only a select few writers would dare to employ these days. The anthology series’ uncomfortable mix of humour and horror is at times reminiscent of Psychovillean characters and tinges, but occupies a genre space entirely of its own. In Inside No. 9’s first two seasons, Pemberton and Shearsmith delved into Shakespearean antics in ‘The Understudy’, relived the 17th century witch hunts in ‘The Trial of Elizabeth Gadge’ and invited us to several social gatherings with twisted endings in ‘Nana’s Party’, ‘The 12 Days of Christine’ and ‘Sardines’. Each episode is strictly structured in order to effectively convey the hidden themes within the story.

Take ‘La Couchette’. loosely inspired by Agatha Christie’s ‘Murder on the Orient Express’, it follows six people sharing a sleeper carriage on an overnight train. While the episode is a comical mystery at its core, it introduces a type of realism in its choice of characters: a typical mix of travelling folk you might meet on such a journey, none of whom would naturally interact in any other type of setting. As would be the case in a stage production, the audience is fully aware of its own entrapment as the carriage setting does not allow focus on anything other than the cramped space and the characters awkwardly moving within.

Similarly, the strongest episodes of the first season, ‘A Quiet Night In’, used the vast space of a modern, architecturally striking building for a beautifully choreographed near-silent episode that merged dark comedy with physical slapstick in a most imaginative way. It follows two robbers (Shearsmith and Pemperton) as they try to overcome increasingly complicated obstacles in an attempt to steal a valuable painting in the aforementioned house. The residents, played by Oona Chaplin and Denis Lawson, are so wrapped up in their lover’s quarrel, so intent on freezing one another out in icy silence, they are unaware of the happenings around them. Different arrangements of Rachmaninoff’s ‘Piano Concerto No.2’ can be heard throughout the majority of the episode, adding a feeling of weight and melancholy to the couples’ respective positions, and a basis for Shearsmith and Pemperton’s clumsy footwork.

As a little seasonal treat, and by way of a primer for its third season, this year Inside No. 9 has given us a Christmas special of the seemingly kitsch variety. Set in 1977, ‘The Devil of Christmas’ follows a young family settling into their alpine cabin in Austria on “Krampusnacht”. Initially we’re met with all the merits of a tacky soap opera style Christmas legend, complete with exaggerated facial expressions and long dramatic pauses designed to dupe us into believing the story might very well end on a moral note. But as the director’s commentary kicks in, it becomes clear this is far from an ordinary Christmas story.

While dark themes enter the conversations – Krampus’ search for unruly children and his potential want for family matriarch Kathy’s (Jessica Raine) unborn child, her mother-in-law’s apparent envy – the episode’s theatrical style and retro colour-coding distract us from its true genre. The director’s notes prohibit us from forming any real connection to the protagonists, but a beguiling sense of nostalgia gives false hope of a happy ending expected of festive holiday movies and episodes, in spite of its mystical, dangerous undertones. But as is typical of Pemberton and Shearsmith, they continue to explore the blackest corners of comedy, even during this most magical time of the year.

Due to ‘The Devil of Christmas’ being set up to appear like a familiar kind of low-budget, ’70s-style horror, one always expects a warped turning point. Only, in this case, we relax into it thanks to a steady pace and Fulcher’s (Derek Jacobi) account of behind-the-scenes antics. This clever construction allows for the rapid deconstruction of one genre to subtly flow into an entirely different tone altogether, the episode ending on a surprisingly nightmarish note that abruptly cuts to the channel’s test pattern. It may not be your typical holiday cheer and mistletoe schmaltz, but it perfectly sets up the joys that are surely to come in Inside No. 9’s third full season.