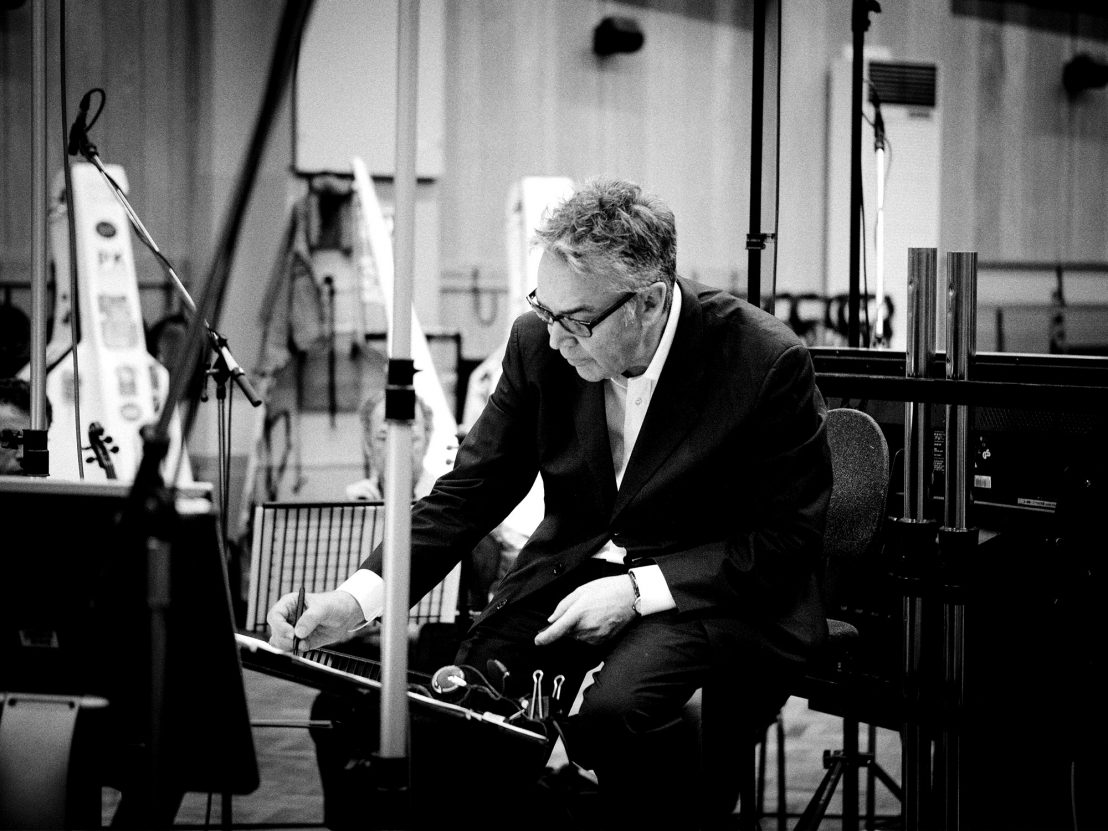 Howard Shore has been creating memorable scores for film and television for 40 years, but his love affair with music began long before that. The Canadian maestro first started studying and writing music when he was just 10 years old, learning multiple instruments and later playing in a number of local bands. At 13 Shore met a young Lorne Michaels at a summer camp near the pair’s hometown of Toronto, which eventually led to him being hired as music director of Saturday Night Live (legend has it that Shore suggested the name Blues Brothers to Dan Aykroyd and John Belushi). On his downtime from SNL, Shore hooked up with another Torontonian rising star, David Cronenberg, scoring the writer/director’s early body horrors The Brood, Scanners and Videodrome.

Since then Shore has gone on to compose some 80 original scores, achieving global recognition for his regular collaborations with the likes of Martin Scorsese, David Fincher and Peter Jackson. It was Shore’s orchestral compositions for the latter’s Lord of the Rings trilogy that earned him his first Academy Award – the apogee of an astonishing career that shows no signs of slowing down anytime soon. We caught up with Shore ahead of the special edition vinyl re-issue of his iconic The Fellowship of the Ring score to find out more about his extraordinary body of work.

“Peter and I wanted to create a film that would be true to Tolkien’s writing. We wanted to make sure that we were creating something from our hearts that felt as truthful to the ideas and themes of Middle Earth as possible. I composed the score and I also orchestrated it and conducted it when we produced the recordings. Film music is essentially about those recordings. They were done to the highest level of quality that I could achieve at the time. There was no part of it that was compromised, no stone left unturned. If I felt like I could do something better in the recording, I would go back and do it. The goal of those film and those recordings was to create something that was a classic.

“I spent about one year on each of the films, plus another three months on each of the extended additions, so it was about three years and nine months in total working on the scores. It was all done very linearly, but the biggest challenge was writing ‘The Destruction of the Ring’ which is knew I had to write at some point but really I couldn’t even begin to approach until I had lived the Tolkien stories for those two-and-a-half years. In the end I think I created those final pieces in a few days because I was so fluent at that point. I had written so much music and I was so deeply involved in the storytelling at that point that I was able to just write it from my heart.”

“This is one of the scores I’m most proud of, to what I think is a very beautiful film. It describes the world of silent film into sound film, and really it’s about the history of filmmaking, specifically the work of Georges Méliès. I did another film with Martin Scorsese called The Aviator and that also bridges the worlds of silent and sound film. But Hugo, because it has this historical reference to Méliès’ work, was probably detailed in a way that reflected his world. And, of course, the setting of the story, being in Paris, was also central to the audio environment that I wanted to create. It basically uses the sound of cafe orchestras, and I wrote the score based on the feel and the sound of those orchestra in Paris in the ’30s.”

“This was one where all the elements really came together so beautifully. I love it when the directing, acting, editing, cinematography, music, everything achieves a balance that just feels right, and I think that certainly happened with Dead Ringers. The score was recorded by the London Philharmonic Orchestra and I started working with them on Cronenberg’s earlier movie The Fly. We did many, many films together and incidentally they were also the orchestra that we worked with on Fellowship of the Ring. That score was actually written for the London Philharmonic, and that was after 15 years of working with them, starting with The Fly in 1986. I knew the players really very well by that point so I was able to create the score specifically for them.”

“This is another Cronenberg film, and it was a special one for me because I collaborated with Ornette Coleman on it. I had known Ornette for a while having worked with him a bit in television, and because of his connection to Burroughs – ‘The Shape of Jazz to Come’ and ‘Naked Lunch’ were released very close together in the late ’50s – I just thought it would be great to include him in the recording of the film’s score. Working with Ornette was really wonderful, it was very open and free just like his own music. All those recordings were done live and I was able to create a world with him in the studio. I could write in and out and around him, exploring different corners of the film, so that was really a thrill.”

“The first film I did with Martin Scorsese was After Hours, which was an all-electronic score – there were no microphones used. We picked up our relationship again for the film Gangs of New York, and from there we did a series of films together including The Aviator and The Departed all the way through to Hugo. He’s not only a brilliant filmmaker but also a brilliant historian, and it’s a joy to work with him and his great editor Thelma Schoonmaker. The connection between Martin and I has always been through music, that’s been the key to our relationship I think. Early on in my career I focused mainly on electronic music, which is something I first started experimenting with in the 1960s. By the 1970s the technology has progressed to the point where I could start using electronic compositionally.”

“The Scanners score was an electronic score produced using almost all analogue techniques, but Videodrome which came a few years later was done using an all digital system. I wrote the score by hand and then inputted the score into a Synclavier II, which was a relatively unique digital synthesiser at the time. And then I assigned samples, often sounds that I had collected or industrial sounds or animal sounds that were slowed down. Back then I was interested in the electronics in a more abstract way – this is all pre-midi, so using the electronics in tonal ways. From Videodrome, those techniques then went into Silence of the Lambs, the Jonathan Demme film, and continued into David Fincher’s film Seven. So there’s an interesting thread in my work running from Videodrome all the way through to Seven.”

The Lord of the Rings: The Fellowship of the Ring – The Complete Recordings is released on 6 April via Rhino Records. The remastered 5-LP boxed set collection is limited to 5,000 individually numbered copies pressed on red vinyl.