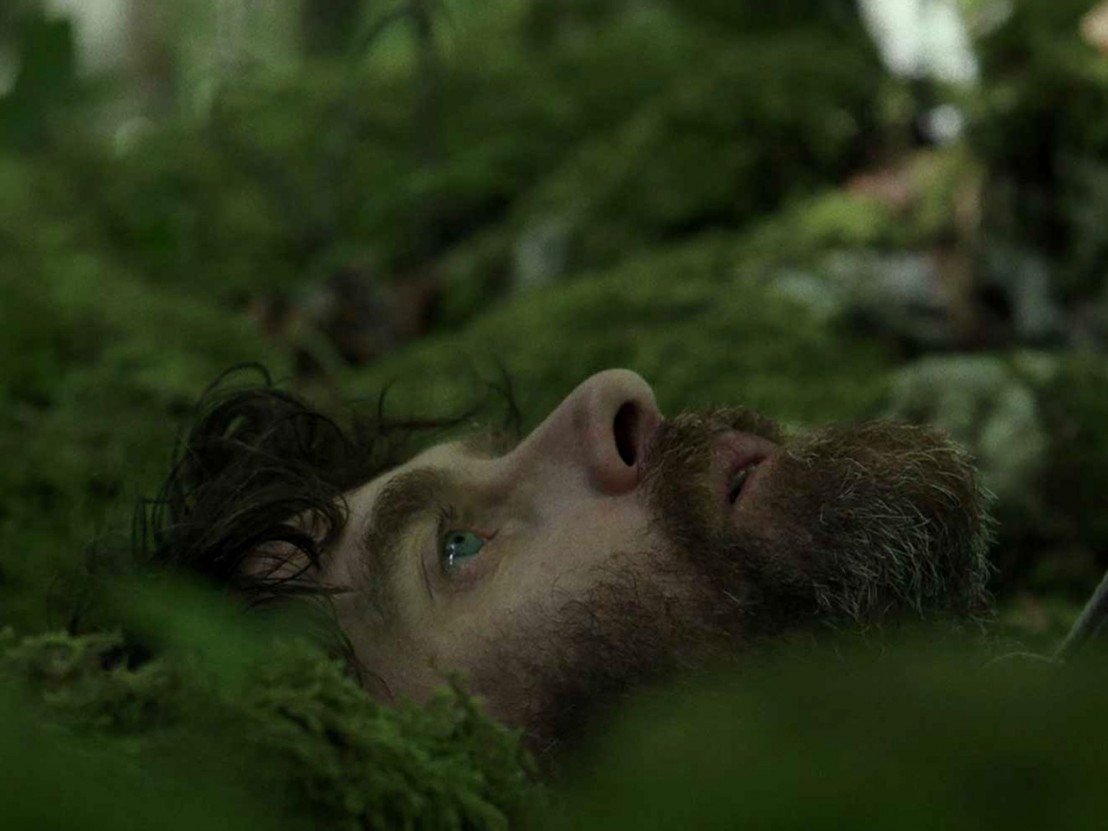 It often seems quite natural for filmmakers to shoot outside when the budget allows them to. Tom Geens’ second feature, Couple in a hole, tells the story of John and Karen who, for some reason, decide to live in a forest located in the Pyrenees, where the majority of the film was shot. Here Geens reveals why, when shooting a low-budget movie on location, it’s important to adapt to your natural surroundings.

Know what tone you want to achieve

“My first feature film, Menteur, became a realistic movie purely out of necessity. It was a very low-budget filmmaking. It became very insular, intense, almost like a bad trip. That was the most magical realistic dimension of the movie. Couple in Hole tells a story that happens after a trauma and it is set in a forest. Instantly, the location adds a kind of mystique to the story. It becomes magical because it feels like an Adam and Eve re-enactment. Magical realism was a lot stronger in this film, purely because of the environment we worked in.”

Prepare to be flexible

“You can prepare as much as you like but once you get there, it all goes out of the window. The Pyrenees are such an overwhelming space that you can’t impose what you want. You have to find it there and you have to totally adapt to what the nature is. There is an infinity of amazing potential shots in the Pyrenees and in Buckinghamshire. What I’ve learned is that you can only prepare yourself to be flexible. And it all starts when you’re doing the location recognition. If I had to shoot in such a wild environment again, I’d do things differently, of course, but it all depends on where you decide to shoot.”

“Over the five years it took to make the film, finding the locations became a story in itself. It started off in Corsica and then went to Eastern Europe because I thought I needed one of those infinite forest where you can just totally disappear. The idea of the final location eventually came from a possible option of support from the region Midi-Pyrénées in France. First I was not sure whether the audience would believe that the couple could really disappear there. But it became more and more interesting because of the dynamic between culture and nature in the Pyrenees.”

“You have to find the light where it is. It was impossible to put loads of spotlights in the forest, mostly because we had a low budget. We had one day of helicopter shipping. Any location where we had to do some climbing with equipment involved enormous headaches mostly because the schedule was very tight. You have work with what you have on location. For that, the forest is always very giving, because when there’s light, there’s also non-light, and it can make things very dramatic.”

Create conflict between the actors and the environment

“We didn’t do that much preparation with the actors, the only preparation they had to go through was their diet, to get very lean. It was the confrontation with the environment that put them into their characters. It’s very hard to do rehearsals on that kind of location. We just went there and weighed up what it’s like to be confronted with the four seasons in one day [that happens in the Pyrenees]. It helped massively and it pushed the actors towards the feral and survival side of the story.”

Make the most of natural sounds

“I wanted the audience to really observe the couple’s life like a nature documentary. Somehow the natural sounds had to do the work of telling the audience what happens to them. Because of the absence of dialogues during the first few minutes of the film, you feel that there is something wrong because we detailed everything enough on a sensitive scale. After we did the rough cut, we were getting the right responses, but the sound mix was a nightmare. I had underestimated how important each sound was going to be and how meticulous it had to become. I wanted to make the film a real celebration of the sounds of a forest but we panicked, we totally suffocated the film. It had to go back to a more contemplative level. Because what this couple is looking for is silence; and in the forest actually, silence is impossible.”

“You don’t hear music during the first 15 minutes of the film. We set up the beginning of the story like a nature documentary, creating expectations for the audience. When the music kicks in, it changes the tone of the film. And it’s a risky thing to do but it’s what I like when I go to see a movie. It creates a very divisive story and I like that because I want films to be something people will talk about rather than thinking, ‘What did I just watch?’. The whole spirit of Couple in a Hole is about wrong footing the audience: you introduce a sense of comfort and then you subvert it. The music had this dynamic in the sense that all the rhythms jar, but they make things that feel wrong on their own work together.”

Take care in the studio

“In the studio, it’s all your own creation. And you have to do the reverse: make sure that your creation feels natural. I wanted the hole to be realistic and to feel that there was a fluid transition between the inside and the outside. But I also wanted to add a suggestive dimension to it. There was a clear direction with lights: we wanted to make the halo coming from the outside fantastical at the beginning. And then, as the story crumbles outside, everything becomes dirty and sombre in the hole. It goes from an idyllic place to a very inhospitable and dangerous situation.”

Couple in a Hole in released 8 April.