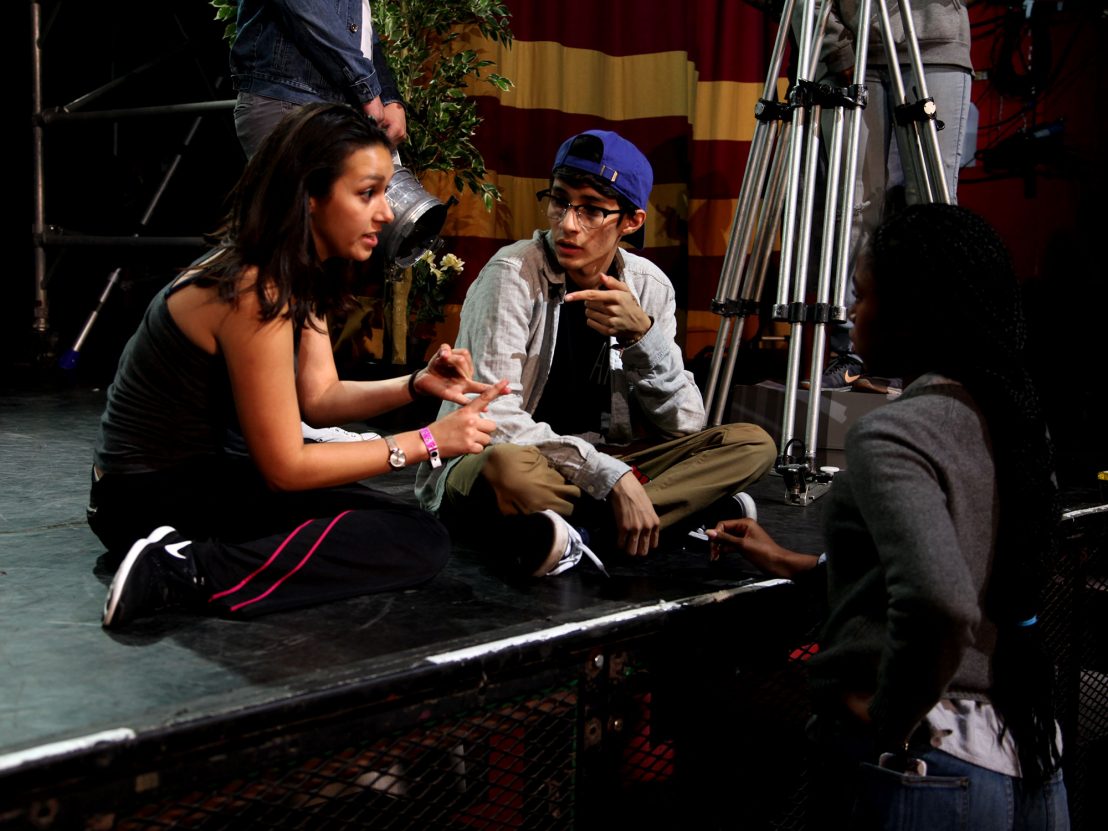 “There’s not really a diversity conversation in the States,” says Joe Hall, President of Ghetto Film School, a non-profit foundation created to support young, underrepresented filmmakers. The issue rises to the surface on an annual basis, he suggests, propelled by social-media-led campaigns like #OscarsSoWhite, only to subside again once the awards have been handed out. “The Academy [of Motion Picture Arts and Sciences] has made incredible changes over the last few years,” he adds. “But all that was thanks to an African-American woman, Cheryl Boone Isaacs” – the Academy’s current president.

Hall welcomes Isaacs’ decades of diligence, but believes that the film industry’s issues of representation cannot be solved with shiny statuettes alone. “It’s still about relationships, opportunities, access,” he says. “The talent pool is not nearly wide enough to effect change.” It was this thinking that led Hall to found Ghetto Film School (GFS) in New York’s South Bronx in 2000, later expanding to MacArthur Park in Los Angeles. Its intentionally eyebrow-raising name seeks to reclaim a word that generally holds negative connotations. Through its various initiatives, the foundation now reaches over 2,000 teenage students and early-career professionals.

As a former social worker, Hall envisaged GFS as an alternative to existing state-funded and non-profit arts projects. “It’s almost impossible in the States to find an art programme that is working with Black and Latino young people that is actually about the art-making,” he explains. “It’s almost always a scheme that is about drug prevention, violence prevention, pregnancy prevention, some kind of social factor that is used to define these young people and their communities in a bad way.” By failing to challenge their participants, Hall worries that some programmes also risk perpetuating an even more insidious kind of bigotry: low expectations.

GFS’s students are certainly not mollycoddled: “When they finish our fellow’s programme, which is 30 months, they will have done more instructional hours in class than a bachelor’s degree in the States. It’s all about rigour and hard work and discipline.” This high-commitment approach counters the accusation – common among critics of positive discrimination or affirmative action – that underrepresented applicants are often ushered into positions they are not qualified for. Such arguments obscure the reason why these practices are introduced: to counterbalance the impact that systematic prejudice and subconscious bias may have on recruitment.

Similar challenges face pro-representation initiatives, as their success is greatly determined by which mechanisms they use to select participants. These specifics are rarely the subject of media reporting – after all, they don’t tend to make for great headlines. But if this is where the talent pool of the future is being shaped, isn’t it worth diving into the details from time to time? 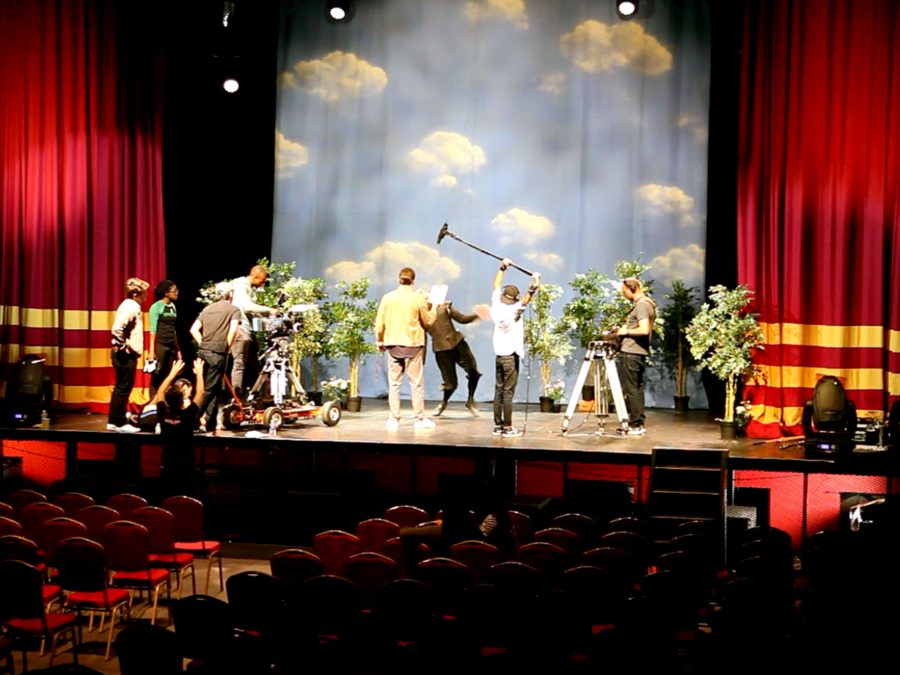 In the case of GFS’s multi-stage application process, the potential of an individual’s ideas is prioritised over the presentation of those ideas: “We’re not necessarily looking for great writing, and we’re definitely not asking any questions about their grades in school, their attendance in school.” Nor does background play a part in the decision-making: “We’ve never focused on income. We don’t target people by how much money their parents make or where they live.” While fellows do tend to come from lower-income households, this is primarily a result of where the courses are located.

In this respect, GFS’s approach is similar to that of Bold Filmmaking, a small south London-based filmmaking enterprise founded in April 2016, with which it recently partnered on a pair of short film shoots. Both are situated in areas with historically high levels of poverty, but – with the exception of students who attend fee-paying schools, in the case of Bold Filmmaking – are open to all. For Sasha Morgan, who fronts the community and education work for Bold Filmmaking’s parent organisation, Bold Tendencies, the main obstacle was disengagement: “It was hard to get those kids to apply,” she says. “Partly what we’re doing is convincing people to take a chance on us.”

Of those who registered interest, Bold Filmmaking sought to include all those who demonstrated enthusiasm and a willingness to commit. The content of each lesson was “bottom-up generated” – driven by the students’ requirements – and Morgan hopes that any future courses will be adapted to meet the number and needs of applicants. In this respect, Ghetto Film School and Bold Filmmaking provide contrasting models for working with young filmmakers. The former is more rigidly organised, taking influence from the USC School of Cinematic Arts course that Hall himself attended; the latter is more reflexive and experimental.

Given their collaborative film productions, the results of which were presented to leading industry figures at a recent BAFTA event, the approaches are clearly compatible. At their core, they have a shared goal to both combat underrepresentation and, as Morgan puts it, strengthen “the lifeblood of what the industry can do.” As such, it is unsurprising that film companies are willing to offer support. Twentieth Century Fox, for instance, provided mentors for the productions. Though Bold Filmmaking and GFS both receive public funding – and the latter also earns its own income through its alumni-run production company – commercial sponsors remain valuable.

“Thank god for the companies, otherwise we wouldn’t be around,” Hall says. “My rule has always been: if you are able and willing to give us the money to do the programme as we think it needs to be done, then I’m all for it.” If such support is available, why aren’t more initiatives starting up and following suit? In the States, Hall suggests, the government could act as “more of a bridge between the two worlds – the on-the-ground community infrastructure and the industry as a whole.” In both the US and the UK, an increase in filmmaking lessons via public education systems or publicly-funded programmes is essential, though unlikely to be forthcoming.

“Why would anyone expect a smart, talented 15-year-old to pursue this if they don’t know about it?” Hall asks. The question is at the crux of Ghetto Film School and Bold Filmmaking’s existence. Campaigns like #OscarsSoWhite are macro-scale responses to inequality in the film industry. By improving the visibility of underrepresented groups – whether through vocally supporting the stories shown onscreen or the people behind them – they hope to increase the number of role models that will be seen by a younger audience. This could be termed as a ‘top-down’ strategy, in its conviction that changes made at the film industry’s highest tier will lead to progress to across the board.

This approach certainly has its benefits. Speaking about the importance of visibility, Morgan tells us, “Some people say that there are only a limited number of archetypal stories that exist out there in the world, but the nuance of how they’re told and the context in which they’re told is really powerful. It’s why we can still listen again and again to the story of the failed hero, and find some resonance with tragedy in our own lives.” But, much as moments like Moonlight’s Best Picture win at the 2017 Academy Awards may be a cause for celebration among champions of diversity, they also risk carrying with them a false sense of victory, or distracting from deeper-rooted, lower-profile concerns.

GFS and Bold Filmmaking work on more of a micro level. They are about enabling young people, in Morgan’s words, “to get to grips with the fact that this industry, this space, this art form can encompass them” as individuals. In a thank you note to the Bold Filmmaking team, one student wrote, “This rat has had his choices in life infinitely expanded.” The jump made from the start of the sentence to the end – striking in its stark contrast – is testament to the transformative power of working with young underrepresented filmmakers. There are no ‘quick fixes’ when it comes to promoting diversity in cinema. Though the annual media furore may suggest otherwise, the future of the film industry rests on more than a well-meaning hashtag.

Find out how you can get involved in your local film community at ghettofilm.org and boldtendencies.com