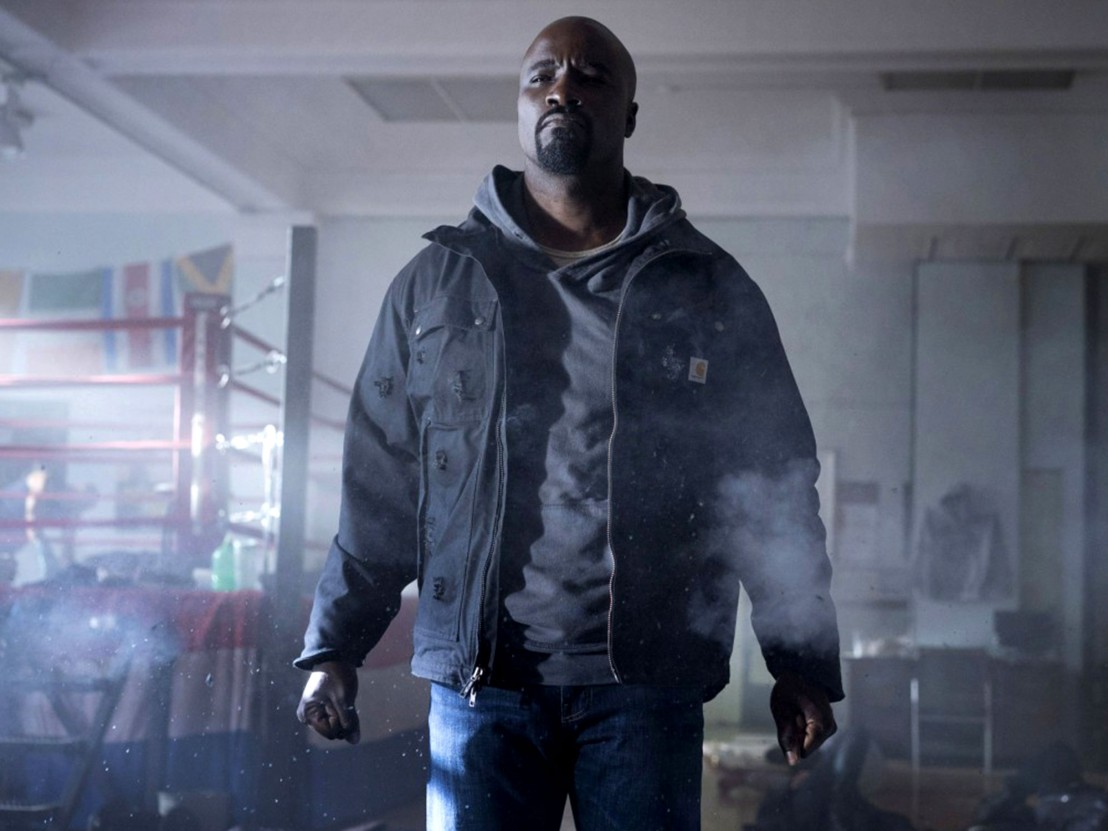 There are two schools of thought when it comes to creating TV shows and films that are, for lack of a better word, ‘diverse’. The first is something akin to the BBC’s colour-blind casting: cast actors of varying races, genders and sexual orientation, and then act like it’s no big deal. The second is to tackle the problem head-on, to acknowledge, discuss and challenge inequality, to admit that it is a big deal and make it a cultural talking point. Marvel’s Luke Cage does the latter.

The company’s third Netflix outing stars man-mountain Mike Colter as the titular hero, reprising his role from 2015’s Jessica Jones. He’s super-strong and almost entirely invulnerable which makes him perfect for protecting the streets of Harlem, namely from local gangster Cottonmouth, played with a cocky grin by Mahershala Ali.

Boasting a black lead is enough to make Luke Cage stand out among other superhero movies, but the show goes several steps further than that. Almost every main cast member is either African-American or Hispanic. Hip hop, soul and Motown infuse the soundtrack. Historic civil rights leaders are routinely name-dropped, and even Black Lives Matter earns a cursory mention. The show also directly confronts police brutality; in 2016 the idea of a bulletproof black man feels especially relevant and almost paradoxical.

The show is actually so forward thinking that it’s now being accused of reverse racism in certain corners of the internet (you know, the ones you never want to visit), with some bemoaning the fact that there just aren’t enough white faces in it. Those “critics” should have expected such progressiveness in the wake of Jessica Jones – just as Luke Cage tackles racism, that series addressed sexism, with prominent, flawed female characters and a superpowered take on abusive relationships.

Taken together, the two shows put into perspective Marvel’s surprising lack of big-screen diversity. In Marvels biggest franchise movies, unless you’re a white male actor you’re probably still stuck in a backseat, sidekick role, providing comic relief or serving as a love interest. There are signs of positive change in the form of Chadwick Boseman’s Black Panther, who debuted in this summer’s Captain America: Civil War and will return in his own solo film in 2017, joined by Michael B Jordan and Lupita Nyong’o. Elsewhere Evangeline Lilly is being upgraded to co-headliner in Ant-Man and the Wasp, while Brie Larson will become Marvel’s first out-and-out female lead when she stars in Captain Marvel. For the time being, though, any serious discussion of gender or race is typically relegated to the occasional throwaway quip.

Out of the five Marvel Television series to have aired so far, three have been fronted by either a black man or a woman (counting Agent Carter). By contrast, Marvel Studios hasn’t managed this once in 13 films, and the MCU will have expanded to 18 films before we see someone other than a white man front and centre of a Marvel movie poster. And it looks like it’s going to get worse before it gets better. The upcoming Doctor Strange faces the unenviable task of updating a ’60s origin story which fuses orientalist and white saviour tropes. Its casting choices are interesting to say the least – Tilda Swinton’s presence as the Ancient One (think: a magical Tibetan Mr Miyagi) has drawn equal parts criticism and praise for simultaneously gender-swapping and whitewashing the character.

Perhaps the best point of comparison between Marvel’s disparate divisions will arrive with Iron Fist, which debuts on Netflix next year. As with Doctor Strange, the show will follow a wealthy, white American who travels to Asia to learn the mystic arts, and it must grapple with the same timeworn stereotypes and antiquated tropes. It could be Marvel Television’s first real stumbling block, or the chance to prove definitively that anyone tired of the sea of white Avengers should make the jump to the small screen.