Gaslighting, coercion, and the mental health industry in Unsane 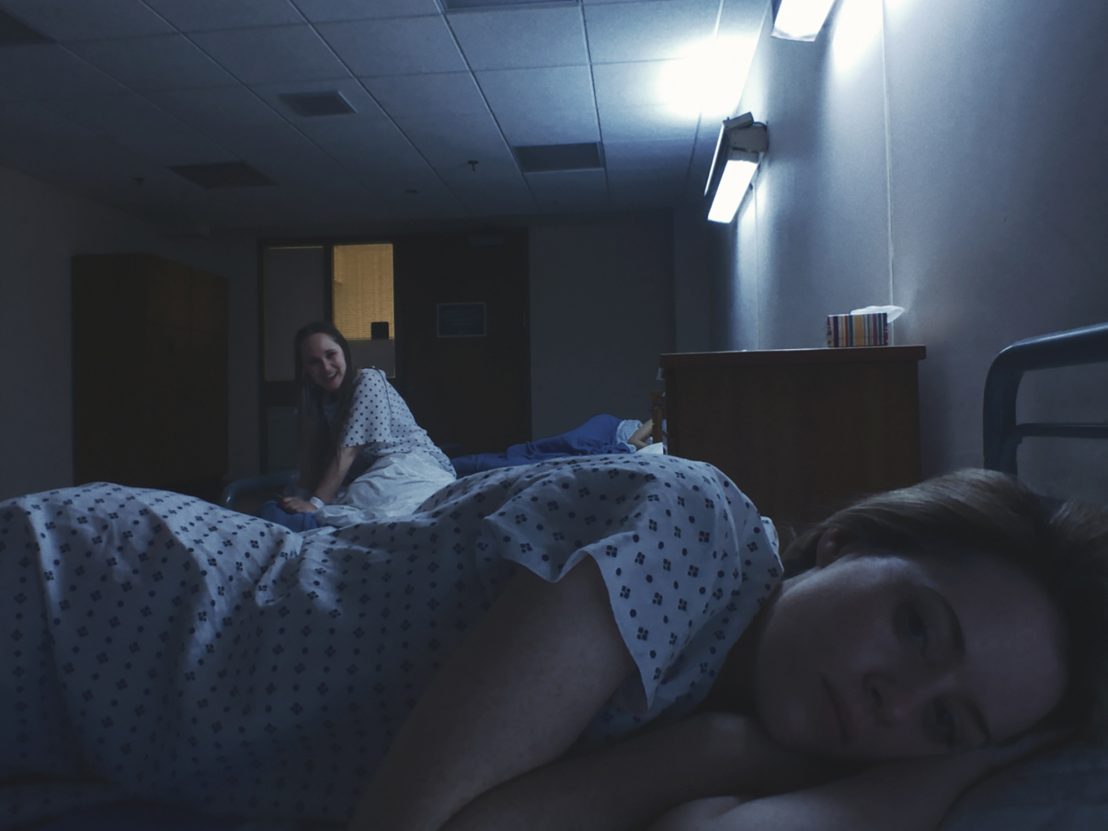 This piece contains discussion of sexual assault and abuse in a healthcare setting.

“Coercion” and “Gaslighting” are currently popular buzzwords used to describe abusive personal relationships. We have become hyper aware of these concepts in the wake of #MeToo; both are symptoms of the system of misogyny, rearing its ugly head in our personal lives. “Gaslighting” is a term rooted in the 1944 film Gaslight, and is a process of manipulating someone into doubting their own sanity. “Coercion” is also a form of manipulation, where people are made to do something either through force, or threats. For me, as a mad-identifying person, coercion and gaslighting loom largest in my life when I am around the very people who are supposed to support me with my illnesses: Mental Health Services.

Just like in abusive personal relationships, the coercion and gaslighting I have repeatedly encountered at the hands of clinicians is part of the larger structure of misogyny. Instead of supporting and validating the experiences of a survivor of early childhood abuse and repeated sexual assault, they use diagnoses as labels to blame me for the way I am, rather than the society that has hurt me over and over.

In a world where one in three women have survived sexual assault, it is convenient to blame individuals – in particular to diagnose them with disorders that focus on an issue with their “personality” – than to admit that massive systemic issues have to be fixed. I have repeatedly fallen victim to this sexist bias in how psychiatry responds to women; so does Sawyer Valentini (Claire Foy) in Steven Soderbergh’s Unsane.

In horror films, women like Sawyer (and like me) who have been through trauma are often depicted as hysterical, violent; in need of medicating and being strapped to a bed. We are often reduced to being villains. The most famous example of this is Glenn Close’s character in Fatal Attraction, but the trend has been a widespread phenomenon that has existed since the beginning of the horror genre. We like to watch “mad” people unravel. We like to watch “madwomen” unravel even more.

The way Sawyer’s journey is depicted, is part of a series of images that are repeated over and over, not only in horror films, but in other images of mental distress. There is a hunger for images of “madwomen” in our society, specifically of “madwomen” during the process of descending into mental ill-health, and there has been for a long time. When we look at Charcot’s famous photographs of hysteria from the 1800s, it is the photos of hysterical women, in various states of decline, that have been remembered and reproduced, and not the photos he also took of male patients. 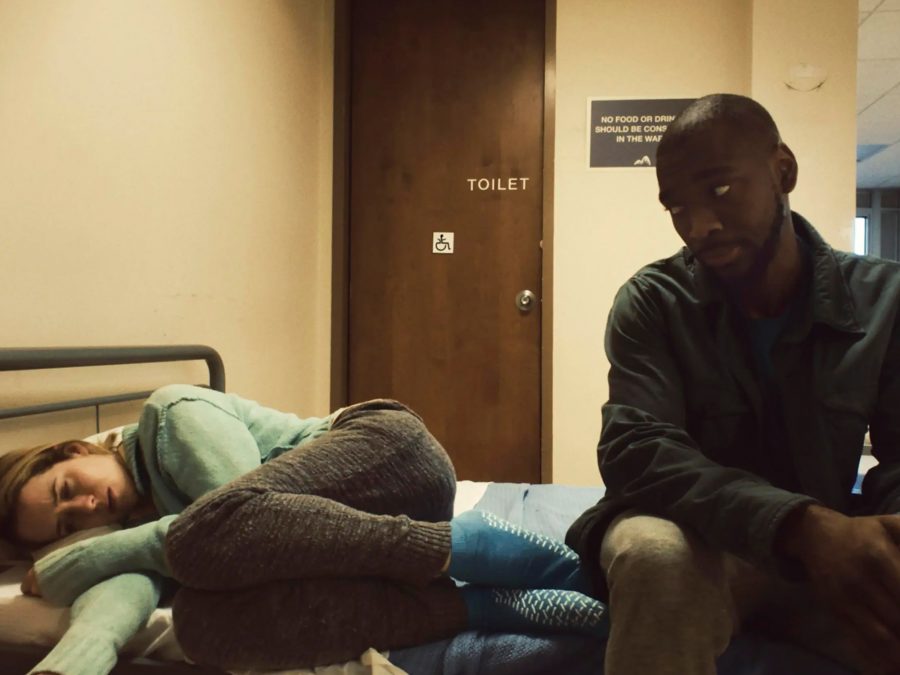 In horror films, characters like Sawyer, Alex in Fatal Attraction, Su-mi in A Tale of Two Sisters and Madison in Malignant are depicted with greater relish and attention to their decline, than “madmen”. Whilst we question what is going on with Sawyer’s mental health in Unsane, and vividly see her unravel through the use of fish-eye lenses, and Claire Foy’s powerful performance; there is no questioning of Micheal Myers’ sanity in Halloween, or in most other depictions of “madmen”.

We don’t watch in twisted fascination as Myers descends into mental distress, in the way that we watch Claire Foy put everything she has into the sane/unsane dichotomy, because his mental ill-health is a permanent feature. This generally isn’t the case when horror films focus on the sanity of women. Instead audiences want to see Sawyer scream, and fight, and spit, all whilst being uncertain about her motivations and state of mind. Claire Foy does it all.

In Unsane Sawyer is admitted to a psychiatric hospital after signing paperwork that she assumed was to get outpatient help with her trauma-related anxiety. Sawyer has just moved to a new city to escape a stalker who made it impossible to continue with her life as it was. As in a lot of horror films, the is-she/isn’t-she mad dynamic plays out, with the audience unsure if Sawyer is hallucinating that a member of staff is in fact her stalker and also questioning whether Sawyer should be in hospital or not.

For a director making a horror film, Soderbergh is actually very realistic in his depiction of this. Women are regularly doubted when they express how they have been abused by men; and women who are perceived to have a mental illness even more so. When I have talked about sexual assault to psychiatric staff, they have frequently dismissed me by instantly changing the subject, or making it otherwise clear that they don’t believe me. This then affects the care I get from them, just like it does for Sawyer.

What is clear, however, is that members of staff repeatedly gaslight, coerce, drug and restrain Sawyer, starting with convincing her to sign papers to commit herself, and continuing by gaslighting her when she insists that she doesn’t need to take up an inpatient bed, and then later when she is in danger. If the staff had taken Sawyer’s concerns seriously they could have avoided the violence that makes up most of the third act of the film, but in some ways that is beside the point.

Ignoring and drugging patients doesn’t help them. Even if someone is hallucinating, even if someone has zero grip on reality, they still need to be listened to in order for them to be treated properly. Sometimes I am convinced that people have poisoned my food. In reality no-one has ever poisoned my food but there is a specific reason why I have had this delusion: I feel unsafe in a world where so many people have physically hurt me in the past. 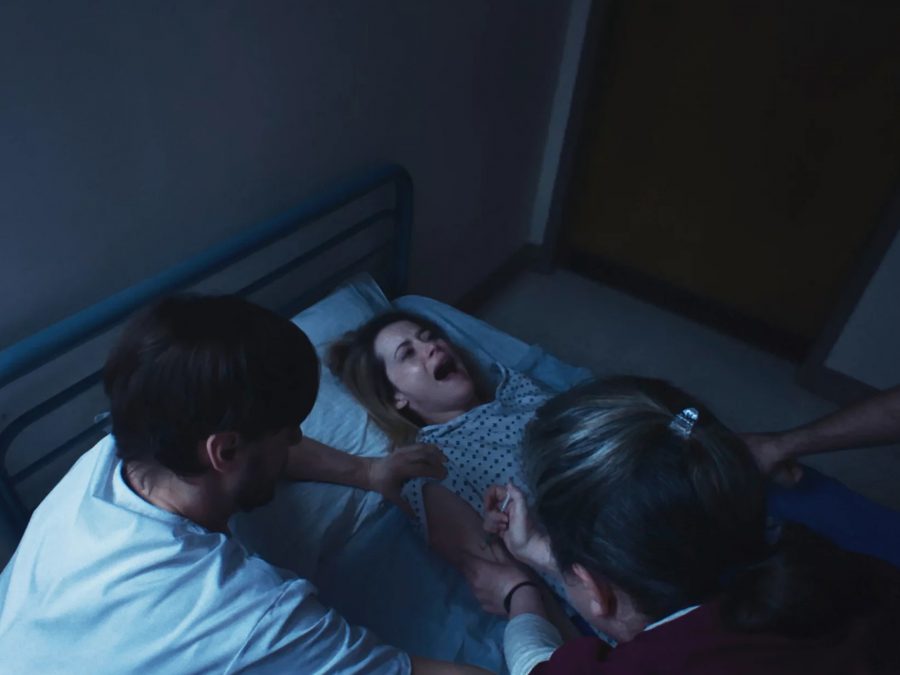 There is always something rational behind the irrational, and gaslighting, coercing and drugging patients into “behaving” rather than listening to their concerns, just makes the situation worse. And yet this is the primary focus of most mental health care facilities both in horror films like Unsane, and in many of the real-life hospitals and outpatient units I have found myself in.

In this way, horror films – often criticised for poor portrayals of mental health – can actually prove useful. Their cinematic exaggeration of the coercion, gaslighting, and other forms of misogyny present in the psychiatric care system can highlight and illuminate the real-life roots of these practices. Maybe psychiatrists who watch Unsane will think twice before ignoring the concerns of their patients. Maybe the general population will be able to see that characters like Sawyer are put in positions where it is impossible to prove that you are “sane”. That Sawyer’s reactions, escape attempts and violence against her stalker and other patients when provoked might look “Unsane”, but are actually proportional responses to the way she is being treated and viewed by mental health professionals.

I can no longer access mental health services; I have been invalidated and psychologically harmed by their assumptions one too many times. Yet I still have Bipolar Disorder and I will always be ill. This regularly puts my life at risk, and has ended up in a situation where I am very heavily medicated, by personal choice. I would rather take a handful of meds several times a day, than risk having to see mental health services again.

Watching Unsane makes me wonder if something similar would happen to Sawyer, if she were a real person. The film establishes that she doesn’t need to be in hospital, but she does still experience mental distress as a result of trauma, which the events of the film will have only compounded. I doubt Sawyer, like me, would ever be able to trust psychiatric staff again, no matter how much she needed help. That is not how it should be. 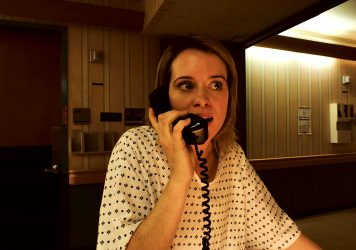 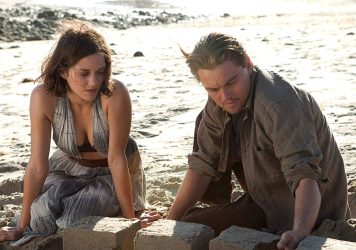 The gaslighting at the heart of Inception

Christopher Nolan’s mind-altering sci-fi seeks to redeem Cobb for his actions, but is he worthy of our sympathy?