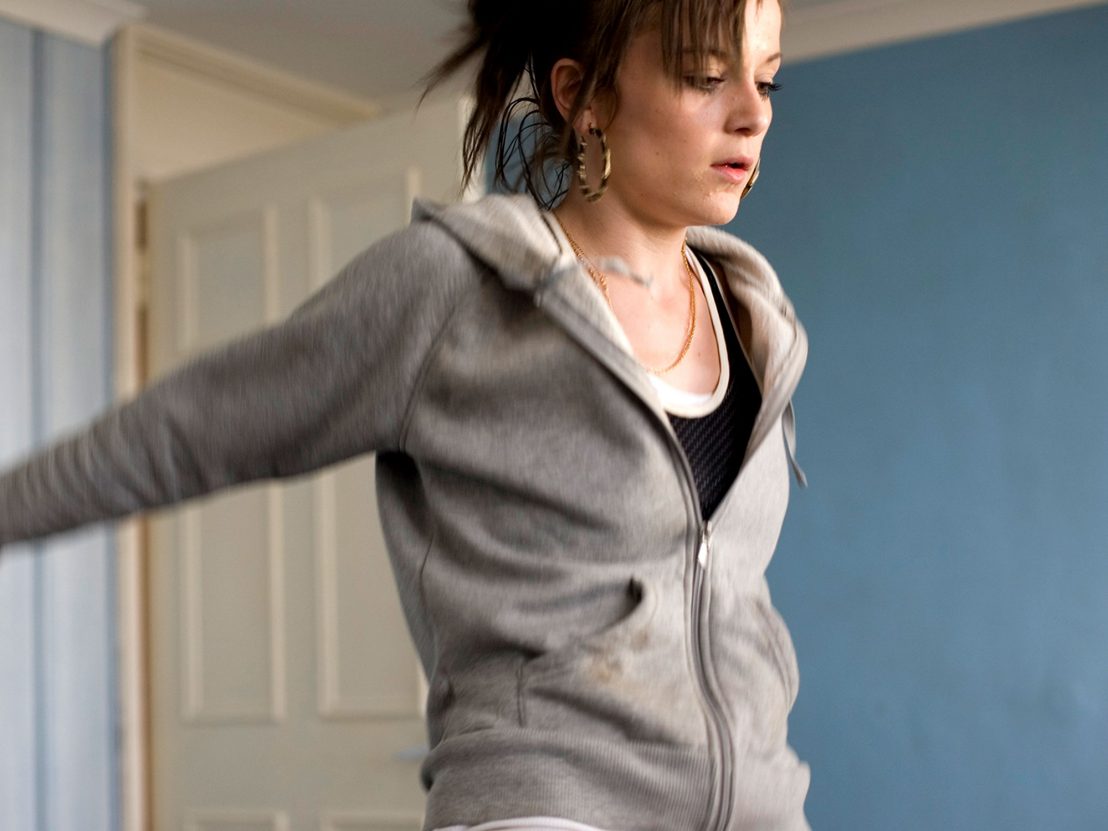 Although it arrived seven years prior, Fish Tank is in many ways the loud-mouthed, uncontainable older sister of director Andrea Arnold’s quietly pondering American Honey. Where both films explore the gap between hopelessness and faith, the former feels as though the coming-of-age genre has undergone a cynical facelift in the hands of Arnold.

The 2000s oversaw an uprising of the teen comedy, but Arnold swaps amusing teen awkwardness for enclosing despondency, and Fish Tank becomes a simple search for silver linings where there will always be hardship. Although not exactly an optimistic piece, it is Arnold’s assertion that society’s most impoverished and marginalised are deserving of a spotlight. But, a decade on from the film’s release, has anything changed for all those children imprisoned by poverty?

Fish Tank opens with scenes of hoodie-clad teens with huge hoop earrings and hair frazzled beyond salvation. It’s an accurate depiction of teenagedom for a large portion of Brits, and it comes complete with sticky summer afternoons at the park where dance routines are energetically practiced to 2000s RnB. Ever faithful to her roots, Arnold dutifully insists on rendering Britain simply as it is. No omissions, no airbrushing – just brutally candid, honest filmmaking.

Yet not unlike the rest of Arnold’s work, Fish Tank mutates into something far weightier than a window into the lives of the underprivileged. It becomes an ode to all the children who fleetingly experience such moments of blissful exuberance; as we familiarise ourselves with the abusive parents and predatory outsiders that gradually infiltrate their innocence, propelling them towards an adulthood they’re entirely ill-equipped for. Mia is just one example, a dancer who lives with a vicious and neglectful mother (Kierston Waring), and a sister (Rebecca Griffiths) who is just as ill-fated.

Mia’s dancing is mediocre at best – but that’s precisely the point. It’s the central motif of the film, a channel for the explosive energy she attempts to curb, the brief span of a song permitting the most ephemeral of moments to escape her unbearable reality. Standing in front of a tiny television, she enthusiastically mimics the bronzed models of a music video, bare-faced in slack pyjamas. We’ve all been there, but only in moments of half-serious, transient desire to be more than we are. For Mia, this is a life that’s perpetually inaccessible, and it’s a scene tinged with melancholy beneath the humour. 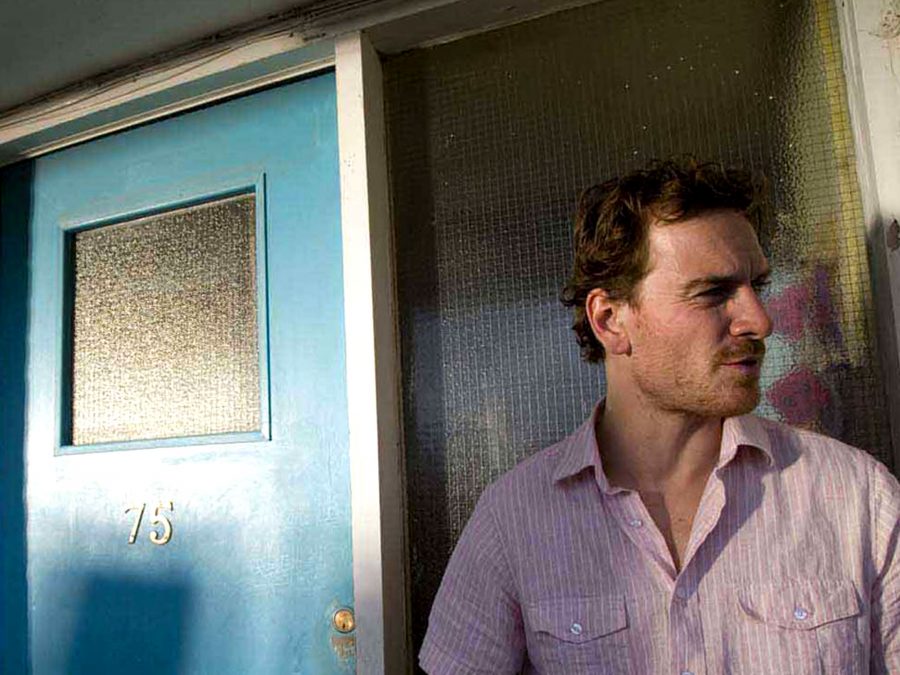 When a shirtless Connor (Michael Fassbender) arrives on the scene, the latest of her mother’s boyfriends, he becomes the first to positively acknowledge Mia’s fire. He unknowingly demolishes an emotional barrier, and consequently unleashes a distorted sexual awakening within her. Arnold’s camera trails across his body with a fixated gaze, initiating what doubles as sexual tension and a simple craving for touch throughout the rest of the film.

“She’s never even had a boyfriend before,” Mia’s mother says to Connor, but their connection is light years away from romance. Drunk and smeared with her mother’s makeup after a bid to imitate her attractiveness, Mia is carried to bed by Connor in a scene swathed in orange hues as the all-consuming attraction becomes almost suffocating. In a slow-motion sequence where heavy breathing reverberates, seemingly filling the space, Connor removes Mia’s trousers. Objectively, it feels sinister, but any nagging sense of morality is instantly hushed by Mia’s sheer delight. This is the discovery of her utopia, in which she realises that touch isn’t always synonymous with abuse.

But a love bred with such torment was never going to be straightforward. Rather conveniently, Connor has a hidden family, and this becomes the basis of the collapse of a relationship that never would have survived anyway. Shortly after, Mia has a dance audition but quits after prods to swap her sweatpants for hotpants, scraped-back ponytail for flowing locks. It’s a succession of devastation, and we return to reality alongside Mia, mourning the loss of her one love that never failed her but couldn’t avoid being corrupted by a twisted maturity too.

“Life’s a bitch and then you die”, we hear Nas rap as Mia prepares to finally move away. It’s a perfect encapsulation of what Fish Tank repeatedly preaches: that life targets ruthlessly and indiscriminately; that’s fixed, but you cope. The mother Mia quietly idolises for her natural seductiveness and snaking hips ironically stands looking rough, clumsily dancing to her daughter’s music.

It’s a resolution like no other as malice dissolves into smiles, but Arnold doesn’t permit us a happily-ever-after, instead scattering reminders of what this is all really about. Behind the reconciliation we deeply crave is a niggling thought of all that could and should have been – for Mia and so many like her. In the end, we’re left to stare into the tear-stained face of a mother whose remorse is far too late.

Through this pessimistic prism, Arnold affirms that life in poverty rarely promises improvement. While these passing opportunities to escape will surface for the few, it’s merely luck-based, and the rest will be left to continue this brutal cycle of deprivation and devastation.