How Fargo brilliantly blurs the line between fact and fiction

With its opening disclaimer, the Coen brothers’ homespun murder story lulls us into a false reality. 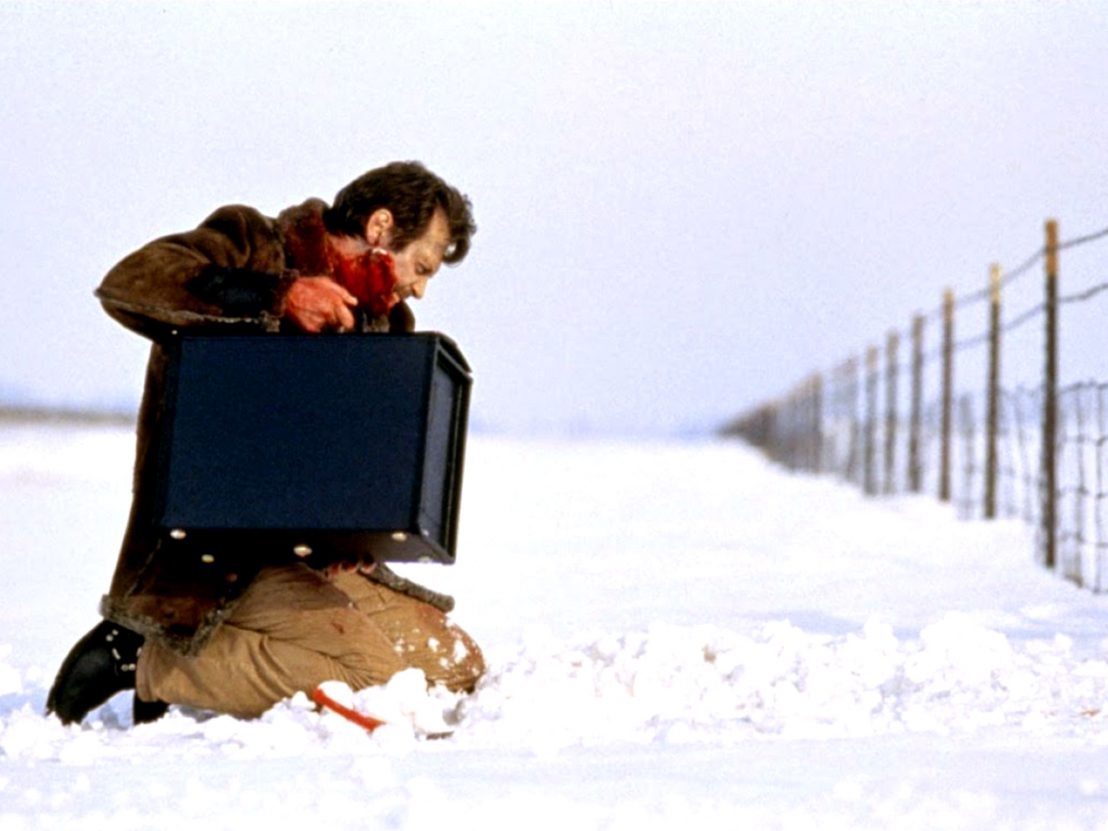 ‘Out of respect for the dead, the rest has been told exactly as it occurred’. Few are the promises in cinematic history that raise hairs and moisten palms as much as an assertion of complete fact, that what is incoming is God’s truth and you can take that to the bank, buster. In 1996, the Coen brothers made just such a promise in simple white font on a black title card, as audiences awaited the start of their snowbound ‘homespun murder story’, Fargo.

What is established in that opening frame, where the film’s raison d’etre is laid out in quasi-legal copy, is a pact between filmmaker and film lover. The Coens extend their woolly-gloved hands out courteously with a promise that you can trust them, and you take it. Of course, expectations are made to be broken. Broken, bent, reduced to a pulpy mash and spat out from an industrial woodchipper. In Fargo, fact and fiction blur into the powder-white North Dakota winter, where the snow is stained pink by the copious amounts of blood spilled.

A first-time viewer will have no doubt believing the plausibility of the film’s crimes. Why wouldn’t a struggling, middle-aged car salesman seek a hitman to kidnap his wife? Knowing the ransom money available for extortion from his wife’s wealthy father, Jerry Lundegaard (William H Macy) seems to us as the possessor of an ink-black heart and calculative mind when he reaches out to seasoned jailbird Gaear Grimsrud (Peter Stormare). The reality is Lundergaard is an incompetent average-joe with an equivalent IQ, and yet we still continue to believe.

Why? Because crimes like Fargo’s happen everyday somewhere in the US Why else? Because the Coens told us they were telling the truth, and who are we to disagree? Fargo doesn’t tell any truths though. When the credits roll, the standard-issue ‘all persons fictitious’ disclaimer takes its usual place in the proceedings. Rather than being a crime, though, the Coens liberate cinematic narrative from the conventional expectation-delivery dynamic.

When William H Macy found out that his bumbling oaf, Jerry Lundegaard, wasn’t rooted in reality, and that he had been just as duped as the audience, he confronted the sibling directors: “You can’t do that!” “Why not?” they replied. With one deft pull, the Coens unravelled the tapestry of trust between audience and filmmaker and dared us to question what was so wrong with that. In this case, linearity and truth telling are not mutually exclusive.

Of course, we now know that the truth-professing disclosure was merely stylistic flair. But the Coens set a precedent in the mid ’90s that cast a long shadow of narrative subversion, expectation-destroying filmmaking that eventually wound up right back home again. Enter Noah Hawley and the acclaimed FX adaptation of the Coens’ icy bloodbath. 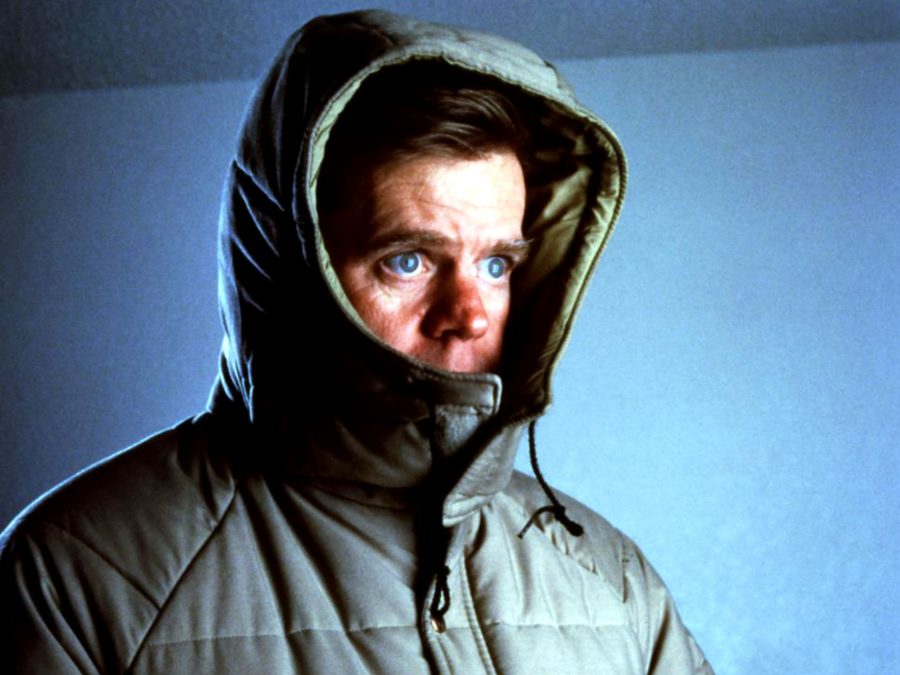 Season 2 of FX’s Fargo moved away from the both the film and the first season in terms of plot and period, but still embraced the narrative subterfuge of the 1996 original with more bravado and daring than ever before. In the pilot episode, shortly before Rye Gerhardt (Rory Caulkin), the youngest family member of a local crime syndicate, is hit by Peggy Blumquist (Kirsten Dunst) as she speeds along the icy roads, he sees a bright tunnel of light emerge from what is ostensibly a UFO in the trees.

In that moment, the 1996 audience and the 2015 audience are united in one shared gasp of bewilderment. Noah Hawley’s writing announces itself as the heir apparent to the Coen Brothers brand of narrative yarn-spinning, even if it did take a full season to get there. The title card from the film appears in season one, but it’s not until the UFOs and conspiracy theories that comprise season two that Hawley really hits his stride.

In the penultimate episode of season two, ‘The Castle’, one more narrative quirk finally nails shut the coffin of rudimentary terrestrial story-telling. “And so, we come to perhaps the bloodiest chapter in the long and violent history of the Midwest region,” informs the narrator. But what narrator, we ask? This show doesn’t have a narrator. And why is it Lester Nygaard speaking to us? A man who died in the first season, which takes place 30 years after the current time period.

In a surreal twist, Martin Freeman’s voice begins to reel off the events of the show thus far, and readies the story (visually depicted onscreen like an ornate Grimm anthology) for its violent conclusion. Hawley takes no prisoners in this fourth-wall shattering final touch, and if the film’s original hoax was mildly annoying to duped fans, then this is seismic in its narrative implications.

Fargo lit the torch for unorthodox storytelling in 1996, and Noah Hawley carries that torch aloft through the frozen plains of Fargo’s TV counterpart. Season three looms large on the horizon and, with the announced twin protagonists both being played by Ewan McGregor, its hard not to prepare for more narratorial woodchippering. The Coens have made a career out of tricking us, and we’ll keep watching as long as they are willing to do so. We like to be wrong, we just don’t like to admit it.