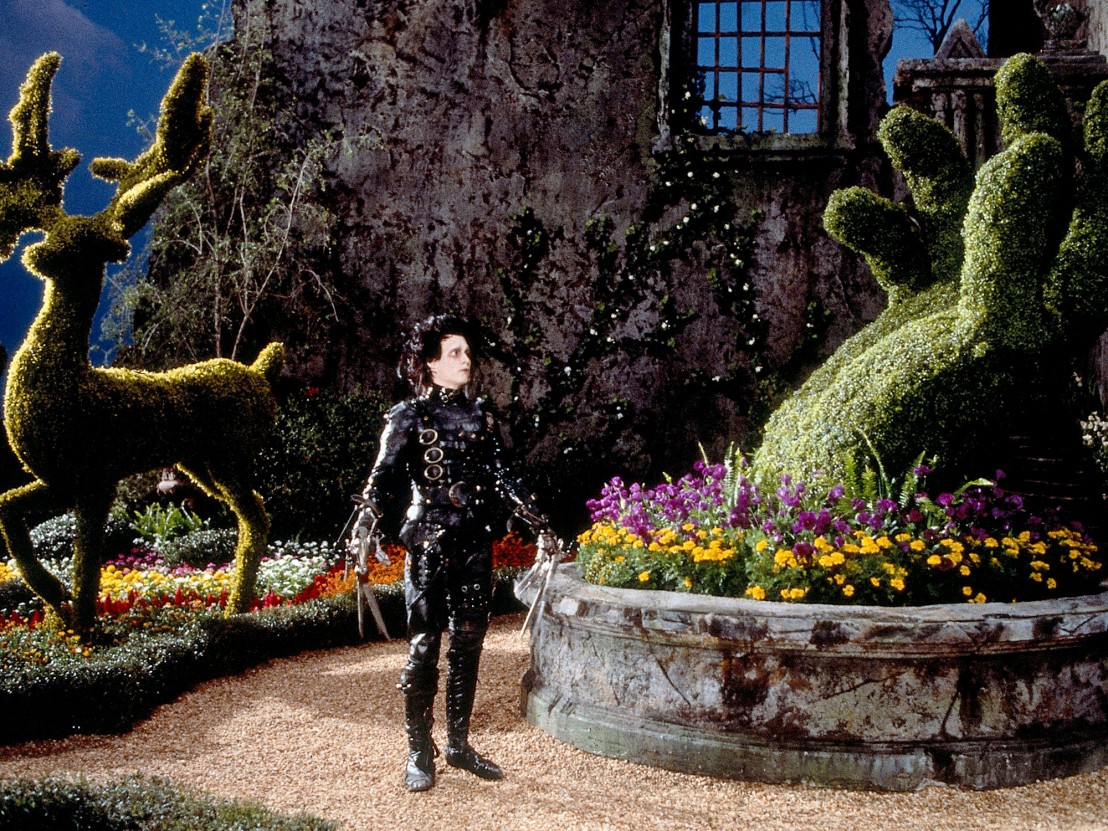 When was the last time we had a proper Tim Burton movie? One where his blood, sweat and creative juices were etched into the celluloid? One where you felt like he’d fought for every barmy aesthetic decision in order to preserve the mad vision in his head? It brings you back to the old story about a boardroom fracas involving the the title of 1988’s Beetlejuice.

Picture the scene (we’re making this up by the way): Burton in his 10-hole Doctor Martens with an asymmetric black shock of goth hair, sat opposite two corporate “creatives” with platinum wrist chains, sharkskin suites, perma-tans and ponytails. “Timbo, here’s an idea for ya – hows about instead of calling it Beetlejuice, we call it… House Ghost?” Awkward silence. Very awkward. “Let’s just call it Scarred Sheetless,” he responds, rolling his eyes, masking the contempt. The corporate guys rub their smooth chins, thinking. Hmm, that might just work…

We cannot speculate on whether or not Tim Burton is having these types of meetings any more, but it certainly doesn’t feel like it. It’s sad to think of a movie as a make or break moment for its director, but such is the case for his new one, Mrs Peregrine’s School for Peculiar Children. There are two possible arguments for this sorry state of affairs: one, director Tim Burton has – like all artists do at some point – lost some of his formative lustre. The mojo just isn’t there any more. He’s become a slave to his personal brand of ooky-kooky baroque. Two, is that everything is just fine with Tim and he’s pumping on all cylinders. It’s the audience that are no longer interested in the wares he has to sell.

During his ’90s heyday, there was a real feeling of the patients taking over the studio asylum. He was punching out experimental blockbusters like weren’t no thing. You watch 1990’s Edward Scissorhands now, and marvel how such a thing could get the green light. Maybe studios like to have a wild card in their midst, so they can at least be seen to be playing the game while releasing schlock as a sideline which is actually the mainline.

It’s Burton’s own favourite of his films, and it’s easy to see why. There’s that feeling of disruption, of a film that makes a connection as both a sentimental tidal wave, and as a silly, ironic confection. It’s a fable, but it’s also a mockery of fables. It’s morals are counterfeit, an excuse rather than a robust philosophical underpinning. Yet the emotions are real, and that’s what counts.

The film is a fantasy-romance that’s built on the macabre foundations of horror. Edward (beautifully played by Johnny Depp), is discovered in a dilapidated mansion sat on top of a hill by Diane Weist’s tenacious Avon lady which overlooks a pastel-hued suburbia. His master (Vincent Price) perished prior to his completion, leaving him to fend for himself and with giant scissor blades replacing his fingers. His leather bodysuit with its metal ringlets recalls one of the Cenobites in Clive Baker’s Hellraiser, while his blade mitts are pure Freddy Kruger. Yet he’s gentle like Frankenstein’s monster, and the film asks similar questions about the possibility of living a peaceful life but with a killer potential at your fingertips.

Edward is quickly adopted by the Boggs family, and we follow his slow but meaningful integration into polite society. He becomes a landscape gardner, a pet stylist, a hairdresser and, eventually, an accidental thief and murderer. Yet Burton and co-conspirator Caroline Thompson are more interested in the film’s dark satirical potential. Its brutal depiction of southern working class Americans pulls no punches. Though it’s easy to see the film as a superficial paean to glossy mid-century kitsch, Burton uses his outlandish, colour-coded production design to chastise these faux-ritzy communities filled with sexed-up guttersnipes, religious nuts, boy racers and porcine breadwinners. This is the conservative heartland, and it stinks to high heaven.

In fact it’s depiction of downhome, smalltown America isn’t too dissimilar to the one presented in David Lynch’s 1986 film Blue Velvet, where pristine white picket fences and plush green lawns are merely a shield with which to hide all the perversion and transgression. Perhaps Edward Scissorhands is slightly more tragic, toying with the idea of what Frankenstein’s monster would’ve been like had he been taken in by a coterie of bored housewives. The Devil makes work for idle hands, and the women in the film are all like pre-fab Jeanne Dielmans, tired of their lot as domestic prisoners and drawn to a life of casual sex and violence, to the point they reach orgasmic heights when having their hair cut. Meanwhile, the men remain comically blind to the destruction that surrounds them, epitomised by an amazingly cool-headed Alan Arkin as the Boggs patriarch.

The time in which the film takes place is indeterminate. It looks and feels like the 1950s, yet various cultural markers (TV chat shows, mention of VHS players, modern police cars) signal that it’s more like the 1980s. These people have trapped themselves in the past, and the film’s silly sense of humour is itself decidedly sweet natured and old fashioned. Edward is part man and part machine, and the film is about splicing and juxtaposing. It’s when two incompatible elements come together, but they somehow achieve fusion. Like the gothic and the ornamental, or the banal and the sentimental. Our hero is forced to flee back to his castle for a life of solitary contemplation, unable to fit in to the routines and rituals of a life where rogue elements herald either breathless excitement or deadly threat, and nothing in between.

Even if Burton is playing fast and loose with the fairy tale form, does Edward Scissorhands have a moral? Maybe it’s something to do with the suppression of the individual? Or possibly about collective rejection of The Other? Burton is often characterised as a filmmaker interested in the lives of freaks like Pee-Wee Herman, or Batman, or Victor Frankenstein from Frankenweenie, or Sweeney Todd or Willy Wonka. Yet this one extends great empathy towards his hero’s outsider status, suggesting that an unwillingness (or inability) to conform will always lead to eventual seclusion. But, as in all good horror films, Edward is revealed as a freak among freaks.

Burton was himself a freak at one time, but now the DMs have been swapped for comfortable trainers and the boundless imagination replaced with more flatpack thinking. But maybe it’s not him? Maybe it’s the fault of the system? He melted our hearts with Edward Scissorhands and then, just as easily, crushed them with the brilliant, pure-shot of unfiltered Burton that was Mars Attacks! His imagination is his blessing and his curse. He’s trapped in his castle on the hill, with only his memories for company. His most recent work hints at greatness without ever truly achieving it. Let’s hope he manages to escape and lay waste to the suburbs once more. 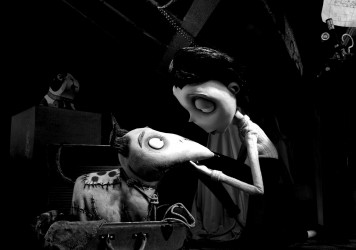