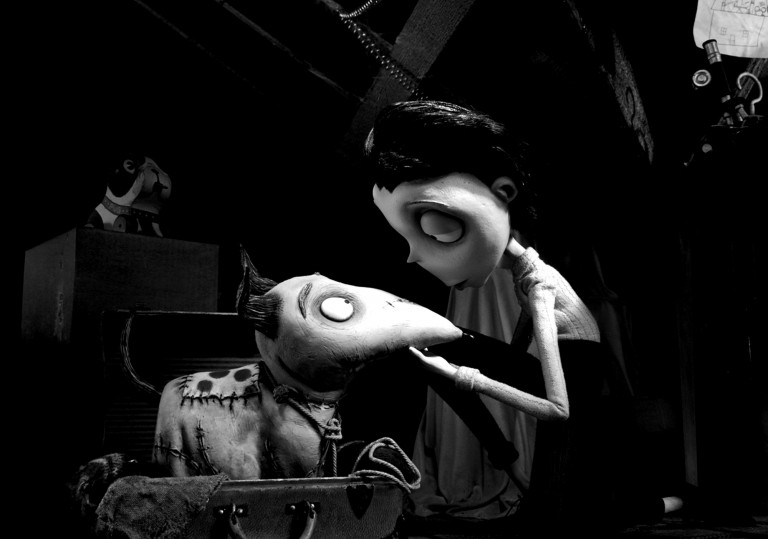 A heartwarming monochromatic gem that will win over the director’s detractors and delight his fans.

Perhaps too scary for young kids and too cute for adults, Frankenweenie is nonetheless a hugely likable pet project.

In 1984 a promising young Disney animator was given the chop for wasting the studio’s money on making a live-action short deemed too frightening for young viewers. Almost 30 years later Tim Burton has resurrected the project that almost ended his career, adapting his original Frankenweenie – which still exists in its entirety on YouTube – into a feature-length stop motion monochrome gem that might just be his best film of the last two decades.

Frankenweenie tells the story of Victor Frankenstein (voiced by Charlie Tahan), who lives in the leafy suburb of New Holland with his folks and trusty pet dog Sparky. One day tragedy strikes and Sparky winds up chasing the big mail truck in the sky, but Victor isn’t prepared to let go and with a little scientific know-how and healthy dose of homage to Mary Shelley, he miraculously brings his beloved pooch back to life. The reanimation scene itself is wonderfully composed – a lightning storm in a makeshift attic operating theatre. For a short while everything is fine, but when Victor lets his secret slip to his school chums he inadvertently sets in motion a chain of monstrous events.

Repurposing the high-contrast Americana/Victoriana aesthetic from Corpse Bride, Burton’s debut full-length stop-motion feature from 2005, as well as 1993’s The Nightmare Before Christmas, and featuring voice work from Winona Ryder, Catherine O’Hara and Christopher Lee and a creepy Danny Elfman score, Frankenweenie is vintage Burton. And yet for all that the distinct flavour of the director’s work comes from his long-standing affinity for traditional storytelling, Frankenweenie feels antiquated rather than simply old-fashioned.

Credit to Burton for offering something different, not mention deeply personal, but this joy-filled, lovingly-crafted boy-and-his-dog yarn belongs to another time. You’ll laugh, be spooked, have your heart warmed and ultimately be left saddened by the thought that, had it been released 20 years ago, Frankenweenie might have been an animation classic.

A heartwarming monochromatic gem that will win over the director’s detractors and delight his fans.

Perhaps too scary for young kids and too cute for adults, Frankenweenie is nonetheless a hugely likable pet project.