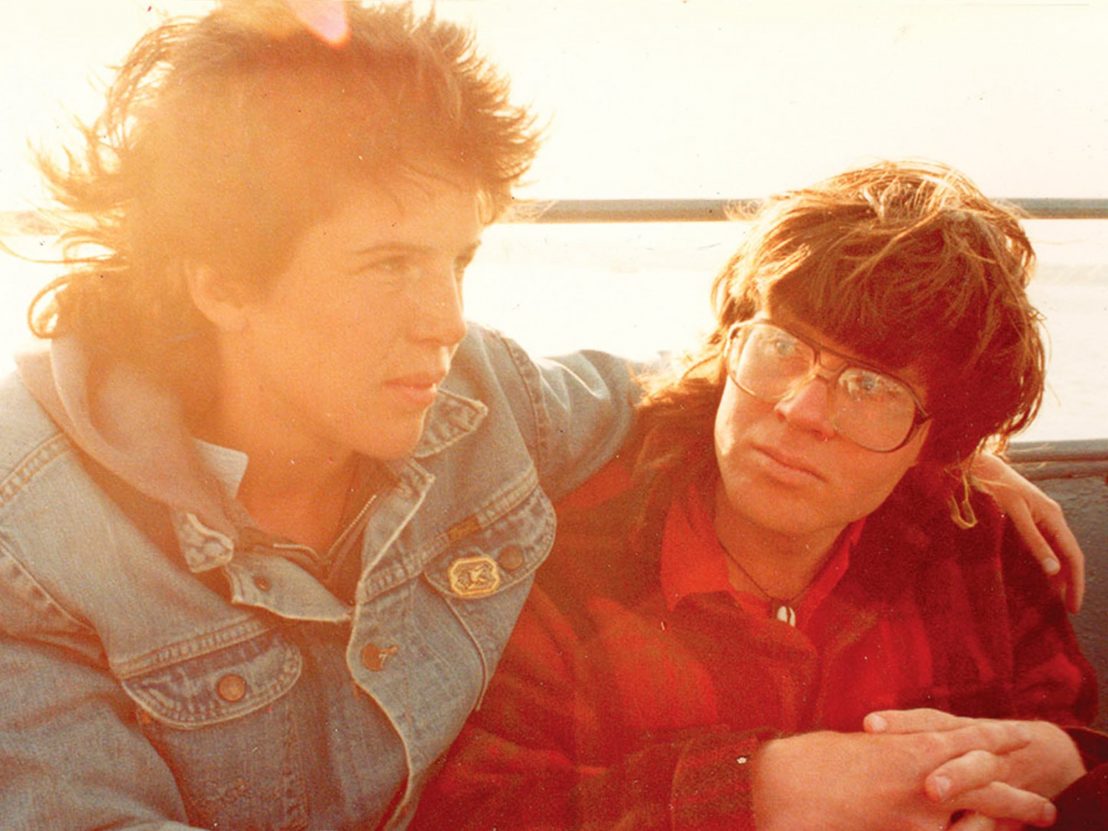 When Caroline Berler was undertaking a documentary degree at the School of Visual Arts in Manhattan, she never imagined that her final year project would include contributions from Barbara Hammer, Rose Troche or Desiree Akhavan. “I was just searching for the right story,” explains Berler, “I wanted something that would capture my voice and was authentic to me, that was something I loved and wanted to work on for a long period of time.”

Time was running out when she ran into Rose Troche, director of 1994’s lesbian cult classic Go Fish and TV’s The L Word, at a New York party. “The L Word was really important when I was coming up and coming out,” says Berler. A few months later, Berler emailed Troche asking if she could interview her for her assignment, what would became her directorial debut, Dykes, Camera, Action!.

After initially conceiving the project as a documentary about lesbian cinema in the ’90s, Berler quickly realised that the idea needed to be expanded. She began by “starting with the ’70s, when modern LGBT cinema started, and bringing it up to the future with the ’90s as the climatic moment.” As well as Troche, the documentary features filmmakers Desiree Akhavan, Su Friedrich and Barbara Hammer as well as the film critic B Ruby Rich.

Growing up in suburban Texas, Berler’s discovery of queer cinema went hand-in-hand with the discovery of her own sexuality. “My brother’s also gay and we didn’t know any gay adults growing up,” she reflects. “We were obsessed with movies and any access to a greater culture than the one we were experiencing around us. The films for me were really important because they showed gay adults having love, having relationships, and it seemed like if I moved to an urban centre I could find a girlfriend and have a nice life so that’s sort of what I did. I loved High Art and But I’m a Cheerleader. I was just glad to see a lesbian on screen.”

Dykes, Cameras, Action! reflects on the role lesbian cinema played within queer activism, particularly in the latter half of the 20th century. Activist films like 1993’s The Lesbian Avengers Eat Fire, Too were as much documentaries as political manifestos. “I think being a filmmaker is political and I think being a lesbian is political,” says Berler. “They just seem inherently intertwined to me, there’s no question about that. Film was being used as a tool for social change. When society told these women that they were wrong, they made these films and it changed the world.”

In the film, the various participants reflect on what it was like creating lesbian films without the precedent of queer cinema. At one point Hammer states that the, “patriarchal control of film history changed my life. There was definitely a need for my cinema.” Berler admits that this line still gives her chills whenever she hears it. “She delivers it with such conviction. This has been her thing for her whole life, her career has been about breaking through and she was the first to do these sorts of movies.”

Berler’s film is similarly breaking new ground: it is the first documentary to focus specifically and exclusively on lesbian cinema. While the project allowed Berler to reflect on past classics with fresh eyes, it also allowed her to discover lesser-known and forgotten works, expanding the queer canon. For example, Cheryl Dunye, who made The Watermelon Woman in 1996, and Vicky Du who made Gayasians in 2016, are two woman of colour who are often obscured from the mainstream, white-washed history of queer cinema.

As the documentary is chronological, Berler was able to pick up on recurring patterns and themes, most notably the trend towards films about lesbians being made by men, such as Todd Haynes’ Carol and Abdellatif Kechiche’s Blue is the Warmest Colour. In the film, there is a clear divide between those who believe queer films should be made exclusively by queer people and those who believe anyone can make a film about anything.

Berler herself sits in between the two arguments. “There’s something a little more authentic [about queer films being made by queer people], but that’s not to say that someone else can’t feel empathy and find something that they can connect to about someone in a story from another social group. I do think that lesbians need to be able to tell their own stories, they are the most important people who tell lesbian stories.

“I think Desiree captured it beautifully,” Berler concludes. “She says for film to matter it has to have some urgency and I think that’s particularly why queer cinema made by queer people is so important, and if you go queer film festivals, you see it brings together this community that shares this history and one they feel so passionately about. It means so much.”