Want to know what happened to the subject of viral doc Kony 2012? 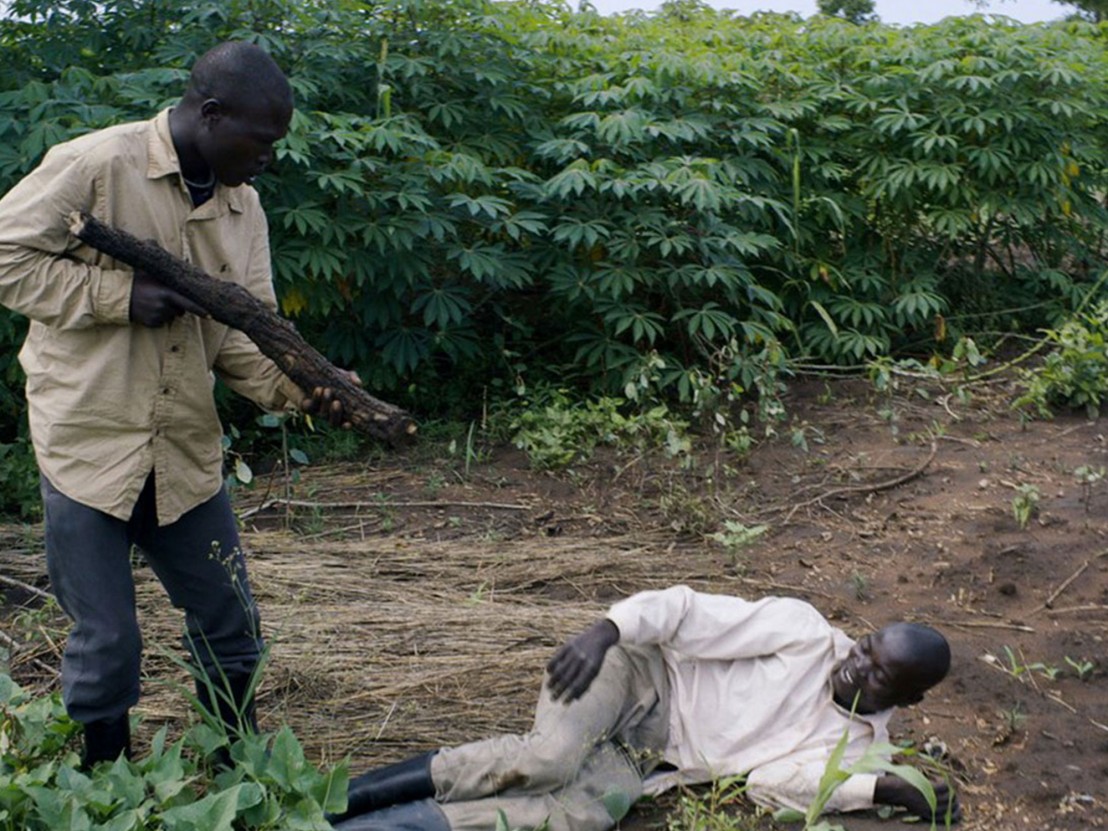 In 2012 Joseph Kony became the first warlord who’s name reached a viral level of recognition online, after the explosively popular Kony 2012 video campaign. Director Jonathan Russell had been campaigning since 2004 to raise awareness of the war crimes Kony’s rebel army had committed in Uganda, but it was the video, with its boldly sentimental images and passionate voice-over, which reached 100 million views in 6 days and turned Kony into a social media phenomenon.

The popularity of the campaign itself almost overshadowed its message. The video drew praise for its highly effective tactics, as well as criticism for the way the easily-consumed, easily-shared format simplified and exaggerated the story. Russell himself became the subject of another highly shared video after an alleged public breakdown, and the campaign became a story of the potential and pitfalls of a new style of activism.

Wrong Elements, set to appear as a special screening as part of the Cannes Film Festival, returns to Uganda and the aftermath of the atrocities that have largely been forgotten by the people who originally shared the Kony 2012 video. The documentary is directed by Jonathan Littell, who, like Russell, has a background in humanitarian work. But Littell is mostly known as an author, previously having written about the experience of violence inflicted on a civilian population firsthand in Syria, and through the fictional memoir of an SS officer in his novel The Kindly Ones. This documentary will be his first film.

Littell’s focus will be on three of the teenagers who were abducted and forced to serve in Kony’s army and, in his words, ‘their effort to rebuild their lives and go back to normality.’ The interest in the actual experience of those involved in the conflict, people who are, ‘at the same time victims and murderers, witnesses and perpetrators of horrific acts that they don’t fully understand’, suggests a more personal and thoughtful documentary in the vein of The Act of Killing.

Nothing in the film’s publicity indicates an attempt to respond to the massive impact of Kony 2012 on the discussion of activism and social media, perhaps seeking to distance itself from the campaign that is now so associated with the name. Kony 2012 called for both participation from its viewers and intervention from world governments. But with its potentially narrower reach (an international film festival) and what looks to be a more subtle emotional approach, it will be interesting to see if Littell’s film also attempts to compel its audience to action, or whether he is content to tell a less urgent and more reflective story.