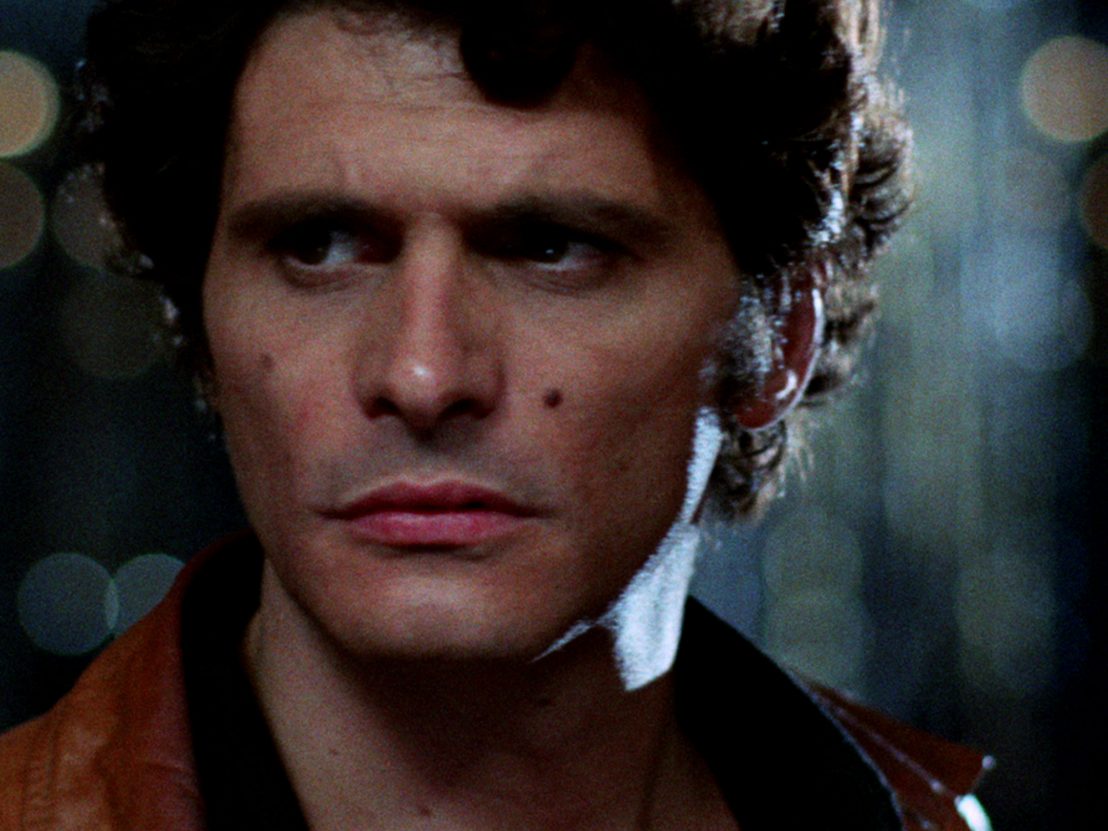 There is a sequence in the middle of Dario Argento’s assured feature debut The Bird with the Crystal Plumage which sets out the film’s stall. The hero Sam Dalmas (Tony Musante) is being chased through a nocturnal maze of Rome’s streets by a pistol-toting assassin (Reggie Nalder) who is wearing a distinctive, luridly lemon-coloured jacket. Once they get to a more crowded area, Sam is able to give his pursuer the slip and turn the tables on him, becoming the hunter rather than the hunted. Yet as Sam tracks the gunman to a function room in a hotel, he finds himself at a boxers’ convention filled with men all wearing that same yellow jacket.

The striking colour of this clothing is important here. For giallo, the Italian crime genre characterised by stylisation and sensationalism, derived its name from the yellow jackets in which Italian pulp detective novels were typically bound. There are other aspects of this sequence – the easy fluidity between predator and prey, the killer disappearing into a crowd of others indistinguishable from himself – that will resonate with the rest of the film.

Yet it is that surreal sea of yellow jackets which serves as a sly declaration of genre – and which marks Argento’s arrival as the latest pretender to the giallo crown. He fills his film with all the black gloves, flashing blades, POV shots, canted angles (courtesy of Vittorio Storaro, DoP on The Conformist and Apocalypse Now) and jaunty yet unsettling musical cues (from maestro Ennio Morricone) that were already the well-established constituents of the cloak-and-dagger genre.

Sam is a blocked novelist living in Italy with his girlfriend Julia (Suzy Kendall) and, to make ends meet, has been penning “manuals on the preservation of rare birds.” Yet one evening, shortly before he is due to fly back home to America, he becomes accidental eyewitness to an attempted murder, as Monica Ranieri (Eva Renzi) is stabbed by a black-coated figure in the modern art gallery owned by her husband Alberto (Umberto Raho). Convinced that he saw something that he cannot quite remember, Sam joins forces with Inspector Morosini (Enrico Maria Salerno) to find a killer who has already murdered three other women – but as Sam moves through a demimonde of perverts, pimps and painters, the killer is also on his tail.

Central to this narrative is a second-hand painting purchased by, and stolen from, the first victim – a painting, “naïve, but macabre at the same time,” that depicts a black-clad figure trying to murder a young woman in a snowy field. This painting is all at once voyeuristic object, a stylised record of reality, and a mise-en-abyme of a film that also confronts its own viewers with aestheticised spectacles of violent assault.

Indeed, in this most artful take on the serial killer, art itself plays a prominent rôle, used variously to disturb, to trigger trauma, to entrap, and to inspire. The painting’s artist produced it to work through his own feelings about a horrific local incident years earlier – and the events of the film, fatal as they are to some, likewise serve to inspire Sam to regain his own artistic (and sexual) mojo and start writing again for the first time in two years (and fucking for the first time in two months).

It is as though The Bird with the Crystal Plumage is interrogating the different functions performed by graphic portrayals of murder (much like this film itself), and facing viewers with their own cathartic, and possibly dangerous, fears and desires. After all, for one character here, the consumption of art leads directly to murder – so who knows what baneful influence such wide-eyed, open-mouthed consumption might be having on us.

The Bird with the Crystal Plumage is released by Arrow Video on Blu-ray/DVD edition, in a brand new 4K restoration from the original camera negative, on 12 February 2018.