Jonah Hill’s filmmaking aspirations are no secret. His debut feature, Mid ’90s, is in the works with Michelle Williams signed up to play the mother of a troubled Los Angeles teenager.

His first effort behind the camera, from 2011, was the music video for the Sara Bareilles’ song ‘Gonna Get Over You’. Now Hill has returned to the medium for rapper Danny Brown’s single ‘Ain’t It Funny’, which leaves Bareilles’ supermarket aisle antics looking decidedly tame by comparison.

Shot as a parody of ’80s family sitcoms, ‘Ain’t It Funny’ sees Brown taking on the role of a depressed, drug-taking uncle whose pain is met with belly laughs from the studio audience.

Even a mid-song pep talk from renowned director Gus Van Sant, the father of the fictional family, does little to cheer him up. (Van Sant’s appearance is probably thanks to Hill’s casting in his upcoming film Don’t Worry, He Won’t Get Far on Foot.)

Also showing up are Joanna Kerns (best known as the mother from actual ’80s sitcom Growing Pains), Instagram-famous Lauren Avery as the daughter, and a demonic son credited only as ‘This Fucking Kid’.

Hill’s well-known love of rap is likely to influence the Mid ’90s soundtrack, but we’re expecting his first full-lengther to be a less twisted affair than the hallucinatory, nightmarish scenes on display here. 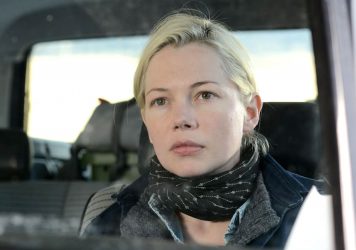 The Manchester by the Sea star is in talks for coming-of-ager Mid ’90s. 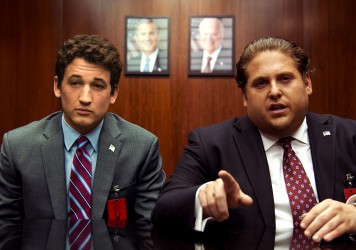